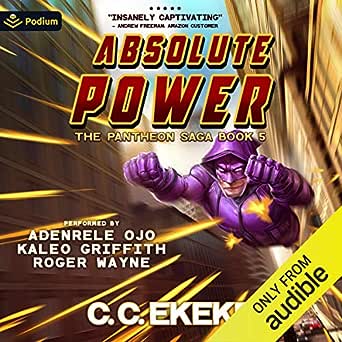 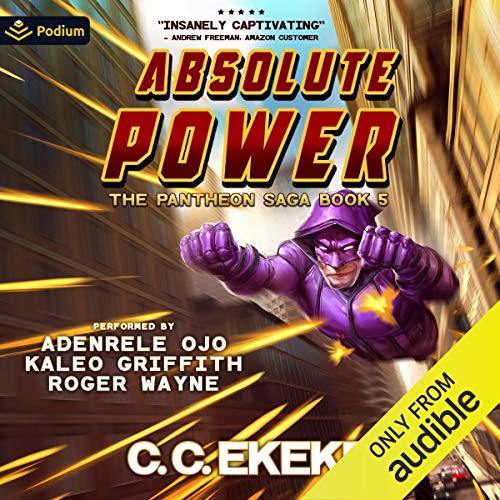 4.5 out of 5 stars
4.5 out of 5
41 global ratings
How are ratings calculated?
To calculate the overall star rating and percentage breakdown by star, we don’t use a simple average. Instead, our system considers things like how recent a review is and if the reviewer bought the item on Amazon. It also analyses reviews to verify trustworthiness.

TC
5.0 out of 5 stars One of the best superhero series
Reviewed in Canada on 22 July 2020
Verified Purchase
Great series. Most superhero prose books are nothing but the world building with no plot to them. This series has been absolutely one of the best. Things actually happen. People grow and change. Not just long drawn out conversations to explain powers in intricate detail. Loved it. Hope to see more of this world
Read more
Report abuse

Kerninmoon
5.0 out of 5 stars So far so great
Reviewed in the United States on 27 July 2020
Verified Purchase
I downloaded the series so far and binge read them. My thoughts so far:
-Great characters(its tough to come up with new hero/villain names with so much SH content out there and not infringe on some copyright somewhere)
- The incorporation of social media and its influence over the teens in the series is legit (though I dread the introduction of TikTok into future books)
-Calamaties (so often in SH fiction nothing appreciably changes. The inclusion of large scale disasters brings in that feel of real consequences for the characters)
Looking forward to future books
(PS. Thanks to the author for not continuing the gross fabrication that Scituate, MA has the best chowder)
Read more
One person found this helpful
Report abuse

Ovalvox
5.0 out of 5 stars Aegis vs Damocles coming soon
Reviewed in the United States on 14 September 2020
Verified Purchase
Looking forward to the next installment. The battle of the century coming up. Greyson is going down. I suspect a twist coming up with this. I still think Hugo and Breseis will end up together. Looking forward to more of the Paragons. Love superhero teams. I grew up with the Avengers. The real ones not the Disney movie frauds. Looking forward to the race between Hugo and that little snot Blur. I hope Geist comes out of retirement. I was wondering who Max was.

This has been one of the most enjoyable superhero novels I’ve been reading. Plus CC doesn’t take three years to write the next volume like some authors I’ve been reading. Good job CC. To think I almost stopped reading the first one because I thought the pacing was to slow. Glad I hung in there. I would have missed a great ongoing superhero novel.
Read more
Report abuse

Kindle Customer
3.0 out of 5 stars Good writing, bad world building
Reviewed in the United States on 29 January 2021
Verified Purchase
The story is fun and absorbing, with enough darkness to up the paydays. But freighters weigh hundreds, if not thousands of tons, not a few, and splashes from even a kaiju don't top miles, rather hundreds of feet, perhaps a thousand. And if you knock a hummer over a half mile', it is not a few yards off the road. Pay attention to your measures, and make your books that much better.
Read more
Report abuse

Triage
5.0 out of 5 stars FANTASTIC!
Reviewed in the United States on 13 July 2020
Verified Purchase
Another great novel from C.C. Ekeke! Just when you think the twists and turns can't get any wilder, things get even crazier for the main characters. If you're looking for a good super hero origin story in a new but familiar feeling universe, look no further. I re-read the entire series each time a new book comes out. Great fun!!! Please, keep them coming!
Read more
Report abuse
See all reviews
Back to top
Get to Know Us
Make Money with Us
Let Us Help You
And don't forget:
© 1996-2021, Amazon.com, Inc. or its affiliates