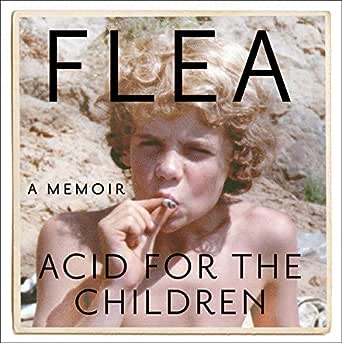 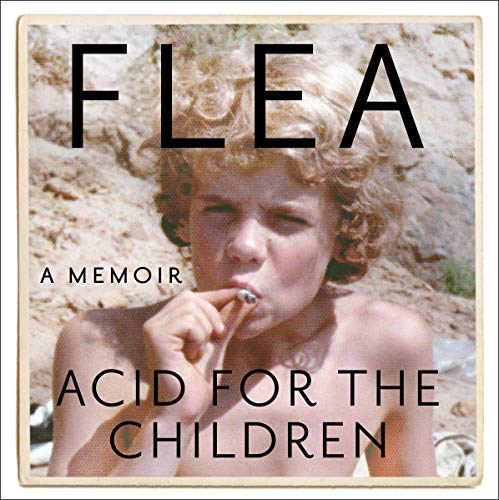 Acid for the Children

4.7 out of 5 stars
4.7 out of 5
2,036 global ratings
How are ratings calculated?
To calculate the overall star rating and percentage breakdown by star, we don’t use a simple average. Instead, our system considers things like how recent a review is and if the reviewer bought the item on Amazon. It also analyses reviews to verify trustworthiness.

Maelsa
5.0 out of 5 stars Great easy read
Reviewed in Australia on 4 December 2019
Verified Purchase
It was a great book to read only down for me a couple of times was wishing in a couple of chapters he would of said more. But overall I really enjoyed reading it and love how the chapters are short a very easy read .
This book is more about him and his life rather than him and the band/s. If your a fan woth reading

Gillian
5.0 out of 5 stars Fantastic really inspiring comeback king. Loved his very brutal honesty about drugs and life and music. Gotta read the next book now.
Reviewed in Australia on 17 March 2020
Verified Purchase
An inspiring piece of honesty that it just goes to show what you can make of yourself through perseverance. Shit hot Flea.
Read more
Helpful
Comment Report abuse

Kindle Customer
5.0 out of 5 stars Concave & convex
Reviewed in Australia on 12 August 2020
Verified Purchase
A great read, funny amazing surprising intelligent, how did he survive, I've been to the Murrumbidgee too, I love playing guitar too.
Read more
Helpful
Comment Report abuse

Amazon Customer
5.0 out of 5 stars Awesome
Reviewed in Australia on 14 August 2020
Verified Purchase
Lifechanging ... amazing life of a kind of human we need more of in the world . I will read this again
Read more
Helpful
Comment Report abuse

Con Karlis
4.0 out of 5 stars Flea is a great person regardless of his past
Reviewed in Australia on 10 January 2020
Verified Purchase
Great book to read to gain an insight of Flea’s life growing up and how he went from constantly taking drugs to being clean for many years.
Read more
Helpful
Comment Report abuse

Kat
5.0 out of 5 stars Captivating
Reviewed in Australia on 10 May 2020
Verified Purchase
Love it. Interesting insight into a fun, spiritual, musical and talented man. Highly recommend to get to know the real flea.
Read more
Helpful
Comment Report abuse

dt
5.0 out of 5 stars great book
Reviewed in Australia on 12 December 2019
Verified Purchase
great read. Im hoping there will be a follow up.
Read more
Helpful
Comment Report abuse

Francesca
1.0 out of 5 stars Damaged
Reviewed in Australia on 28 January 2020
Verified Purchase
Purchased book as new as a gift but the front cover was already damaged
Read more
Helpful
Comment Report abuse
See all reviews

stereoworld
4.0 out of 5 stars I'm Perd Hapley and this is a review of Michael Balzarys book
Reviewed in the United Kingdom on 18 January 2020
Verified Purchase
Having almost worn out Anthony Kiedis' book, Scar Tissue, I was extremely excited to learn that Flea was releasing his own memoirs. I excitedly picked it up in an instant. It is an excellent read.

The structure of the book is a lot more segmented. Where most autobiographical works stick with the traditional a-couple-dozen-pages-per-chapter structure, Flea often summarised parts of his life, or memories in one page. As I was with my wife while she was in labour, it made it really easy to come back to.

I do have a couple of criticisms - often Flea goes into tangents (printed in italics) which break away from the context. Sometimes these were just thoughts, but other times it confused me. Is it a poem? Is it a memory? Who knows?

Also, it doesn't seem to end on a note of significance, just half-heartedly around the time of RHCP's formation. He focused on Hillel's death much sooner than I'd imagined, too (in one of his italic sections no less). I can only hope he's writing a follow up to the book as I find the story of the Chili Peppers extremely fascinating.

That said, as far as autobiographies go, this ticks all the boxes. It felt like I knew Flea a lot better after putting it down and appreciated his role in the formation of the band.

Karen
3.0 out of 5 stars This is only part one!
Reviewed in the United Kingdom on 2 December 2019
Verified Purchase
Maybe it said and I didn't see it but I did t realise this book was in two parts. I hope the second isn't so pricey.
I enjoyed most of it but he tends to go off on tangents, like when someone starts boring you with an account of the dream they had last night. Heartbreaking in parts and funny in others. I don't think I'm in a mad rush to buy the next one
Read more
2 people found this helpful
Report abuse

Yolo Minneapolis
5.0 out of 5 stars Childhood Traumas
Reviewed in the United Kingdom on 16 August 2020
Verified Purchase
I had a similar childhood experience to Flea and so Flea's experiences were triggering af for me to read through. Even so, Flea holds out hope that if you get through the pain of a damaged childhood you will come out stronger and more capable of love the other side. That's why this is ultimately a inspiring read, despite the painful experiences which cover so many of its pages.
Many people locked in the prison of early childhood trauma lose all sense of agency, and Flea's "screw it, just do it" attitude is a great antidote to this. Sadly the bodies of those who are unable to find this power within themselves litter the pages of this book.
People who have suffered chaotic childhood's are often dismissed as drug addicts or losers. Flea dismisses himself early on, until he meets Anthony Keidis who teaches him a new philosophy - to celebrate your own freakiness and embrace your individuality.
Flea's life is told as a chaotic jumble of wild incidents, probably because it was. A child and adult suffering from the affects of trauma often lead lives that are disorganised and volatile. Flea's childhood world was full of adults who were reckless and did crazy things without any rational explanation. He is forced to live on the streets, where there just isn't the luxury of thinking things through. His survival instinct pushes him into a constant search to get into some altered state or musical groove, and ultimately it is the music that saves him.
Flea's personal philosophy centres around "the spirits", forces which direct people, speak through their art, provide the unknowable order to things. it's not elaborate, but this is a memoir not a philosophy text. This barebones philosophy sees him through his ordeals and helps put them into some form of universal context.
Perhaps the most revealing incident that Flea talks about in the book is how he and Anthony Keidis would throw themselves off a cliff to jump into water, blindly trusting they will be ok. It's a raw and instinctive approach to the problems of existence, but it has served them well.
Read more
Report abuse

Amazon Customer
5.0 out of 5 stars Great read!
Reviewed in the United Kingdom on 13 November 2019
Verified Purchase
Finished this within 2 days! loved it! I didnt want it to end.
Read more
6 people found this helpful
Report abuse

Liz
5.0 out of 5 stars Can't wait to nab off my husband.
Reviewed in the United Kingdom on 5 January 2020
Verified Purchase
Given loads of stars as believe it's going to be great. It has to be. I pre ordered it over a year ago!
Xmas present (last year) for my husband who's a huge fan. Waiting for him to finish so I can read. I'm sure it'll be as amazing as the man himself. 🙃🤪
Read more
2 people found this helpful
Report abuse
See all reviews
Get FREE delivery with Amazon Prime
Prime members enjoy FREE Delivery and exclusive access to movies, TV shows, music, Kindle e-books, Twitch Prime, and more.
> Get Started
Back to top
Get to Know Us
Make Money with Us
Let Us Help You
And don't forget:
© 1996-2020, Amazon.com, Inc. or its affiliates