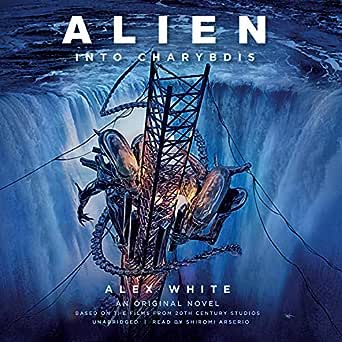 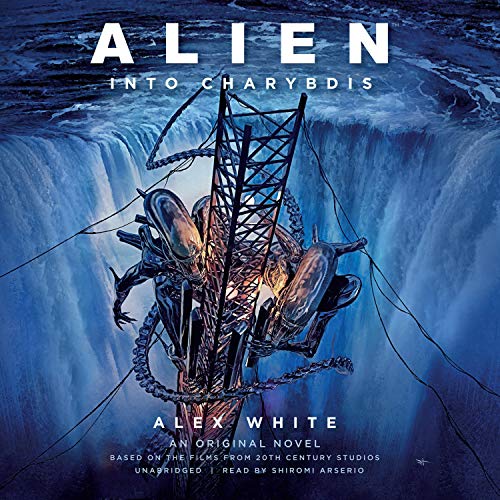 Alien: Into Charybdis: A Novel (The Alien™ Series, book 9)

4.8 out of 5 stars
4.8 out of 5
46 global ratings
How are ratings calculated?
To calculate the overall star rating and percentage breakdown by star, we don’t use a simple average. Instead, our system considers things like how recent a review is and if the reviewer bought the item on Amazon. It also analyses reviews to verify trustworthiness.

Gareth Mc Bride
3.0 out of 5 stars Good Setup:Mixed Execution
Reviewed in the United States on 5 March 2021
Verified Purchase
The book has a very interesting setup and premise. However much like his prior Cold Forge; the story has multiple things that are left unexplained. Characters have personality changes and become uninteresting as the story unfolds. I was able to see what was coming a ways off and became annoyed with characters and how things were quickly addressed or glossed over as the story unfolded. I am a big Alien fan but this one did not grab me and was just ok for me.
Read more
One person found this helpful
Report abuse

Tim Keuhlen
5.0 out of 5 stars "Hold On To Your Butts!"
Reviewed in the United States on 1 March 2021
Verified Purchase
Alex White is the rarest of rare.... a science fiction writer which expands a known ethos intelligently (and in this case, at an adrenaline paced Sprint), adding depth, both to Canon as well as Characters whilst holding true to both the feel and origins of the chosen fandom/universe.
This novel is a Must Own for any fans of the Alien franchise.... and a Masterclass on character development, world building etc.... and is a Must Read for anyone with a military, information technology, politics or monster fetish!
I fell in love with Mx. White's writing style as they delivered an in depth treatise on narcissism and sociopathy wrapped in dapper, intelligent package named Dorian Sudler.
This novel, THE COLD FORGE, and character would have been brilliant in almost any conceivable genre (from 20's film noir thriller to futuristic mega-villain biopic) ... but we get to meet him beside the universe's Other greatest killing machines... the Xenomorphs (Aliens)!

Their other novels (of which there are many, including my 2nd favorite group, A Big Ship at the Edge of the Universe, A Bad Deal for the Whole Galaxy and finally The Worst of All Possible Worlds) have garnered them some notoriety and well deserved kudos....
You seriously Can't go wrong, here!
Buy the book(s). . . And YOU will be writing the Next stellar review! ❤
Read more
Report abuse

wcucarter
4.0 out of 5 stars Pretty dang good (but not great).
Reviewed in the United States on 9 March 2021
Verified Purchase
While the beginning of the book was a little slow, by the time I was 40% of the way through, I couldn't put it down.
White was able to add real emotion to both the characters and the xenomorphs which made their interactions more compelling. Some of his plot devices were a little hokey, but all served their purpose. This is definitely worth a read if you care anything about the Aliens series of novels.
Read more
Report abuse

Matthew Wallace
5.0 out of 5 stars Superb Addition to the Alien World
Reviewed in the United States on 29 March 2021
Verified Purchase
White manages to walk a high wire. He keeps to the growing body of Alien myth and create a fresh take. To preserve without bland duplication is an artistic feat. The book is a quick read and leaves you wanting more. Narration is solid and the world building is superb. Great work -- please keep the stories coming.
Read more
Report abuse

Delaney Dunlap
5.0 out of 5 stars Excellent, a must for Alien fans
Reviewed in the United States on 26 February 2021
Verified Purchase
I am a huge fan of Alex White's Cold Forge so when I heard they was doing a new Alien book I preordered that stack of papers so quickly I almost broke my keyboard. Glad to say it was everything I wanted. I hope he continues to write more Alien books as their are the best of them.
Read more
One person found this helpful
Report abuse
See all reviews
Back to top
Get to Know Us
Make Money with Us
Let Us Help You
And don't forget:
© 1996-2021, Amazon.com, Inc. or its affiliates