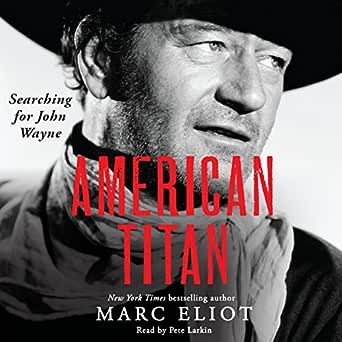 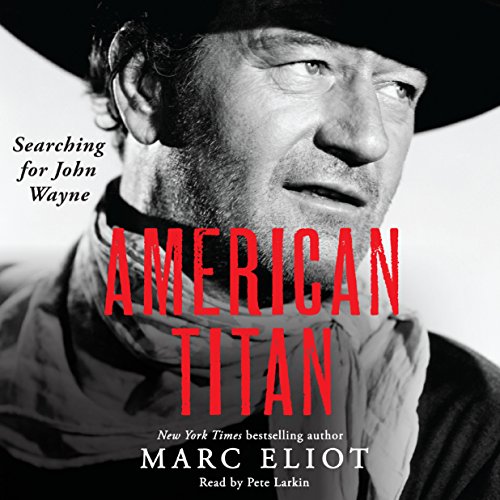 AUDIBLE - 2 MONTH FREE TRIAL
Each month you'll get your choice of audiobook, a bonus book selected by our editors, unlimited access to exclusive podcasts and more. T&C apply. Click here to claim >
Share

4.3 out of 5 stars
4.3 out of 5
77 global ratings
How are ratings calculated?
To calculate the overall star rating and percentage breakdown by star, we don’t use a simple average. Instead, our system considers things like how recent a review is and if the reviewer bought the item on Amazon. It also analyses reviews to verify trustworthiness.

Stuart Gulleford
1.0 out of 5 stars Good read marred by poor spell checking
Reviewed in the United Kingdom on 24 June 2017
Verified Purchase
This is a decent effort to write about the films of John Wayne but the kindle edition falls down badly because of very poor proof reading and spell checking. Both publisher and author should be ashamed at themselves for allowing it to go on sale in such a poor state. It is riddled with mistakes like missing or unnecessary words and mis-spelling. It was sufficiently interesting to me that I was able to keep reading despite the mistakes but the sheer number of them was very irritating.
Read more
One person found this helpful
Report abuse

michael mcnicoll
4.0 out of 5 stars Great read.
Reviewed in the United Kingdom on 30 March 2019
Verified Purchase
As above, told me various things I wasn't aware of.
Read more
Report abuse

Amazon Customer
5.0 out of 5 stars Excellent!!!
Reviewed in the United Kingdom on 19 May 2017
Verified Purchase
Thoroughly enjoyable book to add to my collection by Marc Eliot
Read more
Report abuse

Eeyore58
5.0 out of 5 stars She absolutely loved it.
Reviewed in Canada on 4 February 2016
Verified Purchase
I gave this to my sister for her birthday. She is a huge John Wayne fan. She absolutely loved it.
Read more
Report abuse
See all reviews
Get FREE delivery with Amazon Prime
Prime members enjoy FREE Delivery and exclusive access to movies, TV shows, music, Kindle e-books, Twitch Prime, and more.
> Get Started
Back to top
Get to Know Us
Make Money with Us
Let Us Help You
And don't forget:
© 1996-2020, Amazon.com, Inc. or its affiliates