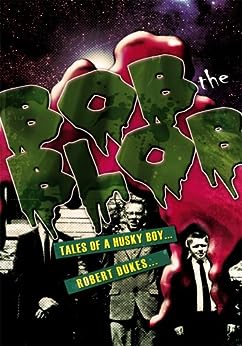 Bob the Blob: Tales of a Husky Boy Kindle Edition

by Robert Duke (Author) Format: Kindle Edition
See all formats and editions
Sorry, there was a problem loading this page. Try again.

Bob the Blob is about a husky boys journey through life in the 1950s and 1960s. The setting is Dugger, a small coal mining town in southern Indiana. Bob relates funny stories about his family which include his grandparents, parents and two older brothers. Many of the towns characters are also mentioned. He tells stories about what it was like to live in Dugger and all the escapades he had with his brothers. Everything from funerals, shopping, haircuts, Friday night at the movies and family vacations are included in Bobs book. One interesting aspect of Bobs life was that his grandpa and both parents were the town doctors. Many of his tales involve being the son of Drs Joe and Betty and the grandson of Dr. Fred. Bob the Blob had his ups and downs but he always prevailed in the end!

cherish3js
5.0 out of 5 stars Funny Book!
Reviewed in the United States on 24 September 2012
Verified Purchase
The author is filled with funny stories about his life, the son of two doctors and the brother of two doctors, he is a retired Sp. Ed. Teacher. I think his title is strange because he is anything but a blob. Yes, I know the author. Did my student teaching under him, so maybe I am prejudiced! But he IS a funny guy and to hear the stories about days gone by in a small town, growing up with two parents who worked till 10pm as the town doctors and one of them made house calls (my grandmother told me about those), it is a unique perspective on life from a kids point of view.

Amazon Customer
5.0 out of 5 stars Very enjoyable book and well written !!!!!
Reviewed in the United States on 24 February 2017
Verified Purchase
Great book of a boys remembrance of growing up. I grew up near his home town and his mom was my mom's doctor. I enjoyed it greatly
Read more
Report abuse
See all reviews
Back to top
Get to Know Us
Make Money with Us
Let Us Help You
And don't forget:
© 1996-2022, Amazon.com, Inc. or its affiliates