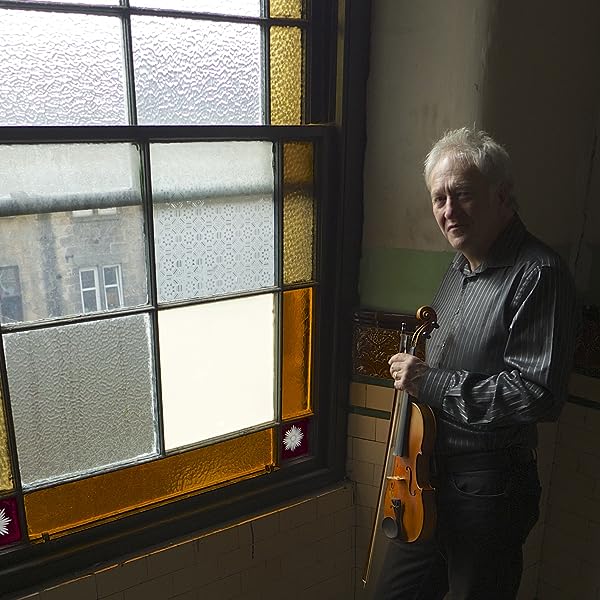 by Iain Fraser (Author)
4.5 out of 5 stars 15 ratings
See all formats and editions
Sorry, there was a problem loading this page. Try again.

(String Solo). This collection covers a range of regional styles from Celtic, French Canadian, and Metis to the music of Newfoundland and more. Performance notes and a CD of full performances included. For intermediate violinists.
Read more
Previous page
Next page

Founded in 1947, Hal Leonard Corporation has become the worlds largest print music publisher, representing some of the greatest songwriters and artists of all time. We are proud to publish titles of interest to all musicians as well as music lovers, from songbooks and instructional titles to artist biographies and instrument price guides to books about the music industry and all the performing arts.
Tell the Publisher!
I’d like to read this book on Kindle

Iain Fraser is a Performer and Teacher. His current performances involve collaboration with Cello player Christine Hanson and with traditional/Americana singer Kathy Stewart. He’s fascinated by the fiddle’s rhythmic and emotional capabilities and draws upon the extensive repertoire of traditional music ranging from 18th Century Scottish tunes to new self-penned compositions and from the multiple regional music styles of the British Isles to those of North America and Europe. His teaching includes group workshops, helping people young and old pursue their musical dreams as well as making music a fun social experience available to all.

He was principal fiddle teacher in the Scottish Music Department of the Royal Conservatoire of Scotland between 1995-2005 before being appointed Head of Instrumental Music for the Scottish Borders Education Authority until 2011. He is now freelance as well as being Music Director at the Merlin Academy of Traditional Music in Melrose, Scotland. He and Hanson released “Touchwood” in 2002, he wrote ‘Scottish Fiddle Tunes – 60 Traditional Pieces for Violin” for the Schott World Music Series in 2006 and his new Book “Canadian Fiddle Tunes – 60 Traditional Pieces” by the same publisher was released in 2015.

4.5 out of 5 stars
4.5 out of 5
15 global ratings
How are ratings calculated?
To calculate the overall star rating and percentage breakdown by star, we don’t use a simple average. Instead, our system considers things like how recent a review is and if the reviewer bought the item on Amazon. It also analyses reviews to verify trustworthiness.

boudica
2.0 out of 5 stars Boring, for me, sadly.
Reviewed in the United Kingdom on 4 July 2017
Verified Purchase
The tunes are perfectly well written, and good to read, but in comparison to the rest of the books in this series, I found the tunes that I tackled mundane. Don't feel inspired to spend much time with this book. The physical book quality is very good though.
Read more
Report abuse

Kristina Bijelic
5.0 out of 5 stars Beautiful!!
Reviewed in Canada on 30 September 2017
Verified Purchase
Really nice book and CD! Excellent transcriptions, nice edition, very nice recordings that really capture the style. I love focusing on Canadian music, so I love that something like this exists. I can't wait to work on these with my students!!
Read more
One person found this helpful
Report abuse