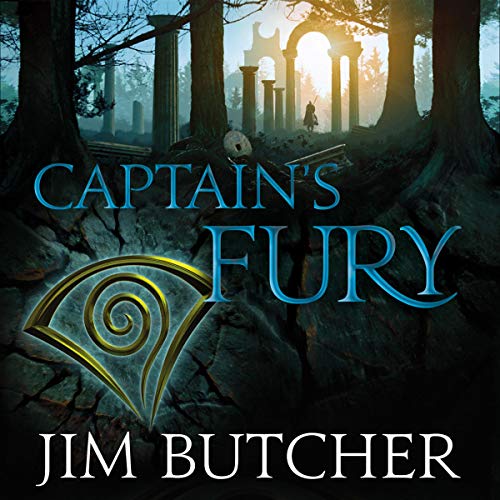 Tavi of Calderon, now captain of his own Legion, has been fighting a bitter war for two years. Then he discovers the invading Canim warriors are harbingers of a far greater threat.

The Canim are being hunted in their turn by a savage race that forced them from their homeland - and which has pursued them to the Aleran borders. With options fast running out, Tavi proposes an alliance with the Canim. But the Senate's new military commander wishes only to wipe out the Canim 'scourge' and would also kill Aleran slaves that have sought freedom with these aggressors.

Tavi must reconcile Aleran and Canim, slavemaster and slave, Citizen and Proletarian, if an alliance is to be forced. And he must lead his Legion in defiance of the law, against both friend and enemy - before the greatest army of all launches its assault.

4.7 out of 5 stars
4.7 out of 5
1,298 global ratings
How are ratings calculated?
To calculate the overall star rating and percentage breakdown by star, we don’t use a simple average. Instead, our system considers things like how recent a review is and if the reviewer bought the item on Amazon. It also analyses reviews to verify trustworthiness.

There are 0 reviews and 27 ratings from Australia

catlady66
5.0 out of 5 stars Yet again another great read
Reviewed in the United Kingdom on 3 April 2021
Verified Purchase
Brilliant never disappoints lovev this series if books so glad i took chance on it if you like action drama thrills also much more than what you waiting for and a a decent not to dear price as good as the Harry dresden files these are so if you love them you will love these I know I do cant put them down on to the next book for me why not join me and see for yourself how good these books are
Read more
Report abuse

P. barton
5.0 out of 5 stars most excellent
Reviewed in the United Kingdom on 30 March 2010
Verified Purchase
fourth book in the codex alera and it gets better, things have moved on since book 3 , tavi has grown into the command of the first aleran and this seems to put a few noses out of joint, his identity is at last revealed as gaius octavian and the action begins, he has the usual group of loyal followers with him and ....... no i won`t tell you how it goes just read the book, jim butchers easy style and attention to detail makes this most enjoyable, just like the others,it can almost be read on its own but its worth reading the first three just to soak up the world he has created, well recomended !!!!!!
Read more
Report abuse

Elsie
5.0 out of 5 stars Captain's Fury
Reviewed in the United Kingdom on 22 May 2019
Verified Purchase
What a great read!!! Can't wait for the next one!! I adore the characters, feisty and funny and the story lines keep me in edge all the time, thanks Jim.
Read more
Report abuse

Nita
5.0 out of 5 stars great book
Reviewed in the United Kingdom on 19 September 2020
Verified Purchase
could not put this book down very exciting
Read more
Report abuse
See all reviews