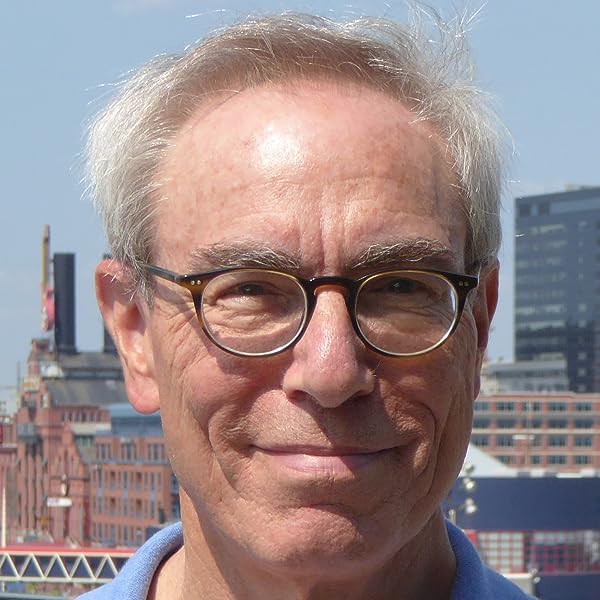 by Harry W. Kopp (Author), John Kopp, Harry and Naland (Author)
4.6 out of 5 stars 74 ratings
Edition: 3rd
See all formats and editions
Sorry, there was a problem loading this page. Try again.

There is a newer edition of this item:

Career Diplomacy: Life and Work in the US Foreign Service, Fourth Edition
$43.89
This item will be released on January 30, 2022.

"This third edition of Career Diplomacy is a masterful summary of the roles and responsibilities of our modern-day diplomatic service. It is must reading for current and future practitioners and also commended to our legislators and those involved in the new administration. Career Diplomacy not only thoroughly explains what the US Foreign Service does but also reminds us of the indispensable role it plays in supporting our national security." - John D. Negroponte, former director of national intelligence, and vice chairman, McLarty Associates
"A truly wonderful description of every aspect of life as a Foreign Service officer. Harry Kopp and John Naland have updated superbly the classic work on the diplomatic profession, providing a comprehensive, thoughtful, and frank portrayal of the U.S. Foreign Service, past, present, and future." - David Petraeus, (US Army, Ret.), Commander of the Surges in Iraq and Afghanistan and recipient of the Secretary of State's Distinguished Service Award
"Career Diplomacy is essential reading for those who want either to enter or understand the Foreign Service. This updated edition contains much new material while managing an excellent balancing between what is new and what is unchanging in diplomatic work, along with a fine understanding of why effective diplomacy is so essential to policy success." - Ronald E. Neumann (ret.), former ambassador to Afghanistan, Bahrain, and Algeria and president, American Academy of Diplomacy,
"Career Diplomacy paints a vivid, meticulous portrait of Foreign Service life. In a digital age in which many question whether professional diplomats still have value, and at a moment in American politics in which the Department of State is increasingly starved of resources and respect, this book offers a powerful case for diplomacy's continuing significance. In an increasingly fragmented and confusing world, we'll need American diplomats more than ever to help make sense of a changing landscape and mobilize coalitions to meet its challenges." - William J. Burns, Former Deputy Secretary of State and Ambassador to Russia; Current President, Carnegie Endowment for International Peace,
"The release of the third edition of Career Diplomacy could not be more timely. At a time when America's role in the world is the subject of intense debate in Washington and in red and blue states, this book will help new readers (and voters) understand the essence of how U.S. diplomacy works and why a strong Foreign Service is in the national interest." - Lino Gutiérrez, Former Ambassador to Argentina and Current Executive Director, Una Chapman Cox Foundation
"Career Diplomacy is not - or not solely - a guide for the aspiring diplomat. It goes well beyond that. In straight-forward language, it is a window into who our country's diplomats are, and why they serve." - Barbara K. Bodine, Distinguished Professor in the Practice of Diplomacy and director, Institute for the Study of Diplomacy The Edmund Walsh School of Foreign Service, Georgetown University
"This thoroughly researched book details the history, structure and workings of the Foreign Service of the United States. Anyone contemplating a career in diplomacy should study it, with confidence that the implementation of American foreign policy will remain essential to our nation - despite the Trump Administration's apparent disinterest in diplomacy." - William C. Harrop, former ambassador to Israel and inspector general of the Department of State,
"Career Diplomacy is an incredibly comprehensive and all encompassing narrative on American diplomacy - a lucid, but sober, compelling description of a generally unknown and unappreciated corps of professionals dedicated to serving America. It will inspire and guide those Americans seeing to follow those who have gone before." - Edward W. Gnehm, Jr., former ambassador to Jordan and director general of the Foreign Service,

Career Diplomacy is an insider's guide to the Foreign Service as an institution, a profession, and a career. In this thoroughly revised third edition, Kopp and Naland provide an up-to-date, authoritative, and candid account of the life and work of professional US diplomats, who advance and protect this country's national security interests around the globe. The authors explore the five career tracks--consular, political, economic, management, and public diplomacy--through their own experience and through interviews with more than a hundred current and former members of the Foreign Service. They lay out what to expect in a Foreign Service career, from the entrance exam through midcareer and into the senior service--how to get in, get around, and get ahead.

John K. Naland served in the Foreign Service for nearly thirty years and was head of a provincial reconstruction team in a war zone in Iraq. He was twice elected as president of the American Foreign Service Association.

Read more
Start reading Career Diplomacy on your Kindle in under a minute.

Kopp joined the Foreign Service as an entry-level officer in 1967 and rose to the Senior Foreign Service in eleven years. He served as deputy assistant secretary of state for international trade policy in the Carter and Reagan administrations. His overseas assignments included Warsaw, where he directed the United States-Poland Trade Development Center, and Brasilia, Brazil, where he was deputy chief of mission. He received superior and meritorious honor awards from the Department of State and a presidential award for public service from President Ronald Reagan.

Kopp left government to set up the consulting firm of L. A. Motley and Company. His clients included Anheuser-Busch International, the National Cotton Council, the Association of Brazilian Poultry Exporters, and the Sugar Alliance of the Philippines.

Kopp writes often for the Foreign Service Journal (www.afsa.org/publications), where he is also a member of the editorial board. His articles and commentary have appeared in The New York Times and other publications. His short story &quot;Trotsky in the Bronx&quot; won the 2012 Goldenberg Fiction Prize from the Bellevue Literary Review.

Kopp holds degrees from Hamilton College and Yale University. He lives with his wife Jane in Baltimore, Maryland. His websites are harrykopp.com and careerdiplomacy.com.

4.6 out of 5 stars
4.6 out of 5
74 global ratings
How are ratings calculated?
To calculate the overall star rating and percentage breakdown by star, we don’t use a simple average. Instead, our system considers things like how recent a review is and if the reviewer bought the item on Amazon. It also analyses reviews to verify trustworthiness.

Meggie OK
5.0 out of 5 stars Fascinating look at "America' other army"
Reviewed in the United States on 21 August 2018
Verified Purchase
I'm thinking of applying to the Foreign Service, but even if I weren't, I'd recommend this book wholeheartedly. Informative but never dry, well-researched and utterly fascinating.
Read more
4 people found this helpful
Report abuse

Darren C Royal
5.0 out of 5 stars Good resource for HS'er looking for direction.
Reviewed in the United States on 22 August 2017
Verified Purchase
Gave to my HS senior to consider as career path, she is very interested!
Read more
One person found this helpful
Report abuse

Mari Jo Clark
5.0 out of 5 stars Very informative
Reviewed in the United States on 22 May 2019
Verified Purchase
The book is interesting and exactly what I was looking for.
Read more
Report abuse

Raul Orozco
5.0 out of 5 stars Phenomenal
Reviewed in the United States on 25 June 2018
Verified Purchase
This book was really useful in gaining a better insight into the Foreign Service. I’m happy to have read it.
Read more
Report abuse
See all reviews
Back to top
Get to Know Us
Make Money with Us
Let Us Help You
And don't forget:
© 1996-2021, Amazon.com, Inc. or its affiliates