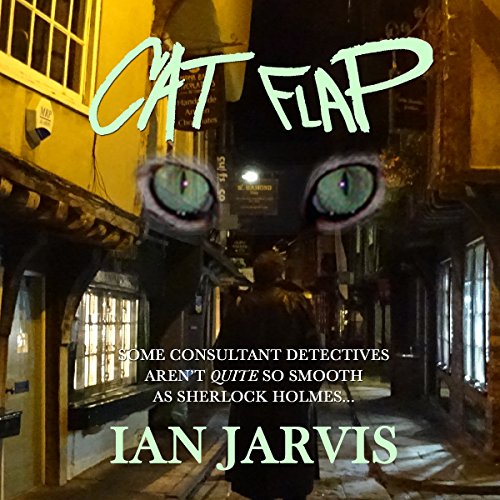 A contemporary Sherlock Holmes, the eccentric Bernie Quist is a consultant detective in the city of York. Christmas is days away, and once again, the reclusive sleuth will be quietly celebrating alone. His assistant Watson, a teenager from the Grimpen housing estate, has other ideas, mostly involving parties, girls, and beer. Yuletide plans are halted when three chemists die and the fiance of one hires them to look into her apparent suicide. After discovering the chemist wasn't engaged, they're drawn into the mystery when their employer is killed. Added to this, Watson has a puzzle of his own - Quist is clearly hiding something and he's curious to know what. The investigation leads to a shady cartel of northern businessmen, a forgotten Egyptian cult, and an ancient evil lurking in the medieval alleyways of York. Quist's secret is also revealed, and Watson doesn't know what terrifies him the most.

Switch between reading the Kindle book & listening to the Audible narration with Whispersync for Voice.
Get the Audible audiobook for the reduced price of $4.49 after you buy the Kindle book.
Learn more about membership
By completing your purchase, you agree to Audible’s Conditions Of Use and Privacy Notice.
Sold and delivered by Audible, an Amazon company

4.7 out of 5 stars
4.7 out of 5
4 global ratings
How are ratings calculated?
To calculate the overall star rating and percentage breakdown by star, we don’t use a simple average. Instead, our system considers things like how recent a review is and if the reviewer bought the item on Amazon. It also analyses reviews to verify trustworthiness.

Amazon Customer
5.0 out of 5 stars Five Stars
Reviewed in the United Kingdom on 2 May 2017
Verified Purchase
Brilliant read. Will be buying the other books by this author
Read more
One person found this helpful
Report abuse

Sandy
5.0 out of 5 stars Unusual Detective Story Sure to Please those Blessed with an Imagination
Reviewed in the United States on 29 May 2018
Verified Purchase
This book has it all--horror, adventure, humor, and weird characters all presented by a talented writer whose analogies seem to roll right off his tongue. If you crave the unusual and are blessed with an active imagination, this is the story for you. Although Jarvis employs the detective/sidekick pairing that Conan Doyle initiated with his Sherlock Holmes series, I would rather compare him with Jonathon Swift and Tom Robbins due to the bizarre cast of characters and the strange plot which unfolds vividly in Yorkshire. I look forward to a third Quist book, having read "The Music of Sound" previously.
Read more
Report abuse
See all reviews