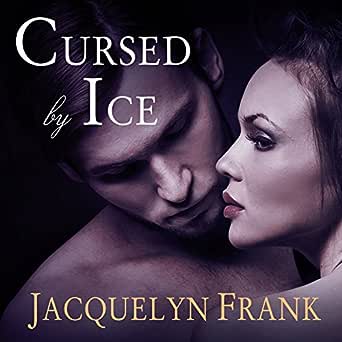 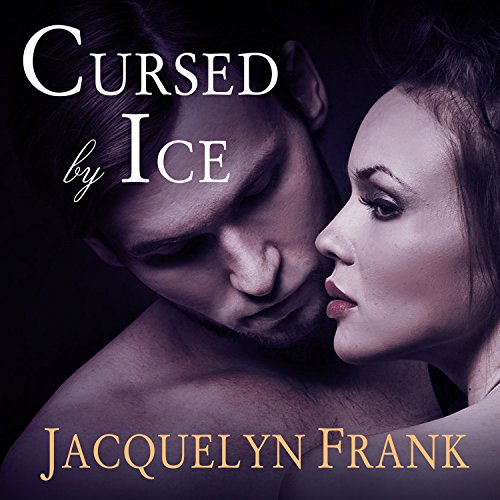 4.7 out of 5 stars
4.7 out of 5
40 global ratings
How are ratings calculated?
To calculate the overall star rating and percentage breakdown by star, we don’t use a simple average. Instead, our system considers things like how recent a review is and if the reviewer bought the item on Amazon. It also analyses reviews to verify trustworthiness.

Evampire
TOP 500 REVIEWER
5.0 out of 5 stars Cursed by Ice
Reviewed in Australia on 1 April 2015
The Goddess Weysa freed him from his endless freezing torment in exchange for his allegiance in a celestial civil war but when Garreth seeks to unleash a beautiful warrior woman’s passion he could bring about the destruction of them both in this spellbinding paranormal romance.

Sarielle has always been a slave even if it is an elevated one because of her being able to control the wyvern and for this reason trusting the handsome warrior that disappears nightly is something she cannot do for other depends on her. The readers can’t help but be fascinated by the emotionally gripping romance between Garreth and Sarielle, two strong compelling characters that have so much going against them and yet so much desire in their heart and the fast paced plot keeps readers on their toes with lots of suspense, passion, turmoil and romance while the smoldering heat that steadily burns throughout the story spices things up quite a bit.

There is never a dull moment as excitement and anticipation builds as Garreth and his brother conquer more kingdoms in the name of their Weysa and danger seems to be right around every bend but so is betrayal and for Garreth, the looming curse that threatens his heart as well as everyone around him. The well written scenes and details paint vivid images of this fascinating world that bring it to life and makes it easy for the reader to get completely lost in the story as the well orchestrated events draw them in.

I love Jacquelyn Fran’s books, but I have to admit that while I enjoyed the first one I was a little worried about this series and its ability to measure up to the others but I no longer have that worry because this one erased it all and I can’t wait to read Jaykun’s story…I really wish I didn’t have to wait so long, especially after the stipulation the gods made when they freed him.

Sandy S.
TOP 500 REVIEWER
4.0 out of 5 stars 3.75 stars-fantasy and mythology
Reviewed in Australia on 1 April 2015
3.75 stars--CURSED BY ICE is the second installment in Jacquelyn Frank’s adult Immortal Brothers fantasy series focusing on four brothers cursed, by the gods and goddesses, in their search for immortality. This is Garreth and Sarielle’s storyline. Although CURSED BY ICE is the second in the series, it can be read as a stand alone but I suggest reading the series in order as background information and world building continues to develop throughout each successive storyline.

Two hundred years earlier, four brothers went in search of the waters of Immortality and upon the discovery drank from the forbidden streams. The gods and goddesses were angered and cursed each brother to suffer eternal damnation and pain. Garreth’s punishment was to suffer the endless cycle of freezing and defrosting, and the accompanying pain that follows. When Garreth’s brother Dethan found love and was forgiven, Garreth was released from bondage to take over the command of the army of the gods. Although free during the daylight hours, Garreth would return to the same suffering each sundown only to be granted the same freedom several hours later.

Weysa, the goddess of conflict, continues to demand obedience from Dethan and Garreth, and as such the brothers are commanded to continue their battle against an enemy of the gods. Conquering the city of Kith, the brothers discover a town dependent upon slavery and a woman who controls a dangerous beast. Enter Sarielle, a young woman who is soul-bonded to a wyvern and the woman who will melt Garreth’s frozen heart.

The slow building storyline is similar in context to Jacquelyn’s CURSED BY FIRE. Weysa, the goddess of conflict, has commanded Garreth to enter into battle and secure the outlying cities, towns and villages in her name. As it pertains to Garreth's never ending curse, it was not as large of a plot point as was Dethan's fiery burn in CURSED BY FIRE. Garreth's nightly pain and suffering was almost an afterthought in the storyline. Sarielle, a former slave, will become Garreth’s captive; her soul-bond with the wyvern reveals an intimate connection at a physical and visceral level. Garreth is ever the protector; his attraction and need for Sarielle continues to build throughout the story. He is a cursed man, who has fallen in love, but knows that he will not claim Sarielle when he is tied to the gods for all time. The $ex scenes are intimate and revealing.

The secondary characters include Davine, a young house maiden who will both befriend and betray Garreth and Sarielle. Dethan, Garreth’s eldest brother, returns as Garreth’s companion in battle but also becomes Garreth’s greatest threat to his relationship with Sarielle. I had a difficult time liking Dethan in his own storyline CURSED BY FIRE because of his attitude and cold demeanor, and with Garreth’s tale my animosity towards Dethan increases with his ill-conceived notions about Sarielle and his brother. Dethan is a threat to his brother’s happiness and is determined to destroy Garreth’s relationship with Sarielle, hurting his own brother in the process.

Jacquelyn Frank’s mythological world building continues as the all powerful and all knowing gods and goddesses battle for the rights to control the humans, and in doing so, punish those responsible for defying the gods. As Garreth honors his debt to the goddess of conflict, yet another brother, will be freed from perpetual bondage only to return each evening to suffer the same fate as his brothers’ before. CURSED BY ICE introduces a series of mythological creatures including mages, wyverns, were-dragons and the Fae.

CURSED BY ICE is an interesting and detailed storyline of fantasy and myth, the supernatural, and a happily ever after-for now. As each brother is granted a temporary freedom to serve and protect, he will come face to face with his future in yet another battle to prove allegiance to the gods.

Kindle Customer
5.0 out of 5 stars Immortal Brothers
Reviewed in the United Kingdom on 4 January 2016
Verified Purchase
This is the second in the series. Both have been enjoyable and I eagerly await the third instalment.
With the gods now starting to play a more active role the final book s should be even better.
Read more
Report abuse

marnie
5.0 out of 5 stars Five Stars
Reviewed in the United Kingdom on 28 February 2016
Verified Purchase
I am loving this series and can't for the next installment.
Read more
Report abuse

Kelly Haggerty
5.0 out of 5 stars Two for Two on The Immortal Brothers series! Frank gives another must read for her new and numerous fans!
Reviewed in the United States on 15 April 2015
Verified Purchase
*I would like to thank Random House Publishing Group - Ballantine via NetGALLEY for giving me an unreleased copy for an honest and fair review.

What do you get when you throw together a conquered city in the name of one Goddess, the interference of three other Gods/Goddess, the “help” of a now mortal brother and an ex-mistress to the cities former ruler, and the wrena of the keep? Will Garreth win his heart’s desires or destroy both himself and Sarielle for all eternity?

Cursed by Ice is the second offering in a new series that again deserves a 5 involving four cursed brothers who dared to give themselves immortality without the Knowledge of the Gods/Godesses. Frank gives us the story of a second brother who is entirely different and yet the same task remain to fulfill his as he takes over Dethane’s mission. The plot is well thought out and written smoothly. The ending again is the cliff-hanger set-up for the story of the next brother. This series is so going on my top reads as each comes out and I advise you to also read and enjoy.

As I advised before with the first novel Cursed by Fire:

Frank fans, this will be another series you will wait for the next novel with more or less patience. It does have some great sexy, steamy, and incredibly hot romantic scenes and adult language and themes. After all, it was written for the escape and pleasurable reading it was, for this adult, and many others. Therefore, parents be advised and you decide. If you find that you like these novels, you may want to start one of her other series while waiting for the second book. I suggest you start with Jacob.

Summing up: 5 stars, recommended – yes, adult themes and loves scenes – yes, and not to be missed in my opinion.

Are you interested in reading this book? Frank fans, without a doubt, paranormal adult romance at its best! You like paranormal, steamy hot sex scenes, mystery, suspense, and adult romance than you are going to love this novel
Read more
Report abuse

sannat99
3.0 out of 5 stars Subpar work for this author
Reviewed in the United States on 14 May 2015
Verified Purchase
I have read the nightwalker series and this series does not hold a candle to that one. These brothers are all cursed because they became immortal without the permission of vengeful fickle gods and they had selfish motivations. They apparently had been married before and never loved their wives. In these stories, they quickly fall into lust and then love with the heroines and both get pregnant. I don't buy the connection between the characters. The plot is weak and boring. He's already conquered the city by the first few chapters and there is no consistent villain or conflict to overcome. Also, he gets to stay immortal unlike the brother in book 1 for no good reason other than the God of love pixies him. However, the heroine remains mortal? Umm so till death do us part?! I don't get it....I'll pass on the next two books.
Read more
Report abuse
See all reviews
Get FREE delivery with Amazon Prime
Prime members enjoy FREE Delivery and exclusive access to movies, TV shows, music, Kindle e-books, Twitch Prime, and more.
> Get Started
Back to top
Get to Know Us
Make Money with Us
Let Us Help You
And don't forget:
© 1996-2020, Amazon.com, Inc. or its affiliates