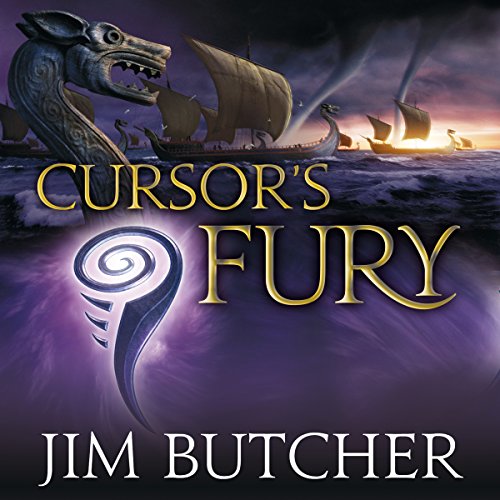 Power-hungry Kalare has rebelled against Alera's aging First Lord, Gaius Sextus. Ill-equipped to face this attack, Gaius must seek support - even from the combative High Lord of Aquitaine. Kalare has also seized valuable hostages that could mean the difference between victory and failure. And Amara, the First Lord's Cursor, has been tasked with their rescue. She has earned this trust but are her allies as worthy - or does the Lady Aquitaine see the time as ripe for betrayal?

Treachery is rife elsewhere, as young Tavi of Calderon will find. Posted away from the war, Tavi joins a legion anyway, under an assumed name. Then Kalare does the unthinkable - uniting with the brutish Canim.

When treason wipes out the army's command structure, Tavi finds himself leading an inexperienced legion against the might of the Canim horde - the very last resort of a war-torn realm.

4.8 out of 5 stars
4.8 out of 5
1,350 global ratings
How are ratings calculated?
To calculate the overall star rating and percentage breakdown by star, we don’t use a simple average. Instead, our system considers things like how recent a review is and if the reviewer bought the item on Amazon. It also analyses reviews to verify trustworthiness.

Matthew.M
5.0 out of 5 stars Absolutely awesome!!!
Reviewed in Australia on 29 May 2014
Verified Purchase
Compelling to the point of obsession to read more and more and more!! Loved every moment of it! Epic and amazing.
Read more
Helpful
Report abuse
See all reviews

Joe Murray
5.0 out of 5 stars The Furies of Calderon series
Reviewed in the United Kingdom on 7 March 2020
Verified Purchase
I read this series of books when they were first released and they are still a great read. As good as any books that have been written in this genre. Jim Butcher is a genius all his books are a must read
Read more
Report abuse

catlady66
5.0 out of 5 stars Great read yet again
Reviewed in the United Kingdom on 17 March 2021
Verified Purchase
Fantastic read yet again loved it great series of books bit of everything in them well worth a look off to the next in the series for me
Read more
Report abuse

Coleve
5.0 out of 5 stars Fantasy at it's best
Reviewed in the United Kingdom on 18 February 2011
Verified Purchase
When you begin reading fantasy as I did over 30 years ago you quickly get through all the regular writers and then you have to wait until another one is published.Well I missed this writer and am now making up for lost time. He allows you an indepth knowledge of the multiple characters and the way they grow and develop with umpteen diverse adventures in each book. I would suggest you start with Codex No 1 book I did and am half way through No 5 and will be starting the dresden Files as soon as I complete the Codex.
Read more
Report abuse

And to think, the series was born as a challenge Butcher accepted from a fan to create a fantasy book that married "The Roman Legion" and "Pokémon"...
Read more
Report abuse

Dr. M. Lay
5.0 out of 5 stars It gets better...
Reviewed in the United Kingdom on 25 December 2009
Verified Purchase
Having been underwhelmed by Furies of Calderon I thought that Academ's fury was OK. This is where the story really kicks off and becomes rather more epic in scale. Tavi has completed his cursor training and is assigned to an out of the way posting. Of course, the post is nothing of the sort as trouble blows in from many different directions. It's even possible that some of the mysteries of Tavi's background will be addressed.

Butcher's writing is a lot more assured in this book than "Furies" and this is a really entertaining tale, well told.
Read more
2 people found this helpful
Report abuse
See all reviews