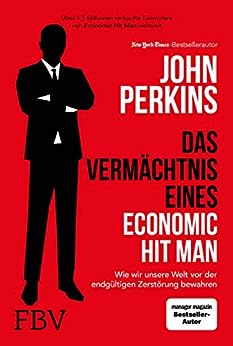 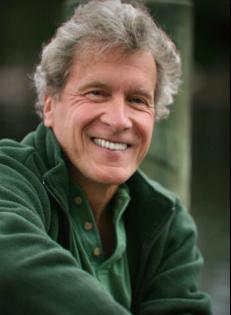 John Perkins is an author and activist whose 10 books on global intrigue, shamanism, and transformation including "Touching the Jaguar," "Shapeshifting" and the classic "Confessions of an Economic Hit Man" have been on the New York Times bestseller list for more than 70 weeks, sold over 2 million copies and are published in at least 35 languages.

As chief economist at a major consulting firm, John advised the World Bank, United Nations, Fortune 500 corporations, US and other governments. He regularly speaks at universities, economic forums, and shamanic gatherings around the world and is a founder and board member of the Pachamama Alliance and Dream Change, nonprofit organizations that partner with indigenous people to protect environments and that offer global programs to change the destructive ways of industrial societies.

John advises corporations, executives, and entrepreneurs on ways to make the transition from a Death Economy (exploiting resources that are declining at accelerating rates) to a Life Economy (cleaning up pollution, recycling, and other technologies that create regenerative life-styles and economies) -- a subject that is detailed in "Touching the Jaguar."

John has lived four lives: as an economic hit man (EHM); as the CEO of a successful alternative energy company, who was rewarded for not disclosing his EHM past; as an expert on indigenous cultures and shamanism, a teacher and writer who used this expertise to promote ecology and sustainability while continuing to honor his vow of silence about his life as an EHM; and as a writer who, in telling the real-life story about his extraordinary dealings as an EHM, has exposed the world of international intrigue and corruption that is turning the American republic into a global empire despised by increasing numbers of people around the planet.

Touching the Jaguar: Transforming Fear into Actions to Change Your Life and the World

The New Confessions of an Economic Hit Man

Confessions of an Economic Hit Man

The Secret History of the American Empire

The World Is As You Dream It

Spirit of the Shuar

To learn more about John and his work and subscribe to his newsletter: www.johnperkins.org

For further information about events where John Perkins is speaking or teaching visit: http://johnperkins.org/events