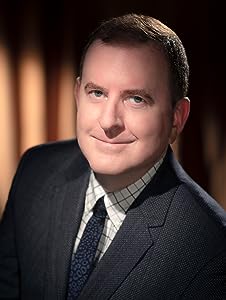 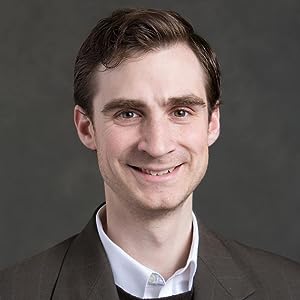 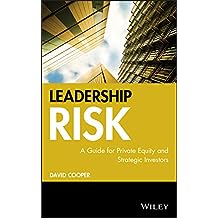 Leadership Risk: A Guide for Private Equity and Strategic Investors 30/03/2010
by David Cooper
( 1 )
$72.88
This book is a practical guide for private equity investors. It sets out a framework for understanding, assessing and managing the risks associated with senior management during the due diligence process of an acquisition. This provides an essential input into the wider due diligence review and a sound basis for managing the investment after the deal has been done so as to maximise the chances of a successful exit. 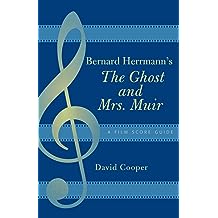 Bernard Herrmann's The Ghost and Mrs. Muir: A Film Score Guide (Film Score Guides Book 5) 04/08/2005
by David Cooper
( 4 )
$50.55
Regarded as one of the greatest film composers of all time, Bernard Herrmann was responsible for some of the most memorable music in film. His work with Alfred Hitchcock produced a slew of classics including Vertigo (1958), North by Northwest (1959), and Psycho (1960). Several years before collaborating with Hitchcock, however, Herrmann composed the brilliant score for The Ghost and Mrs. Muir (1947), which remained a personal favorite of the composer's. Herrmann's score reinforces the film's romantic theme, and much of the music has an appropriately elegiac quality. In mood, orchestration, and even to some extent thematic identity, it seems to prefigure his music for Vertigo.

In this latest addition to the Scarecrow Film Score Guide series, author David Cooper examines Herrmann's career in general, as well as the specific elements that went into the creation of The Ghost and Mrs. Muir's score. Cooper traces the development of Herrmann's craft as a film composer, especially through his radio work, where he made contact with many of the great artists of the age, most notably Orson Welles. This association was to give him a passport to Hollywood and led to the scoring of his first film, Citizen Kane. Herrmann's subsequent film scores of the 1940s included The Devil and Daniel Webster, The Magnificent Ambersons, and Jane Eyre.

In this guide, Cooper considers Herrmann's musical technique and offers a theorization of some of the ways in which music can be "meaningful" in film. He also explores non-musical contexts of the film, including the screenplay's relationship to the popular novel from which it was adapted, as well as the contribution of director Joseph L. Mankiewicz, the performances of Gene Tierney and Rex Harrison, and the editing of Dorothy Spencer. Cooper also provides a quantitative, evidence-based study of the score. In doing so, he discusses the extent to which Herrmann adopted screenwriter Philip Dunne's suggestions for music in
Read more
Other Formats:: Paperback
includes tax, if applicable
Back to top
Get to Know Us
Make Money with Us
Let Us Help You
And don't forget:
© 1996-2021, Amazon.com, Inc. or its affiliates