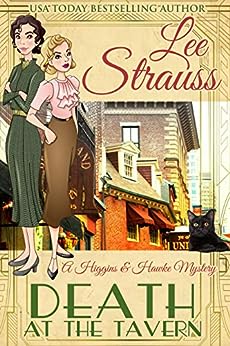 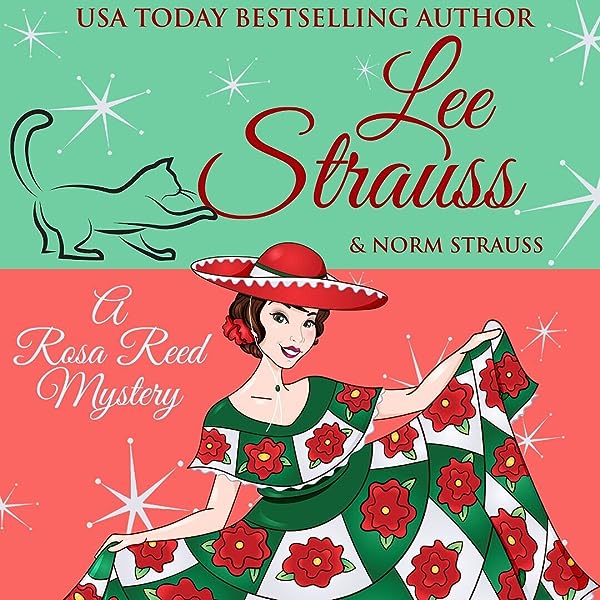 by Lee Strauss (Author) Format: Kindle Edition
See all formats and editions
Sorry, there was a problem loading this page. Try again.

When a man is found dead in the spring of 1931 at the Bell in Hand Tavern on Union Street in the city of Boston, pathologist Dr. Haley Higgins and investigative reporter Samantha Hawke are both working the case. They want the same thing ~ to catch a killer. Though they don't exactly trust each other, they'll have to work together if they want to solve this perplexing mystery, diving into the world of bootlegging and extortion. Will this unlikely duo patch up their differences before becoming the next victims?

Don't miss this gripping, addictive new series for lovers of Rizzoli and Isles. A spin off from the acclaimed Ginger Gold Mystery series, this clever, feisty, depression-era whodunit readers call "serious and suspenseful" and "entertaining mystery series" will keep you turning pages until the surprising yet satisfying end.

Murder on the SS Rosa (Book 1)

Murder at the Mortuary (Book 5)

Murder Aboard the Flying Scotsman (Book 8)

Murder at the Boat Club (Book 9)

~more on the way!

Murder on the Boardwalk (Book 2)

Murder at the Bomb Shelter (Book 3)

Murder at the Races (Book 6)

Murder at the Dude Ranch (Book 7)

Murder at the Fiesta (Book 9)

Enjoyed this first in the new series featuring Haley Higgins, best friend of Ginger Gold. So glad she has her own series now though with an equally interesting new sidekick Samantha Hawke. It's 7 years since Haley left England and she is now a doctor and is the Assistant Medical Examiner. With Sam as a reporter they both have to overcome living & working in a mans' world. Both professions are prime for finding trouble but also putting their curiosity and investigating skills to work. But then Haley has had a lot of practice and Sam is learning. This series seems a lot heavier to me than the Ginger Gold since there is the Great Depression, Prohibition, & the mob all involved. This isn't a mystery with humor. It's serious, suspenseful, and very good. The new Med. Examiner, Dr. Guthrie, who Haley knew in England is a joke though. Haley does all the work while he sit's around complaining about America & snoozing. She doesn't mind though and it does give her more control. It will also be interesting to see if anything develops in the future regarding her brother Joes' murder years before that was never solved. It's what motivates her the most in solving murders. I pre-ordered this book and have done the same with #2 coming out in April which I was glad to see. Thanks Lee for a great well-written new series! --Helena (Calif)

Haley Higgins the assistant medical examiner, and Samantha Hawke an investigative reporter, find an unlikely friendship, while surviving in occupations that are mostly held by men. Look out Boston, this dynamic duel is going to be the next great team to solve murders in the 1930's. Lee Strauss has again penned a new delightful but very entertaining mystery series. Any genre Lee decides to write is always a thrill ride of it's own. Far from a one trick pony, I would recommend any of her series, because she can satisfy anyone's cup of tea, or coffee! A very good read!! --B Clevenger

Higgins and Hawke are independent thinking women and highly pleasurable to spend time with. If you like adventure of the Agatha Christie type, then settle back and enjoy. --Eugenia Parrish --This text refers to the paperback edition.

Lee Strauss is the bestselling author of The Ginger Gold Mysteries series, The Higgins & Hawke Mystery series (cozy historical mysteries), A Nursery Rhyme Mystery series (mystery suspense), The Perception series (young adult dystopian), The Light & Love series (sweet romance), and young adult historical fiction with over a million books read. She has titles published in German, Spanish and Korean, and a growing audio library. When Lee s not writing or reading she likes to cycle, hike and kayak. She loves to drink caffè lattes and red wines in exotic places, and eat dark chocolate anywhere. She also writes younger YA fantasy as Elle Lee Strauss. --This text refers to the paperback edition.

For fans of cozy mysteries with a touch of Downton Abbey ~ from a USA TODAY Bestselling author!

Fill up on the short story companion series, Lady Gold Investigates, and if you're in need of more Golden Age Whodunnits, try the spin-off series, Higgins &amp; Hawke.

Sign up for Lee's newsletter and get EXCLUSIVE access to Ginger Gold's Journal AND a Rosa Reed short story prequel!

4.6 out of 5 stars
4.6 out of 5
202 global ratings
How are ratings calculated?
To calculate the overall star rating and percentage breakdown by star, we don’t use a simple average. Instead, our system considers things like how recent a review is and if the reviewer bought the item on Amazon. It also analyses reviews to verify trustworthiness.

Christina M
3.0 out of 5 stars Enjoyable murder mystery
Reviewed in Australia on 21 November 2021
Verified Purchase
The plot of this was interesting, focusing on the budding working relationship and possible friendship between two woman bucking the trend and working in "male" fields - journalism and medical examiner. The prohibition era, Mafia influence and a dose of jealousy make up the murder mystery part of the story. I enjoyed it but the end wrap up felt rushed to me and left me a little unsatisfied.
Read more
Helpful
Report abuse

Fran Haywood
5.0 out of 5 stars Murder in the Tavern
Reviewed in Australia on 15 November 2021
Verified Purchase
Enjoyed this book.Set in 1930’s Prohibition, it follows 2 women working in what we’re previously male dominated professions and Lee Strauss has conveyed the reality of the times with a fast moving plot.
Read more
Helpful
Report abuse
See all reviews

Kindle Customer
4.0 out of 5 stars Pretty good
Reviewed in the United Kingdom on 2 November 2021
Verified Purchase
This is a fairly short murder mystery book and an easy read. I liked the characters and the setting felt believable.
Read more
Report abuse

FGC
4.0 out of 5 stars Fab - Women in a Man's World
Reviewed in the United Kingdom on 23 October 2021
Verified Purchase
Set in the 1930's this murder mystery is an easy read but still keeps you enthralled. It's perfect for a Sunday afternoon read rather than falling asleep in front of the telly after your roast dinner. Definitely be reading more of the series.
Read more
Report abuse

Norifolk
2.0 out of 5 stars A bit too cozy for me.
Reviewed in the United Kingdom on 13 December 2021
Verified Purchase
This is your maiden aunt type of reading material. Lazy summer days and a book that doesn't need too much concentration
Read more
Report abuse
See all reviews
Back to top
Get to Know Us
Make Money with Us
Let Us Help You
And don't forget:
© 1996-2022, Amazon.com, Inc. or its affiliates