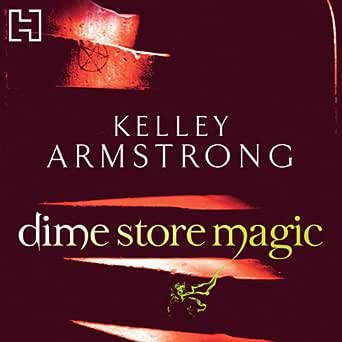 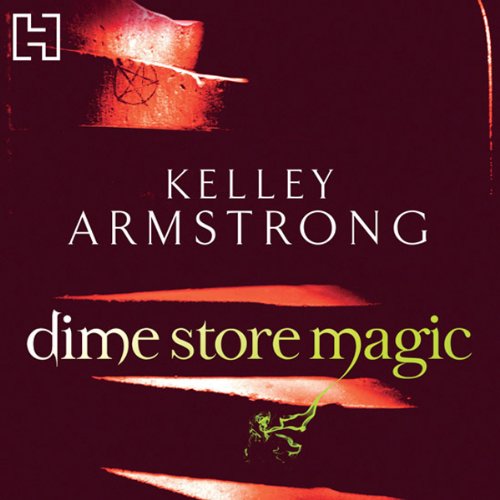 4.7 out of 5 stars
4.7 out of 5
301 global ratings
How are ratings calculated?
To calculate the overall star rating and percentage breakdown by star, we don’t use a simple average. Instead, our system considers things like how recent a review is and if the reviewer bought the item on Amazon. It also analyses reviews to verify trustworthiness.

L. Carter
4.0 out of 5 stars A Review: Dime Store Magic (Otherworld) Book 3
Reviewed in Australia on 28 April 2014
Verified Purchase
Paige Winterbourne is a witch. Not that you'd notice - no warts, no green skin, no cute little wiggle of the nose whenever she casts a spell. No, most of the time she's just a normal 23-year-old girl; works too hard, worries about her weight, wonders if she'll ever find a boyfriend. Okay, so she does have an adopted teenage daughter, Savannah, who wants to raise her black witch of a mother from the dead. And who is being stalked by a telekinetic half-demon and an all-powerful cabal of sorcerers. But other than that, Paige has a really ordinary life. That is, until the neighbours find out who she is, and all hell breaks loose. Literally…

I enjoyed this story because Paige suddenly became a real flesh and blood person. She was faced with very difficult circumstances and deals with them as best she can. Lucas was an interesting character and their budding romance was fun to watch. Savannah was equal parts immature teenager and witch protege - it made for some interesting and hair raising scenes. I thought this book was good and I would recommend it to others.
Read more
Helpful
Report abuse
See all reviews

daisyduck1976
3.0 out of 5 stars Third book in the series
Reviewed in the United Kingdom on 23 January 2011
Verified Purchase
I was a bit hesitant to read this third book as it marks a major shift in gear from Elena, Clay, Jeremy and the werewolves to Paige, Savannah and the witches.
I think I was right to be worried. I didn't warm very much towards Paige in the second book  Stolen  and although this book did manage to improve on that somewhat, there is still a way to go before I will be rooting for her in the way I did for Elena.
Paige is strangely unsympathetic towards Savannah, a girl that she is apparently fighting to keep custody of against half-demons and sorceror cabals. This is a child who was kidnapped and then whose mother was murdered, leaving her alone in the world with dark and mysterious powers. Perhaps a little compassion was warranted?
Savannah is, in many ways, a much more interesting character than Paige. She's unpredictable, feisty, independent and possibly in possession of some pretty dark magic skills. Similarly, Cortez, Paige's custody lawyer holds plenty of interest as a character. He at least makes up for the fact that Adam, another interesting character from book 2, barely features in this one.
The main problem with this installment is that the story really doesn't get going until about half-way. After that, it does improve and I did read quite quickly to the end. It felt as though this was a transitional story; that it was necessary to get a few bits and pieces of plot moving along so that the next book can pick up the pace. There is also the problem of having fallen in love with characters in the first two books and then have them disappear. I did find that I missed Clay, Elena and Jeremy and the whole fascinating world of the pack. In the book's favour, there is a good mix of drama, action and a touch of romance.

I would say, yes, read this, but be prepared to miss the old characters terribly. Also, prepare to be patient about the fact that you will need to really stick with it for a while before the plot gets going. Hopefully the next book  Industrial Magic  will move the story along a little better.

NB/ The Kindle edition is well-formatted and error free. Download away!
Read more
One person found this helpful
Report abuse

jacq
5.0 out of 5 stars ADDICTIVE READING
Reviewed in the United Kingdom on 4 April 2012
Verified Purchase
I chanced upon this author's works and decided to give them a try and I am delighted that I did so. As a teacher in a secondary school, I find that reading works of fiction is my only true release and means of relaxation. I like to leave this real world behind for a time. Subsequently, I intend to buy all of the books in this series of books, as they make for an addictive read and allow me to completely switch off from my working life. Each story can stand alone, but Kelley Armstrong weaves her related characters beautifully throughout each story. One is reminded of the relationships as you proceed through each story and you really believe in each and every one of her supernatural characters. This is the third book in the series and, like books one and two, is fast paced, imaginative, magical and a lovely read. Anybody who likes/loves the supernatural or fantasy novel would be well advised to read these books. They are not quite teenage literature, as they cover a number of adult themes, but they are a gentle read - the perfect book to switch off with.

This particular story line tells of an age old conflict between witches and sorcerers, with a half-demon thrown in here and there, and how some individuals come together to right wrong doings, despite their so called differences.
Read more
Report abuse

Tali
4.0 out of 5 stars Weaker but not bad...
Reviewed in the United Kingdom on 18 May 2012
Verified Purchase
Ok so the first two books in the series hooked me, but i did feel a little dubious as to buying this as it no longer focuses on Elena and the werewolves, but on the witch Paige and her charge Savannah. Now I must admit i did not like Paige at all in the previous books, she came across as short-sighted, spoiled and naive. That said, she does have a bit more maturity in this book, or perhaps things just look and feel different from her own perspective. Either way, I found myself slowly growing to like her... just a little.

For the most part this isn't a high action book, the action is subdued and spaced out and most of the book is extremely domestic. What really made this fun for me was Savannah and Lucas. Savannah is your bubbly, moody, devil-may-care teen and never lets Paige forget it. Lucas is interesting in that he's extremely formal, at first anyway, and he's reserved, a total opposite to Paige really.

Not a bad addition but not sure i'll read it again. I will buy the next in the series though as I see potential and the witchraft details are interesting
Read more
Report abuse

Lolly
5.0 out of 5 stars Dime Store Magic Kelley Armstrong ( Book 3 Otherworld)
Reviewed in the United Kingdom on 26 February 2013
Verified Purchase
Dime Store Magic is the third book in The Women of the Otherworld series. Paige Winterbourne, head of the witches coven and guardian of black witch Eve Levines daughter Savanah tells this story and what a story!! Its the story of the huge battle Paige faces to keep custody of Savanah whilst her powerful sorcerer father Kristof Nast (of the Nast Cabal) tries everything he can to take it away!! He enlists the help of Leah, the demon with telekenetic powers from the second Otherworld book, and various other supernaturals, enter Lucas, another sorcerer, but he shows Paige and Savanah that not all sorcerers are the same!!! another excellent book from KA!! Keep reading I know I am going to!!!!
Read more
Report abuse

rainbow
5.0 out of 5 stars paige and savannah
Reviewed in the United Kingdom on 18 March 2012
Verified Purchase
being an avid fan of kelley armstrong i will try and give an unbiased view of this bookno 3 in the women of the otherworld you must have an imagination toward witches etc but i really enjoyed the twists and turns of this book and i would reccomend this to any one who wishes to have a good read but beware it is book no 3 in the series bi would strongly suggest you read the others in order to understand the books
Read more
Report abuse
See all reviews
Back to top
Get to Know Us
Make Money with Us
Let Us Help You
And don't forget:
© 1996-2021, Amazon.com, Inc. or its affiliates