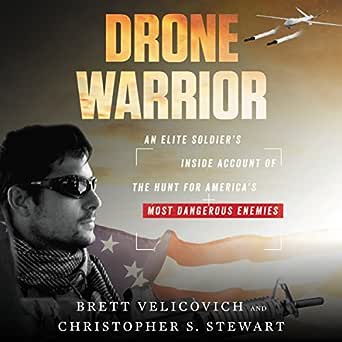 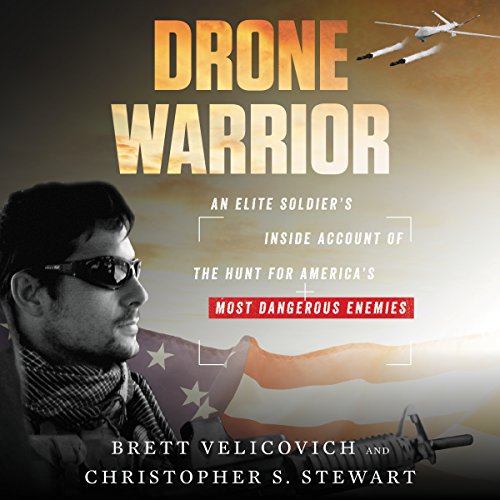 Drone Warrior: An Elite Soldier's Inside Account of the Hunt for America's Most Dangerous Enemies

4.6 out of 5 stars
4.6 out of 5
154 global ratings
How are ratings calculated?
To calculate the overall star rating and percentage breakdown by star, we don’t use a simple average. Instead, our system considers things like how recent a review is and if the reviewer bought the item on Amazon. It also analyses reviews to verify trustworthiness.

Karl Tremain
5.0 out of 5 stars Fantastic story
Reviewed in the United Kingdom on 30 September 2017
Verified Purchase
If you are interested in drones or military technology or the battles, told with a great story from the "front lines" then this book is for you. If you enjoyed the sample, definately read the whole book! Loved it.
Read more
Report abuse

Frederick
4.0 out of 5 stars Revealing insight to modern war
Reviewed in the United Kingdom on 11 August 2017
Verified Purchase
A fascinating insight into a new form of warfare highlighting the pressures on the team who chose the targets rather than the operators.
Read more
Report abuse

Akshay
5.0 out of 5 stars Very insightful & detailed. Should buy it if you are fond of military & tech
Reviewed in India on 7 June 2020
Verified Purchase
If you like about military, defence & intelligence. Good read about military technology & new warfare.
Should read it
Read more
Report abuse
See all reviews
Back to top
Get to Know Us
Make Money with Us
Let Us Help You
And don't forget:
© 1996-2021, Amazon.com, Inc. or its affiliates