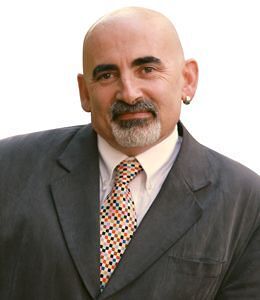 by Dylan Wiliam (Author), Siobhan Leahy (Author)
4.5 out of 5 stars 69 ratings
See all formats and editions
Sorry, there was a problem loading this page. Try again.

"Wiliam and Leahy have done it again! In this highly readable book, they present five formative assessment strategies, a compelling explanation of why each is important, and scores of practical techniques and tips for how to implement them in your classroom." -- Susan M. Brookhart "senior research associate, Duquesne University, author of "Performance Assessment""

Dylan Wiliam is one of the world's foremost education authorities. He has helped to successfully implement classroom formative assessment in thousands of schools all over the world, including the United States, Singapore, Sweden, Australia, and the United Kingdom. A two-part BBC series, "The Classroom Experiment," tracked Dr. Wiliam's work at one British middle school, showing how formative assessment strategies empower students, significantly increase engagement, and shift classroom responsibility from teachers to their students so that students become agents of and collaborators in their own learning. Siobhán Leahy, MS, was a principal of three secondary schools for 17 years. She has practical experience with embedding classroom formative assessment through implementation of teacher learning communities. She is co-author and developer, with Dylan Wiliam on several publications. She received her Master of Science from South Bank University, London, and her Bachelor of Science in Management Sciences from the University of Warwick, UK.
Tell the Publisher!
I’d like to read this book on Kindle

Dylan Wiliam, PhD, is a consultant who works with educators all over the world to develop effective, research-based teaching. He is former deputy director (Provost) of the Institute of Education at the University of London. From teaching in urban public schools to directing a large-scale testing program to serving in university administration, his professional path has led to a variety of positions at the forefront of education.

After completing an undergraduate degree in science and mathematics, he taught mathematics, science and English in private and urban public schools for eight years during which time he gained further degrees in mathematics and mathematics education. In 1984 he joined the faculty of Chelsea College, University of London, which later became part of King's College London. Here, he worked on developing innovative assessment schemes in mathematics before taking on the leadership of the College's mathematics teacher preparation program.

From 1989 to 1991, Dr. Wiliam served as the academic coordinator of the Consortium for Assessment and Testing in Schools, which developed a variety of assessments for the national curriculum of England and Wales. He then returned to King's College to serve as Dean of the School of Education before being promoted to assistant principal of the college. From 2003 to 2006 Dr. Wiliam was senior research director at the Educational Testing Service in Princeton, New Jersey.

During his academic career, he has written over 300 books, chapters and articles including a major review of research on formative assessment coauthored with Paul Black. He left the University of London in 2010 to focus on working more directly with teachers, and now spends his time working with teachers all over the world on improving teaching and learning. He lives physically in Princeton, NJ and virtually at www.dylanwiliam.net. You can follow him on Twitter at @dylanwiliam.

4.5 out of 5 stars
4.5 out of 5
69 global ratings
How are ratings calculated?
To calculate the overall star rating and percentage breakdown by star, we don’t use a simple average. Instead, our system considers things like how recent a review is and if the reviewer bought the item on Amazon. It also analyses reviews to verify trustworthiness.

mcG
5.0 out of 5 stars Phenominal!
Reviewed in Canada on 27 August 2018
Verified Purchase
This is the best book on Formative Assessment I have read to date. The book is an excellent pair to OECD's 7 principles of effective learning environments.
Read more
Report abuse

StevenMcGill
4.0 out of 5 stars Four Stars
Reviewed in Canada on 30 July 2016
Verified Purchase
A bit slow at the beginning but concrete examples are appreciated.
Read more
Report abuse