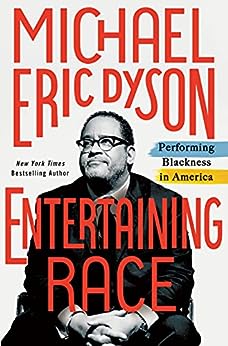 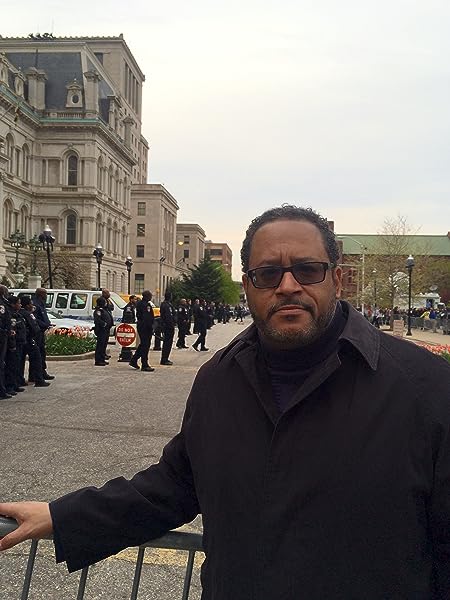 "Entertaining Race is a splendid way to spend quality time reading one of the most remarkable thinkers in America today."
—Speaker Nancy Pelosi

"To read Entertaining Race is to encounter the life-long vocation of a teacher who preaches, a preacher who teaches and an activist who cannot rest until all are set free."
—Senator Reverend Raphael Warnock

For more than thirty years, Michael Eric Dyson has played a prominent role in the nation as a public intellectual, university professor, cultural critic, social activist and ordained Baptist minister. He has presented a rich and resourceful set of ideas about American history and culture. Now for the first time he brings together the various components of his multihued identity and eclectic pursuits.

Entertaining Race is a testament to Dyson’s consistent celebration of the outsized impact of African American culture and politics on this country. Black people were forced to entertain white people in slavery, have been forced to entertain the idea of race from the start, and must find entertaining ways to make race an object of national conversation. Dyson’s career embodies these and other ways of performing Blackness, and in these pages, ranging from 1991 to the present, he entertains race with his pen, voice and body, and occasionally, alongside luminaries like Cornel West, David Blight, Ibram X. Kendi, Master P, MC Lyte, Ta-Nehisi Coates, Alicia Garza, John McWhorter, and Jordan Peterson.

Most of this work will be new to readers, a fresh light for many of his long-time fans and an inspiring introduction for newcomers. Entertaining Race offers a compelling vision from the mind and heart of one of America’s most important and enduring voices.

"Offers razor-sharp insights into American history, politics, and art. This is a feast of insights."
--Publisher's Weekly (Starred)

A thoughtful, elegantly argued contribution to the literature of Black lives in America."
--Kirkus (Starred)

"Dyson's essays and writings address a rich assortment of thought-provoking topics... an expansive and accessible overview of the inquiries of an important social and cultural thinker."
--Booklist

"In this extensive and thorough journey, Dyson continues to amaze and amuse on topics surrounding African American roles in entertainment. A thought-provoking vision from one of our country's national treasures."
--Detroit Free Press

"Michael Eric Dyson has been a lodestar for my generation: a brilliant intellectual whose accessible scholarship bridges the university and popular culture... Entertaining Race is a true gift to our culture."
--Candace Parker, WNBA champion, 2x WNBA MVP

For over a quarter century, Michael Eric Dyson has wrestled with critical race theory as a professor, analyzed racial injustice as a social critic, preached a progressive vision of Christianity as a preacher, and engaged in principled resistance as a social activist. Entertaining Race is a compelling and timely meditation on some of the most important issues of our time.
--Kimberlé Crenshaw, Executive Director of the African American Policy Forum

"Entertaining Race captures the same brilliance and passion for performance that not only motivates Dyson to observe, but which inspires him to perform at a high level on many stages himself as a thinker, writer, lecturer, preacher, speaker and activist. This is vintage Dyson."
--Audra McDonald, Tony, Grammy and Emmy award winning actress and singer

With Entertaining Race Dyson lifts the veil of what's really going on in our society--the good and the bad, but he manages to do that in a very compelling way.
--Bryan Cranston, Oscar-nominated actor and winner of Golden Globe, Tony and SAG Awards

"In the tradition of Dr. King--the greatest American preacher and public intellectual--Dr. Dyson summons the best in the American spirit, diagnosing the sickness that divides us while employing head, heart and hands to both call forth and construct a moral vision of 'beloved community.'"
--Senator Reverend Raphael Warnock

From the New York Times bestselling author of <i>Tears We Cannot Stop.</i> --This text refers to the hardcover edition.

From the New York Times bestselling author of Tears We Cannot Stop. --This text refers to the hardcover edition.

MICHAEL ERIC DYSON-Distinguished University Professor of African American and Diaspora Studies, College of Arts &amp; Science, and of Ethics and Society, Divinity School, and NEH Centennial Chair at Vanderbilt University-is one of America's premier public intellectuals and the author of numerous <i>New York Times </i>bestsellers including <i>Tears We Cannot Stop</i>, <i>What Truth Sounds Like</i>, <i>JAY-Z</i>, and, most recently, <i>Long Time Coming</i>. A winner of the 2018 nonfiction Southern Book Prize, Dr. Dyson is also a recipient of two NAACP Image awards and the 2020 Langston Hughes Festival Medallion. Former president Barack Obama has noted: "Everybody who speaks after Michael Eric Dyson pales in comparison." --This text refers to the hardcover edition.

MICHAEL ERIC DYSON--Distinguished University Professor of African American and Diaspora Studies, College of Arts & Science, and of Ethics and Society, Divinity School, and NEH Centennial Chair at Vanderbilt University--is one of America's premier public intellectuals and the author of numerous New York Times bestsellers including Tears We Cannot Stop, What Truth Sounds Like, JAY-Z, and Long Time Coming. A winner of the 2018 nonfiction Southern Book Prize, Dr. Dyson is also a recipient of two NAACP Image awards and the 2020 Langston Hughes Festival Medallion. Former president Barack Obama has noted: "Everybody who speaks after Michael Eric Dyson pales in comparison." --This text refers to the audioCD edition.
Read more

Michael Eric Dyson is an award winning author, a widely celebrated Georgetown University professor, a prominent public intellectual and a noted political analyst. A native of Detroit, Michigan, he is also an ordained Baptist minister. Dyson is a two-time NAACP Image Award winner (Why I Love Black Women, and Is Bill Cosby Right?), and the winner of the American Book Award for Come Hell or High Water: Hurricane Katrina and the Color of Disaster. His book The Black Presidency: Barack Obama and the Politics of Race in America was a Kirkus Prize finalist. Dyson has written 19 books, and edited another one, over his nearly 25-year publishing career. He is also a highly sought after public speaker who is known to excite both secular and sacred audiences. Follow him on Twitter @michaeledyson and on his official Facebook page (facebook.com/michaelericdyson)

4.8 out of 5 stars
4.8 out of 5
416 global ratings
How are ratings calculated?
To calculate the overall star rating and percentage breakdown by star, we don’t use a simple average. Instead, our system considers things like how recent a review is and if the reviewer bought the item on Amazon. It also analyses reviews to verify trustworthiness.

JB
5.0 out of 5 stars Excellent read
Reviewed in the United States on 8 November 2021
Verified Purchase
Mind opening of where we are as humans
Read more
12 people found this helpful
Report abuse

Monica Hayes
5.0 out of 5 stars Dyson's brilliance hits this one out of the park!!!
Reviewed in the United States on 4 December 2021
Verified Purchase
This is a good-sized book filled with Dyson's exquisite vocabulary and significantly wonderful ability to connect the dots with history, current events, and music lore. His description of Beyonce on stage , a quarter page of lusciously descriptivve adjectives and images is breathtaking. He ends the description with a one sentence summary that is beyond brilliant. He had me hollering. This work is not to be missed. I promise you. I'm not finished yet. Can't wait for the more.
Read more
2 people found this helpful
Report abuse

Charles Gross
4.0 out of 5 stars Incredible writer
Reviewed in the United States on 8 February 2022
Verified Purchase
Although I'm old and can't relate to some of the subject matter Rev. Dr. Tyson writes about (hip hop and rappers) many of his essays are very relatable and superbly crafted. He's just an incredible writer. I've never read anything written so eloquently. However, if you're allergic to critical race theory, don't buy this book. It may hurt your feelings. He's not afraid to tell the truth.
Read more
One person found this helpful
Report abuse

Tanyon
5.0 out of 5 stars Great read
Reviewed in the United States on 10 December 2021
Verified Purchase
This has been a fantastic read. He is such a talented writer. The author has a poetic spin to how the information is presented. Each word paints a picture so you really get a sense of the scenes he is trying to convey. It's Educational, inspirational and realistically relevant. I am so glad I made this purchase. If you are open to an expansive view of life on the black spectrum, I highly recommend!
Read more
2 people found this helpful
Report abuse

Gabriel Ingram
5.0 out of 5 stars Great Book
Reviewed in the United States on 18 January 2022
Verified Purchase
One of the best books that I have read. It relates to the reality that we are facing today. Honest & Compelling. Highly recommend reading this book.
Read more
One person found this helpful
Report abuse
See all reviews
Report an issue
Does this item contain inappropriate content?
Report
Do you believe that this item violates a copyright?
Report
Does this item contain quality or formatting issues?
Report