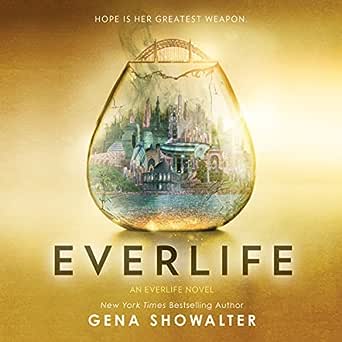 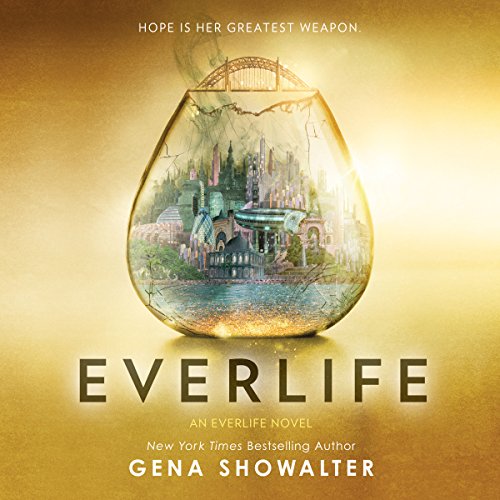 4.8 out of 5 stars
4.8 out of 5
158 global ratings
How are ratings calculated?
To calculate the overall star rating and percentage breakdown by star, we don’t use a simple average. Instead, our system considers things like how recent a review is and if the reviewer bought the item on Amazon. It also analyses reviews to verify trustworthiness.

vickles666
5.0 out of 5 stars Brilliant
Reviewed in the United Kingdom on 22 July 2018
Verified Purchase
It is an amazing story, a must read. I have read and loved all her books.
Read more
Report abuse

Tally Viva
5.0 out of 5 stars The perfect finale
Reviewed in Canada on 22 June 2019
Verified Purchase
Somehow Showalter does it everytime. All the loose ends tied up. I yelled at this book, cried into this book, and laughed a little too loud. A perfect ending to an amazing series.
Read more
Report abuse

Kaylyn
3.0 out of 5 stars Not as exciting and just a wrap up of the Everlife series
Reviewed in the United States on 12 March 2018
Verified Purchase
*Spoiler alert*
Well... A year of waiting and the author just basically wrapped up the series. The tone for the characters are very different than the other two books. I can’t really understand what Killian was saying she change the spelling and made it really difficult to read his dialogue. I expected so much more from Ms. Showalter. there was definitely a typo really bothered me she had over a year to proof read it. She could’ve had the realms really go to war and have a vector, but everyone’s a conduit. It was really weird having Ten call Killian her husband... Killian and Ten spend the entire book trying to remember each other. I wanted to read about their relationship growing, not rereading the first two books.

Third and final book of the Everlife series. Needs to be read as part of the series. YA dark fantasy with e extreme violence and torture triggers.
The final saga of Tenley Lockwood and her afterlife choices.

Fun reference to author Kresley Cole and how lies are curses we place on ourselves.

The text was literally making me sick in the amount of torture, pain, lies, and ugliness that occurred over and over throughout the entire series. I thought the first was dark with misery but I think this third book surpassed the first.

I am going with 4 stars because of the consistency of the tone throughout the series as well as character continuity for Ten and her number issues as well as believing in ideals.
For the shear violence I would have made this a lower rating so fair warning, not for the younger easily influenced crowd.


Read more
Report abuse
See all reviews
Get FREE delivery with Amazon Prime
Prime members enjoy FREE Delivery and exclusive access to movies, TV shows, music, Kindle e-books, Twitch Prime, and more.
> Get Started
Back to top
Get to Know Us
Make Money with Us
Let Us Help You
And don't forget:
© 1996-2020, Amazon.com, Inc. or its affiliates