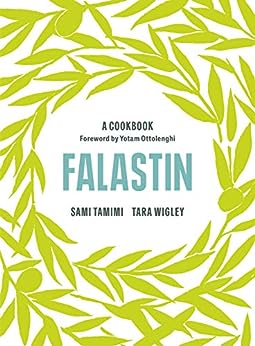 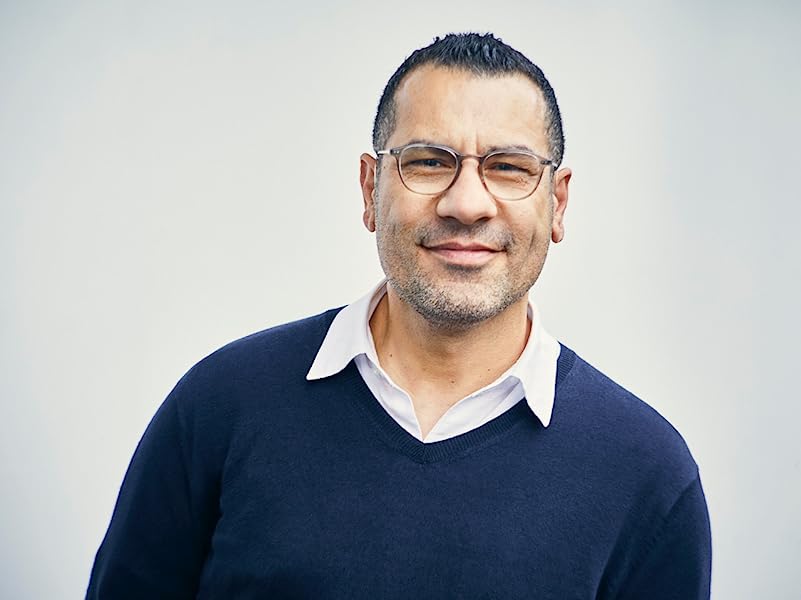 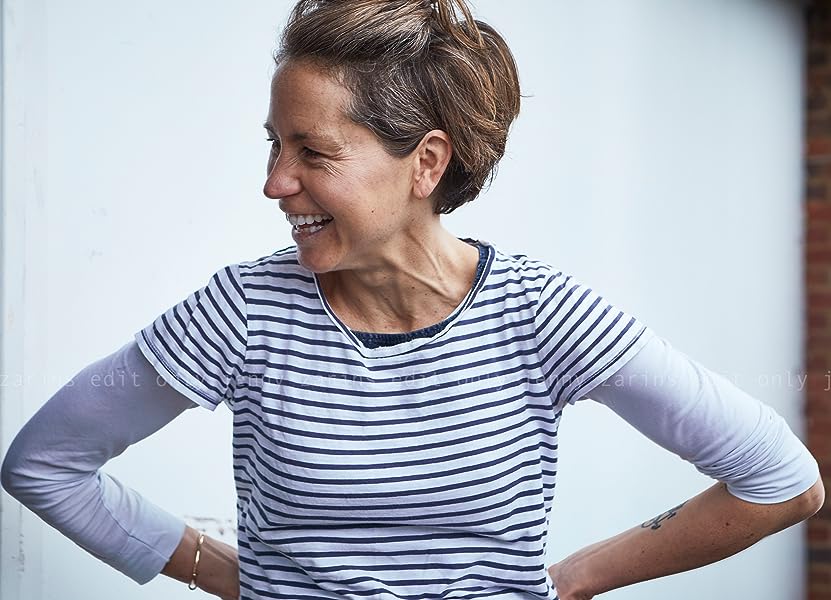 Winner of Fortnum & Mason Cookery Book of the Year 2021

'This lavish compendium of Palestinian recipes... photographed so vividly you can almost smell the freshly chopped parsley.' The Times

'a vibrant collection of recipes that reflect Palestinian traditions and yet is utterly contemporary... I really want to cook everything in this.' Nigella Lawson

FALASTIN is a love letter to Palestine. An evocative collection of over 110 unforgettable recipes and stories from the co-authors of Jerusalem and Ottolenghi: The Cookbook, and Ottolenghi SIMPLE.

Travelling through Bethlehem, East Jerusalem, Nablus, Haifa, Akka, Nazareth, Galilee and the West Bank, Sami and Tara invite you to experience and enjoy unparalleled access to Sami's homeland. As each region has its own distinct identity and tale to tell, there are endless new flavour combinations to discover.

The food is the perfect mix of traditional and contemporary, with recipes that have been handed down through the generations and reworked for a modern home kitchen, alongside dishes that have been inspired by Sami and Tara's collaborations with producers and farmers throughout Palestine.

With stunning food and travel photography plus stories from unheard Palestinian voices, this innovative cookbook will transport you to this rich land.

So get ready to laden your table with the most delicious of foods - from abundant salads, soups and wholesome grains to fluffy breads, easy one-pot dishes and perfumed sweet treats - here are simple feasts to be shared and everyday meals to be enjoyed. These are stunning Palestinian-inspired dishes that you will want to cook, eat, fall in love with and make your own.

This lavish compendium of Palestinian recipes ... photographed so vividly you can almost smell the freshly chopped parsley. ― The Times

Falastin is a beautifully relaxed, detailed and affectionate celebration of the Palestinian cuisines Tamimi grew up eating ― Stylist

Essential reading ... a labour of love that fully deserves the fervour ― The Telegraph

Falastin is a transporting and illuminating read in lockdown -- Signe Johansen --This text refers to the hardcover edition.

A ground-breaking Middle Eastern cookbook from the co-author of Ottolenghi- The Cookbook and Jerusalem, and co-founder of the innovative Ottolenghi delis. --This text refers to the hardcover edition.

Sami Tamimi (Author)
Sami Tamimi was born and raised in Jerusalem and was immersed in food from childhood. He started his career as commis-chef in a Jerusalem hotel and worked his way up, through many restaurants and ethnic traditions, to become head chef of Lilith, one of the top restaurants in Tel Aviv in the 1990's.
Sami moved to London in 1997 and worked at Baker and Spice as head chef, where he set up a traiteur section with a rich Middle-Eastern and Mediterranean spread. In 2002 he partnered with Noam Bar and Yotam Ottolenghi to set up Ottolenghi in Notting Hill. The company now has four stores and two restaurants, NOPI and ROVI, all in central London.
In his position as the executive head chef, Sami is involved in developing and nurturing young kitchen talents and creating new dishes and innovative menus.
Alongside Yotam Ottolenghi, Sami Tamimi is co-author of two bestselling cookbooks- Ottolenghi- The Cookbook and Jerusalem- A Cookbook.

Tara Wigley (Author)
Tara Wigley spent a decade working in publishing - at the Abner Stein Literary Agency in London and then Simon & Schuster - before going to cookery school in Ireland when her twins were 18 months old. She met Yotam Ottolenghi in 2011 and has been writing in collaboration with him ever since. She began by developing, testing and writing recipes for Yotam's weekly column in the Guardian magazine and his longer monthly column, in 2017, for the New York Times. Plenty More. NOPI- The Cookbook, SWEET and Ottolenghi SIMPLE were all written with Tara.

Yotam Ottolenghi (Foreword By)
Yotam Ottolenghi is the restaurateur and chef-patron of the four London-based Ottolenghi delis, as well as the NOPI and ROVI restaurants. He is the author of eight bestselling and multi-award-winning cookery books. Yotam has been a weekly columnist for the Saturday Guardian for over thirteen years and is a regular contributor to the New York Times. His commitment to the championing of vegetables, as well as ingredients once seen as 'exotic', has led to what some call 'The Ottolenghi effect'. This is shorthand for the creation of a meal which is full of colour, flavour, bounty and sunshine. Yotam lives in London with his familywww.ottolenghi.co.uk @Ottolenghi

--This text refers to the hardcover edition.
Read more

4.8 out of 5 stars
4.8 out of 5
1,067 global ratings
How are ratings calculated?
To calculate the overall star rating and percentage breakdown by star, we don’t use a simple average. Instead, our system considers things like how recent a review is and if the reviewer bought the item on Amazon. It also analyses reviews to verify trustworthiness.

Tamara
5.0 out of 5 stars Beautiful book
Reviewed in Australia on 26 July 2021
Verified Purchase
Beautiful representation of Palestinian culture and cuisine. I prefer cookbooks with history of food, cultural insights and beautifully written back stories. This book does it all and highlights the importance of supporting Palestinian voices.
Read more
Helpful
Report abuse

Frances Howie
5.0 out of 5 stars Food Stained with Love
Reviewed in Australia on 5 February 2021
Verified Purchase
I love this book. Recipes are amazing and they demand to made again and again. My book is already food stained with love 💕
Read more
Helpful
Report abuse

Leigh Forster
2.0 out of 5 stars My expectations were not fulfilled
Reviewed in Australia on 19 June 2020
Verified Purchase
I was hoping this book would follow on from Ottolenghi but maybe I was expecting too much
Read more
One person found this helpful
Helpful
Report abuse

Loki
5.0 out of 5 stars Beautiful recipes easily recreated
Reviewed in Australia on 12 August 2020
Verified Purchase
What a fabulous book it has become a weekly go to reference for delicious middle-eastern recipes.
Read more
Helpful
Report abuse

Mrs
5.0 out of 5 stars Great addition to my Ottolenghi related recipe collection
Reviewed in Australia on 23 August 2020
Verified Purchase
Such interesting insights to the culture, some lovely recipes, for any Ottolenghi aficionados
Read more
Helpful
Report abuse

Nisrin Abuorf
5.0 out of 5 stars Stunning book packed with incredible recipes
Reviewed in the United Kingdom on 5 April 2020
Verified Purchase
I’ve been waiting for this book for a long time now and it did not disappoint! What a tribute to Palestinian food and people! As a Palestinian cook I find most recipes to be fresh and creative yet with an authentic blueprint and packed with flavours of palestine. Plenty of vegetarian and healthy options also. It is a must have!
Read more
48 people found this helpful
Report abuse

Clairee
5.0 out of 5 stars A fantastic book
Reviewed in the United Kingdom on 5 April 2020
Verified Purchase
I am very impressed with the book. The recipes look wonderful and I like books like this where you get a feeling for the area the recipes originate and stories of local people. Today I will make the baked kofte with aubergine and tomatoes as I have all the ingredients though I will use just beef mince as I don’t have any lamb mince. I am flexiterean so am pleased there are so many vegetable based recipes-I made the cauliflower fritters yesterday and they are even better cold than hot. The chopped salad is great too. I have the ingredients to make the chickpea and marrow or courgettes in yoghurt so I’ll make that today too as it looks good-the photos are really helpful as it helps in regards to unfamiliar recipes. Over all a fantastic book.
Read more
39 people found this helpful
Report abuse

Keren
1.0 out of 5 stars Food and politics shouldn't mix
Reviewed in the United Kingdom on 4 July 2020
Verified Purchase
Food should bring people together, not devide them. This is a good book that's basically political throughout.
There's no need for that at all. Let the food tell the story of the region. I don't want to keep it and don't even feel comfortable passing it on. Opportunity missed.

Ms Louise H Meaden
5.0 out of 5 stars Fabulous, just fabulous!
Reviewed in the United Kingdom on 17 April 2020
Verified Purchase
This book is full of the most inspiring photos and recipes that took me straight back to my time in Palestine. Well worth buying for the stories alone, but I’ve no doubt the recipes will be just as well thought through and delicious. Highly recommend.
Read more
31 people found this helpful
Report abuse

SM
5.0 out of 5 stars Falastin - a Cookbook to Cherish
Reviewed in the United Kingdom on 24 May 2020
Verified Purchase
If you don’t buy this book U will miss out on an amazing cooking , eating experience! Love it! Love it!! Written so well, beautiful pictures and each and every recipe is an experience to try out and cook. Thank U to both Sami and Tara... My kitchen and cooking pots are breathing again!
W0W!.❤️

Read more
23 people found this helpful
Report abuse
See all reviews
Back to top
Get to Know Us
Make Money with Us
Let Us Help You
And don't forget:
© 1996-2021, Amazon.com, Inc. or its affiliates