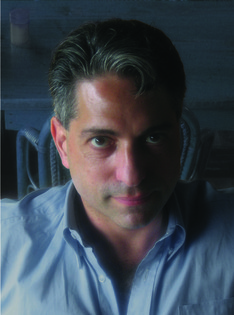 The Fiddler's Fakebook: The Ultimate Sourcebook For The Traditional Fiddler Paperback – 1 January 1992

by David Brody (Author)
4.6 out of 5 stars 327 ratings
See all formats and editions
Sorry, there was a problem loading this page. Try again.

The enormous wealth of material in the Fiddler's Fakebook makes it more than a reference book to be left on the shelf. You will find it helpful in any playing situation--from a square dance to an informal gathering of friends. You can study it page by page learning those tunes that particularly strike your fancy. But perhaps most importantly, you can have a great deal of fun just sitting down and playing through these remarkable monuments to the traditional musician's art.
Tell the Publisher!
I’d like to read this book on Kindle

David Brody is an artist, musician, author and professor. For the most complete information about him please visit www.davidbrodyart.com and www.davidbrodymusic.com.

He received a graduate degree in painting from Yale University. His work has been shown in close to 100 exhibitions across the United Sates and Europe and has earned many awards including a Fulbright and a Guggenheim. He also been featured and reviewed in numerous publications including Art in America, Artforum, and New Art Examiner among many others. He recently wrote and filmed a college-level drawing course for The Great Courses titled “How to Draw”. The course consists of thirty-six half hour lectures and was published in November, 2015. He has been a Professor at the University of Washington in Seattle since 1996.

In his career as a musician he has worked as a multi-instrumentalist, singer, and songwriter. Early on he played bluegrass, old-time, Celtic and swing fiddle in The Delaware Water Gap String Band. Later he played violin and mandolin with The Klezmer Conservatory Band. He recorded nine albums with these groups and other artists on the Flying Fish, Rounder, and Vanguard labels. He has appeared at Avery Fisher Hall and Symphony Space in New York City, at major venues and music festivals across the United States, Canada, and Europe and on Garrison Keillor's radio show A Prairie Home Companion. He has published five books on music including the best-selling The Fiddler's Fakebook.

4.6 out of 5 stars
4.6 out of 5
327 global ratings
How are ratings calculated?
To calculate the overall star rating and percentage breakdown by star, we don’t use a simple average. Instead, our system considers things like how recent a review is and if the reviewer bought the item on Amazon. It also analyses reviews to verify trustworthiness.

Amazon Customer
5.0 out of 5 stars Not just for fiddlers
Reviewed in the United Kingdom on 19 November 2011
Verified Purchase
I've had a copy of this book for years and have just bought another copy as my old one is begininig to fall apart after lots of use. Its not just for fiddlers - I am a guitar player who plays 'tunes' and the joy of this book is that there is familiar and unfamiliar content from England, Ireland, Scotland, America, Canada and other places. There is always another tune to tackle - easy tunes for when you first get started and more complicated material for those whose reading/ playing skills are improving. I always seem to find tunes I've not noticed before.
I don't read music well and this just gives the top line melody and chords to build upon and make your own. I cannot recommend it enough for anyone who likes playing 'traddy' music
Read more
2 people found this helpful
Report abuse

Blue Wave
4.0 out of 5 stars Loads of great tunes from all over, in one book!
Reviewed in the United Kingdom on 26 February 2010
Verified Purchase
I'm a fiddle teacher and player and I've had this book for years. I started buying copies for my students too and only then did I notice that the bowing does not always work out well, I usually have to write in my own bowing for them so it makes sense but apart from this it's a great book and there's chords too. I think the author has just transcribed the tunes from old recordings, and therefore some of them are indeed a bit odd compared to the "standard" versions! With nearly 500 tunes in it I'd definitely recommend this book and it's spiral bound too so it will actually sit on your music stand.
Read more
3 people found this helpful
Report abuse

artist
5.0 out of 5 stars Excellent folk fiddle source book
Reviewed in the United Kingdom on 28 April 2018
Verified Purchase
A very good source book for fiddle players of all levels. Use it a lot.
Read more
Report abuse