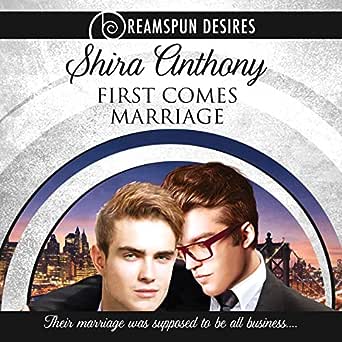 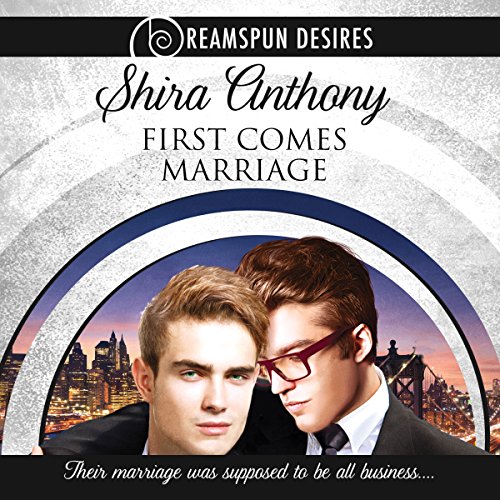 3.8 out of 5 stars
3.8 out of 5
16 global ratings
How are ratings calculated?
To calculate the overall star rating and percentage breakdown by star, we don’t use a simple average. Instead, our system considers things like how recent a review is and if the reviewer bought the item on Amazon. It also analyses reviews to verify trustworthiness.

Tori Parker
4.0 out of 5 stars Extremely well written fairytale of sorts...
Reviewed in the United Kingdom on 16 January 2016
Verified Purchase
Admittedly, buying this book was a heck of a gamble since, 1) I'd never heard of the author and 2) I'd bought and DNF'd the first offering in this series by one of my autobuys MJ O'Shea. Which, yeah, came as a shocker to me too. But anyway, thankfully the impulsive gamble paid off because I found 'First Comes Marriage' quite delightful.

Firstly, I very much like SA's voice. It's smooth and articulate, engaging and at times wonderfully poignant - at one point near the end I was near to tears. The story flow was good too, though I will say the pacing lagged a few times when Jesse would disappear and there was no real angst to push the story forward but that certainly didn't affect my enjoyment too much. I liked Chris but I found Jesse far more intriguing, he's the one that captured my attention and stole my heart - to such an extent (and this is the other reason for that lacking *) that I was left feeling the 'love' was a touch unbalanced. That Jesse was far deeper in love with Chris. I can't quite put my finger on it. Or heck, maybe I can, maybe it was that two months. I don't buy that a man so much in love could've held out that long. It was as if he didn't think about what Jesse could be going through. I wanted him to man up for his guy! I just wanted more from him. Did he make up for it? Not particularly. Not to me. But thankfully SA saved it with a sweet epilogue that left me with a smile on my face. And I can't possibly finish without a special shout out to Wenda. She was awesome! The supposedly evil young step mother. What an original secondary character she was! I loved her from the start, so bravo to SA for a truly inspired curveball!

Overall, this a sweet story that's true to the blurb, it certainly delivers an HEA and for those who want an easy MM read with good characters - and a couple of rather awesome secondary ones, this one is for you.

Marc | Rainbow Gold Reviews
4.0 out of 5 stars A sweet and well-written comfort read with likable and interesting characters, love and passion - RGR Review by Marc
Reviewed in the United Kingdom on 8 April 2016
Verified Purchase
This was the first Dreamspun Desires book I read and I was not sure if it would work for me. I don’t want my books to be too polished, too perfect and too unrealistic. I don’t mind a nice romantic fantasy about hot guys finding love, but I still must be able to connect with the characters and be interested in their relationship.

I’m really glad that I never had a problem to connect with this story. I had high hopes, given how much I have loved other books by Shira Anthony and I’m happy that I had the chance to meet Jesse and Chris and got to ‘watch’ them find their HEA. I loved their story and for me it was the perfect choice for Comfort Zone Week.

Jesse is not at all what I expected. I thought he might be an over-confident business guy or spoiled rich kid, accustomed to getting everything he ever wanted. And while he grew up with certain priviledges that come from money, I soon realized that he worked hard to make the company flourish and treated his staff like friends and family. He respects the people he works with and the people who work for him and that goes a long way. He is a pragmatic guy and while I firmly believe marriage should be something special, his proposal did not feel ‘wrong’. He did not use Chris and he respected him and gave him an incredible opportunity.

Readers never really get to see Jesse’s business side, the focus of the book is the relationship. Even as the order is different here and marriage comes first, before they find love and ultimately their HEA, the romance is the major focus of the book.

When Chris meets Jesse at one of his book readings, Jesse is a bit shy and charming. It soon becomes obvious that he is a closeted geek and the two guys are comfortable with each other, share similar interests and just seem to have an easy friendship between them.

Chris is a talented writer and I found him to be very likable from the start. He has nice friends who let him room with them and has a loyal fan base. He is able to support himself with a barrista job and his writing, but has not a lot of money to spare and is hoping for a break.

I liked that he was not in a desperate situation that would have forced him to agree with the ‘business deal’ marriage out of necessity. He could have continued the way he lived before and probably would have gotten his break at some point, but earning a million dollars by getting married to a nice guy, a friend, and having the time to write without distractions was a very tempting offer, however unusual the proposal might have been.

The thing I loved most about the book is the difficult relationship Jesse has to his Stepmother and how bringing Chris home forces him to deal with Wanda. She is a very interesting character. Smart, somewhat hard to analyze, but very intriguing.

There are several obstacles like secrets and lies in Jesse and Chris’ way, but they are both likable and in the end manage to overcome all hurdles and find unexpected happiness in their marriage, even though it started as sham. While it’s not always smooth sailing for the guys, the angst level is low and the romance is as sweet as the sex is hot.

I had a lot of fun with the book and characters and I will have to check out other Dreamspun Desires books, whenever I need another comfort read.

Midnawolf
4.0 out of 5 stars Nice gentle romantic read
Reviewed in the United Kingdom on 30 January 2016
Verified Purchase
What starts as a marriage of convenience, a business venture to fulfil a grandfather's will has millionaire Jesse marrying author Chris. Both have their reasons for marrying each other but what happens when their fake feelings start to become real. Loved the premise of the story and the characters are relatable and you so want them to get together. First time reading this author and I will be looking at other books by her. Recommended.
Read more
Report abuse

okee1
1.0 out of 5 stars Not great
Reviewed in the United Kingdom on 29 May 2016
Verified Purchase
This was completely drawn out for no reason.
A real struggle to get through the book.
The characters where not engaging and the storyline was very weak. Very sorry but I didn't enjoy it.
Read more
Report abuse

viki
5.0 out of 5 stars First comes marriage
Reviewed in the United Kingdom on 22 January 2016
Verified Purchase
It is 2.12am and I have just finished this book in one sitting loved this story and the lovely little twist at the end xx
Read more
Report abuse
See all reviews
Get FREE delivery with Amazon Prime
Prime members enjoy FREE Delivery and exclusive access to movies, TV shows, music, Kindle e-books, Twitch Prime, and more.
> Get Started
Back to top
Get to Know Us
Make Money with Us
Let Us Help You
And don't forget:
© 1996-2020, Amazon.com, Inc. or its affiliates