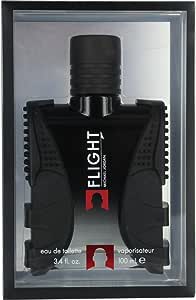 Perfumery – Did you know?
Eau de Toilette or Eau de Parfum? While Eau de Toilette contains 5-9% of perfume oil, Eau de Parfum usually contains 8-14%. Eau de Parfums therefore last longer and smell more intense. Natural or synthetic fragrances? Perfumes with natural ingredients often smell different in batches based on the source of the ingredients, while synthetic ingredients usually have consistency in their smell and lasts longer. Notes and different smell after application? Perfumes are often designed with top, middle and base notes, and designed to smell different based on the time after application. For example, some top note citrus scents smell stronger immediately upon application, while a lavender middle note may be sensed after some time from application as the top note evaporates.

4.7 out of 5 stars
4.7 out of 5
511 global ratings
How are ratings calculated?
To calculate the overall star rating and percentage breakdown by star, we don’t use a simple average. Instead, our system considers things like how recent a review is and if the reviewer bought the item on Amazon. It also analyses reviews to verify trustworthiness.

Maxime
5.0 out of 5 stars Five Stars
Reviewed in Canada on 8 May 2018
Verified Purchase
the package was very well packaged and it arrived on time. The smell of perfume is very good and it is comparable to a known brand perfume.
Read more
Report abuse

EJ
4.0 out of 5 stars If you haven't tried it you should
Reviewed in the United States on 30 March 2019
Verified Purchase
This is a good cologne for any occasion. It smells great. The fragrance fills air and lingers for about 15 minutes after spraying it on. The longevity of it is decent. You can still smell it on you and so can someone else as long as they put their nose right on you after about 7 hours of it being on you. The strength of the smell can be smelled from a distance for about an hour after spraying it on then it gets faint but can still be smelled at close range. You can bath in this and still smell great. The more you spray doesn't make it any more stronger or last any longer you just cover your whole body from head to toe. If you never have tried this you should just to say you have.
Read more
4 people found this helpful
Report abuse

©~K.I.S.S`E.S.S~So~Delicious~©
5.0 out of 5 stars ~MJ has gotten pretty good about this whole business of cologne.~
Reviewed in the United States on 25 April 2014
Verified Purchase
It has been a mighty, MIGHTY, MIGHTY, long time since I even thought about purchasing cologne. The main reason: I prefer to wear the oils of Smell Goods 1998, whose lovely offerings you can find at [...]. I am truly just a loyal customer since the business was opened out a shoebox in 1998, and cologne cannot compete with the longevity that the scent from oils are able to maintain for hours. However, I found an article that mentioned Legend by Michael Jordan and decided to try since the reviews were mainly very favorable. As I concur with most reviews, Legend is a scent for the fall, although it would be worn if I was going out for the evening with my wife. Since 2004, I had limited myself to 4 colognes, and I will and would wear two scents at a time because when I asked a lady working for Cigna back in 1997 what scent she was wearing, she said, "It's 2 different scents so no one will know what it is." From that day forward, I started doing the same thing with my colognes. Oddly enough, shortly before this happened, while I was a student at UNC Charlotte, maybe this was early '97, CK One had just been released. It smelled really good, and at the time it was the first time I had heard of a unisex scent. No problem, until I was in the elevator with 4 other young women. One of them said, "Somebody smells real good." Before I could open my mouth, another girl said, "I'm wearing CK One." I never wore it again, and threw it away as soon as I got back to my room.

When Michael Jordan by MJ first came out, because it was from MJ, and being that there was facets of him that I truly added to my own mystique, I thought it smelled wonderful. But with growth, the fad of the moment vaporized just like the scent and I really did not keep up with that aspect of him much after that. That is, until Jordan by Michael was made and it is now 1 of the 4 scents; well, 5 colognes now, that I have in rotation. 23 never hooked me so I searched elsewhere after that one. The only thing about Jordan by Michael is that when I wear any type of clothing with his label, it is always one of the scents I will wear. So, with the purchase of Legend came the suggestion of Flight and again, the reviews were more than positive so since it did not cost much, I decided to try it, as well. Jordan by Michael is going to have a difficult time keeping its current position as my favorite: Flight smells that good. As I think about it, 3 years a friend from childhood told me a guy on YouTube was showing off his Creed collection and mentioned MJ wore a particular scent from Creed, which caused my friend to buy it, bring it to my home, and while it is so expensive, Creed might be the only time I would ever consider investing that much money into cologne. I realize now that that made me think Jordan had stopped making cologne, but he is still at it and he should be. More so with oils, my wife will ask me, "Mmmmm. What are you wearing?" I still purposely aim for that response from her, and it makes me feel really, REALLY good about my combinations with both colognes and oils.

Read more
11 people found this helpful
Report abuse
See all reviews
Get FREE delivery with Amazon Prime
Prime members enjoy FREE Delivery and exclusive access to movies, TV shows, music, Kindle e-books, Twitch Prime, and more.
> Get Started
Back to top
Get to Know Us
Make Money with Us
Let Us Help You
And don't forget:
© 1996-2020, Amazon.com, Inc. or its affiliates