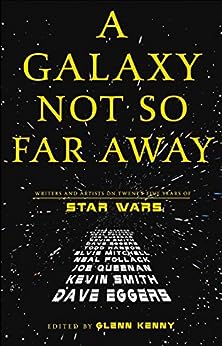 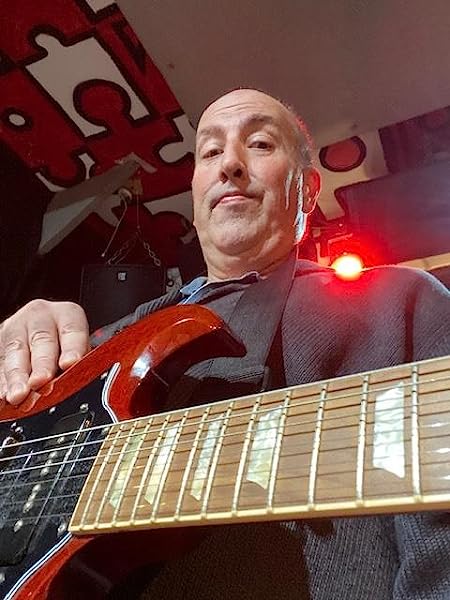 A Galaxy Not So Far Away: Writers and Artists on Twenty-five Years of Star Wars Kindle Edition

by Glenn Kenny (Editor) Format: Kindle Edition
See all formats and editions
Sorry, there was a problem loading this page. Try again.

A Galaxy Not So Far Away is the first ever exploration of the innumerable ways the Star Wars films have forever altered our cultural and artistic landscape. Edited by Glenn Kenny, a senior editor and critic at Premiere magazine, this singular collection allows some of the nation's most acclaimed writers to anatomize, criticize, celebrate, and sometimes simply riff on the prismatic aftereffects of an unparalleled American phenomenon. Jonathan Lethem writes of the summer he saw Star Wars twenty-one times as his mother lay dying of cancer. Neal Pollack chips in with the putative memoir of a certain young man having problems with his father, written in the voice of Holden Caulfield. Erika Krouse ponders the code of the Jedi Knight and its relation to her own pursuit of the martial arts. New York Times film critic Elvis Mitchell meditates upon the mysterious figure Lando Calrissian.

A classic assemblage of pop writing at its best, A Galaxy Not So Far Away is a book for everyone who loves Star Wars films and seeks to understand just what it is about these films that has so enchanted an entire generation of filmgoers.

GLENN KENNY is a Senior Editor and Chief Film Critic for Premiere magazine. He lives in Brooklyn, New York. --This text refers to an out of print or unavailable edition of this title.

A collection of original essays by some of America's most notable young writers on the cultural impact of the Star Wars films, A Galaxy Not So Far Away is the first exploration of the innumerable ways the films have altered our cultural landscape. Edited by Glenn Kenny, a senior editor at Premiere magazine, this collection allows some of the highly perceptive writers to anatomise, criticise, celebrate, and sometimes simply riff on the prismatic after-effects of an unparalleled American phenomenon. Jonathan Lethem writes of the summer he saw Star Wars 21 times as his mother lay dying of cancer. Neal Pollack provides the putative memoir of a young man having problems with his father, written in the voice of Holden Caulfield. An intriguing assemblage of pop writing at its quirkiest. --This text refers to an out of print or unavailable edition of this title.

Born in Fort Lee, N.J., now living in Kings County New York, Glenn Kenny is a film and music critic whose work appears in The New York Times, RogerEbert.com, and other outlets. For ten years he was the chief film critic of Premiere magazine. In 2002 he edited and wrote the introduction to "A Galaxy Not Too Far Away: Writers and Artists on 25 Years of 'Star Wars.'" In 2014 he authored "Anatomy of an Actor: Robert De Niro" for Cahiers du Cinema/Phaidon. That book was called "the finest book on De Niro yet" by The Film Stage. This year sees the publication of his most exciting book project, a definitive account of the making of the classic gangster film "Goodfellas," to be released in October 2020 by Hanover Square Press.

3.0 out of 5 stars
3 out of 5
4 global ratings
How are ratings calculated?
To calculate the overall star rating and percentage breakdown by star, we don’t use a simple average. Instead, our system considers things like how recent a review is and if the reviewer bought the item on Amazon. It also analyses reviews to verify trustworthiness.

Shane Hayes
4.0 out of 5 stars The Force Is Strong In This One.
Reviewed in the United Kingdom on 4 July 2017
Verified Purchase
A collection of original essays from writers exploring the legacy and cultural impact of Star War, although its the more personal and autobiographical pieces that have the most impact. In the introduction editor Glenn Kenny defends the film from the bitter sniping of pompous critics like Peter Biskind and David Thomson. Overall an insightful and engaging book.
Read more
Report abuse