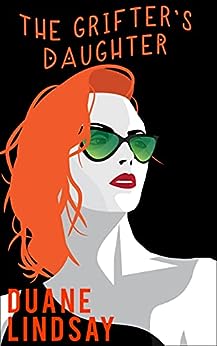 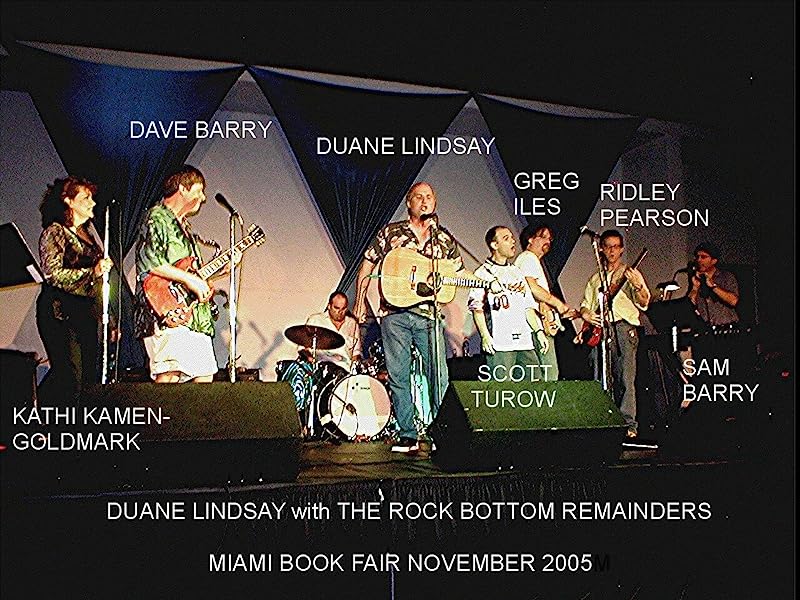 by Duane Lindsay (Author) Format: Kindle Edition
See all formats and editions
Sorry, there was a problem loading this page. Try again.

IMAGINE YOU STOLE A MILLION DOLLARS –
FROM YOUR FIANCÉ. ON THE EVE OF YOUR WEDDING.
Dani Silver doesn’t have to imagine. She just did it. And she’s got big plans for her share of that million in cash she and her father scammed from her billionaire fiancé (although strictly speaking, that might make him her ex-fiancé.)

Now she’s going to run her own operation—a long con, a dying art currently practiced by only a few old-timers. Fortunately, she learned from the best con man still living, as he’s happy to remind Dani…often—Leroy “Pops” Amadeus Logan, who happens to be her pops.

Dani—or Mona Pasternelli, or Carly McNair, or any number of aliases she can pull out of her pocket—has gotten by for the past couple of decades on small cons. She’s got a con for every occasion. Need to get rid of your abusive husband? No murder necessary…it’s so much more satisfying to just mess with him and screw up his life.

Thanks to her ex-fiancé, she can afford to put up the front money for the sting she’s got in mind, and she’s looking for a mark. But not just any mark. Her idea of going sort of straight requires that the mark be crooked and really deserving of being fleeced.

The perfect candidate appears in the person of a televangelist who talked the widowed mother of a friend into signing over her house to his church. When the plan runs riotously amok, Dani goes back to Pops for help in figuring out where she went wrong. She backtracks, adjusts course, and—with her delightfully cockamamie crew in tow—the game is on again!

Author Lindsay has created a refreshingly human and appealing heroine who’ll keep readers coming back for more. Laugh-out-loud funny, inventive, and appropriately low-life, this delectable first taste of the Dani Silver series will delight fans of heist and caper movies (think THE STING, and all the OCEAN’S films, especially the all-female OCEAN’S EIGHT), TV series about loveable con artists and female criminals, like LEVERAGE, IMPOSTERS, and of course GOOD GIRLS—and books!

There just aren’t enough of them. But if you can’t get enough of Donald Westlake’s riotous Dortmunder gang and Lawrence Block’s Bernie Rhodenbarr, Dani’s your new BFF.

I wrote my first novel in college at the University of Wyoming, played lead guitar in Pinky’s bar as a member of “Suzy Q and the Quad City Ramblers,” Got an English degree, then an engineering degree, worked a lot, got married to Traci (probably the best thing to ever happen), wrote several books with Raymond Dean White, retired recently from said engineering and started writing again.

Now I write cheerfully demented novels about con artists and overweight PIs, play guitar a lot (on a very well used and loved 1954 Martin D-18 (for those of you who have guitar lust—centerfold picture available on request) and generally am having the best retirement ever.

For more information, go to www.duanelindsay.com.

4.3 out of 5 stars
4.3 out of 5
96 global ratings
How are ratings calculated?
To calculate the overall star rating and percentage breakdown by star, we don’t use a simple average. Instead, our system considers things like how recent a review is and if the reviewer bought the item on Amazon. It also analyses reviews to verify trustworthiness.

kinkers
4.0 out of 5 stars A 3.5 stars
Reviewed in Australia on 24 September 2017
The author provided me with this book in return for an honest review. I'm not sure whether it was a draft/ARC or a final issue copy. I hope it was the first, because there were a fair amount of grammar, exclusion of words and some spelling issues. The major issue that often/continuously annoyed me though was, when changing scenarios - Chapter 30 is a fine example - there was no large space or definition (### or ~~~ etc) break in the writing to indicate that we have been taken to a different location. This interrupted my process of thinking and ruined the flow of the story briefly.

Now that I've had my spit, I really enjoyed the story. It had humour, quirky characters and a mixture of main character's determination to become independent in her chosen career and a hidden virtue of doing good. I was disappointed that we didn't get the outcome of towards Jigg's and his mother's house - after all, they were the original reason behind the whole story confrontation. Brock and Marcy seemed to drift away into the fog as well. Is it the intention for them to pop up again in future books in the series?

I'd read more of this author if given the opportunity, esp in this series. Recommend.
Read more
Helpful
Report abuse

Anne
4.0 out of 5 stars The Grifter's Daughter
Reviewed in Australia on 11 May 2018
Anne Kinslow.
This book was very interesting and full of humour, plenty of action and planning of a con artist and her team to relieve others of their ill gotten gains.I enjoyed this story but, would have liked the ending to include what happened to Jiggs & Marcy and did Jiggs get payment for his mother's house? After all, he was the reason for this particular con job. A good weekend read.
Read more
Helpful
Report abuse

manuela francioni
4.0 out of 5 stars hard to put down
Reviewed in Australia on 26 February 2018
I received a free copy of this book and voluntarily chose to review it. found it to be interesting. my first introduction to grifters
Read more
Helpful
Report abuse

Sallyf
5.0 out of 5 stars Five Stars
Reviewed in Australia on 12 June 2018
This book had me at the first page. An elaborate scam with unexpected twists and turns
Read more
Helpful
Report abuse
See all reviews

Peter Ffrench
5.0 out of 5 stars A rollicking con romp story.
Reviewed in the United Kingdom on 30 November 2021
Verified Purchase
Enjoyable read about a scam that goes wrong but was on the wrong mark to begin with and is turned around to Dani and the crew's benefit by scamming the proper bad guys. Well written with a cast of thousands, well it seems like it and plenty of insight into the criminal mind.
Read more
Report abuse

Amazon Customer
3.0 out of 5 stars It's more like a 2.5 star but amazon is too stupid to allow 5 out of ten
Reviewed in the United Kingdom on 29 December 2021
Verified Purchase
Not a hard book to read. I reached the end quite painlessly.

Daughter of a con man turns out to be an adequate con merchant herself.

Outside of that I don't remember much of the book so it failed to imprint on me.

Helenkw
3.0 out of 5 stars Slow Going Con
Reviewed in the United Kingdom on 1 January 2022
Verified Purchase
Daughter of a con man turns out to be an adequate con merchant herself.
Hoping to fleece a bad guy, the 1st con fails, so we do it all over again. By 70% of the book, I just wanted it to end. Unfortunately, too slow going for my tastes.
Read more
Report abuse

Lisa Botfield
5.0 out of 5 stars great fun
Reviewed in the United Kingdom on 31 December 2021
Verified Purchase
Enjoyed the book tremendously fun to read and a very good read made me smile very well written and witty
Read more
Report abuse

Doug P.
5.0 out of 5 stars Gritty and fun
Reviewed in Canada on 24 November 2021
Verified Purchase
Try his book is full of colourful simil s and written in the style of an old-time hand d-boil d thriller appropriate to the whole grifter theme.
Read more
Report abuse
See all reviews
Back to top
Get to Know Us
Make Money with Us
Let Us Help You
And don't forget:
© 1996-2022, Amazon.com, Inc. or its affiliates