Temporarily out of stock.
Order now and we'll deliver when available. We'll e-mail you with an estimated delivery date as soon as we have more information. Your account will only be charged when we ship the item.
Delivery Rates and Return policy
$107.00
& FREE Delivery
Sold by: BuyGlobal
Sold by: BuyGlobal

Delivery Rates and Return policy
Flip to back Flip to front
Listen Playing... Paused   You're listening to a sample of the Audible audio edition.
Learn more
See all 2 images 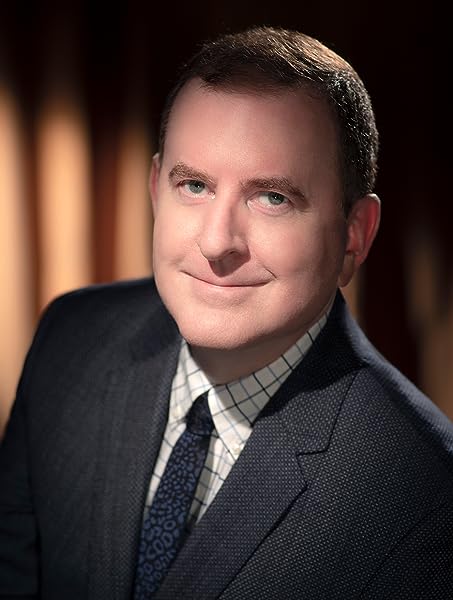 A Heart at Fire's Center: The Life and Music of Bernard Herrmann Hardcover – 3 June 1991

by Steven C. Smith (Author)
4.9 out of 5 stars 52 ratings
See all formats and editions
Sorry, there was a problem loading this page. Try again.

This first major biography of the composer explores the interrelationships between Herrmann's music and his turbulent personal life, using much previously unpublished information to illuminate Herrmann's often contradictory behavior, his working methods, and why his music has had such lasting impact.

Steven C. Smith is an award-winning author, journalist, and television producer who has written extensively about film, music, and television. He has worked as a producer for HBO Entertainment News and NBC's Weekend Today; has been a writer/producer on the A&E series Biography; and was supervising producer of the AMC series Backstory. He is also the author of Film Composers (1991).
Start reading A Heart at Fire's Center on your Kindle in under a minute.

4.9 out of 5 stars
4.9 out of 5
52 global ratings
How are ratings calculated?
To calculate the overall star rating and percentage breakdown by star, we don’t use a simple average. Instead, our system considers things like how recent a review is and if the reviewer bought the item on Amazon. It also analyses reviews to verify trustworthiness.

Red Norman
5.0 out of 5 stars A masterpiece of biography--scholarly and readable
Reviewed in Canada on 10 April 2021
Verified Purchase
Read same author's bio on Max Steiner. The Herrmann one is more extensive. Both are outstanding and literate and insightful.
Read more
Report abuse

Robert Hayes
5.0 out of 5 stars Greatest film composer ever. Period.
Reviewed in the United States on 12 March 2017
Verified Purchase
For a long time I've had the pleasure of enjoying many of the films which Bernard Herrmann elevated with his signature musical style. The complete story of his life was no less interesting. He shared many characteristics of artists who I feel a similar affinity with, like Scriabin and Hitchcock, while remaining a unique personality. This biography, the only one I'm familiar with was well-written and thorough, allowing a multifaceted perspective on his life and work. It also provided some insights which I'm keen to use for my Music History paper this semester. For one, I feel like he best summed up music's role in sound film, as one aspect of a collaborative art. After the main body of the book, there is a complete transcript of remarks on film music that he made at a university film class. One is also provided with a complete filmography and recording discography for further watching and listening. If you in any way enjoy movies and/or music, this book is for you. Highly recommended.
Read more
7 people found this helpful
Report abuse

ilprofessore
5.0 out of 5 stars Vieil Homme Terrible
Reviewed in the United States on 2 October 2013
Verified Purchase
Bernard "Benny" Hermann--one of, if not *the* greatest composer ever to write music for films--was an enfant terrible. He lived on long enough to become un vieil homme, as well. This revealing book celebrates the genius of the man as a musician and collaborator, but pulls no punches when it comes to depicting his many misadventures and mishaps as a man. Hermann burned almost every bridge he crossed, offended the very people who might have helped him, and so insulted his orchestra players that whenever he made a conducting mistake, as he often did, they followed him to ultimate disaster, causing Benny to lose the many symphony engagements he so coveted. Tail between his legs, he went to London to live and work. The next generation of filmmakers rediscovered him, and, in old age, he ended working for "the kids," as he labeled them. Even then he could not restrain his serpent tongue. When Spielberg heard he had returned to Hollywood, the then young director came to his scoring stage, and literally knelt before him--there were no chairs--to pay him homage. Benny said, "If you think I'm so great how come you keep using Johnny Williams?" An impossible man, but also a very great musician whose scores are now almost all available to us on CDs, proving once again and for all that a very infantile man can also be a supremely mature artist
Read more
8 people found this helpful
Report abuse
See all reviews
Back to top
Get to Know Us
Make Money with Us
Let Us Help You
And don't forget:
© 1996-2021, Amazon.com, Inc. or its affiliates