Homemade Pasta Made Simple and over 1.5 million other books are available for Amazon Kindle . Learn more
Share <Embed>

Flip to back Flip to front
Listen Playing... Paused   You're listening to a sample of the Audible audio edition.
Learn more
See all 5 images 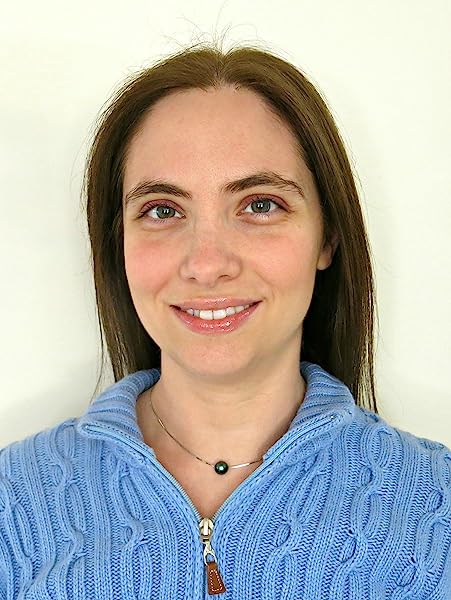 Page 1 of 1 Start overPage 1 of 1
Previous page
Next page
Start reading Homemade Pasta Made Simple on your Kindle in under a minute.

"If you've ever had the desire to learn to make pasta from scratch, now is your chance. This cookbook is destined to become the only book on homemade pasta that you need, and it is sure to have you rolling pasta with the confidence and skill of an Italian grandmother in no time!"-Sarah Ozimek, founder of CuriousCuisiniere.com

"Manuela's cookbook is a great beginner guide with clear step-by-step instructions for hand-made pastas, along with simple sauce recipes to mix and match. This is a beautiful addition to any kitchen bookshelf!"-Elena Tomasi, founder of As Easy As Apple Pie

"Manuela's book makes it so easy to make pasta at home."-Jennifer Rodda, founder of Milk and Honey

MANUELA ZANGARA was born and brought up in Milan, Italy by Sicilian parents. Her passion for cooking runs in her family, and many of her recipes were passed down from generation to generation. Manuela is the creator of the food blog Manu's Menu. She currently lives in Sydney, Australia with her husband and their two daughters. Learn more at ManusMenu.com.

Busiati (also known as busiate) are a traditional hand-shaped pasta from the Sicilian town of Trapani. Like other shapes commonly found in Southern Italy, such as Fusilli Avellinisi (page 68), this one is made using a knitting needle. Busiati are usually longer than fusilli. I learned how to make busiati in the Sicilian town of San Vito Lo Capo, where a local old lady taught me the art of rolling busiati by hand. The name of this pasta comes from the word buso, which is the name of a wooden stick from a plant that grows in abundance locally. The buso is what was traditionally used to shape busiati instead of the knitting needle.

To make the pasta

2. Break the dough into about 2-inch balls and roll them into ½-inch-thick ropes using your fingertips.

3. Cut these ropes into 5-inch-long pieces.

5. Roll the knitting needle away from you at an angle with your hands, until the dough gets fully wrapped around the needle.

6. Gently roll it back and forth with your hand to make the pasta longer and thinner.

7. Carefully slide the pasta off of the knitting needle with your hand, while preserving the shape.

8. Put the shaped pasta on the prepared baking sheets.

9. Repeat the above steps until you have no dough left.

To cook the pasta

1. Set a large pot of salted water on the stove to boil (see page 40). Cook the pasta in the boiling water for 6 to 8 minutes, or until al dente. To test this, remove a piece of pasta from the pot and take a bite. It should be cooked but still slightly firm in the center.

2. When the pasta is ready, drain it through a colander and shake out the excess water.

3. Serve immediately with the sauce of your choice.

Busiati are traditionally served with Pesto alla Trapanese (page 185) or with a simple Tomato and Basil Sauce (page 182). Both sauces are a staple in the area of Trapani, where busiati were created. Treat your taste buds to a complete Sicilian experience by serving busiati with slices of fried eggplant and grated Pecorino Romano on the top.

When shaping busiati, make sure to lightly dust the ropes of dough with durum wheat flour before rolling them. If the dough sticks to the knitting needle, you will not be able to slide out the busiato without ruining its shape.

4.7 out of 5 stars
4.7 out of 5
502 global ratings
How are ratings calculated?
To calculate the overall star rating and percentage breakdown by star, we don’t use a simple average. Instead, our system considers things like how recent a review is and if the reviewer bought the item on Amazon. It also analyses reviews to verify trustworthiness.

sy roberts
5.0 out of 5 stars Pasta made easy
Reviewed in the United Kingdom on 4 December 2020
Verified Purchase
Such an easy reading book as I’m a total beginner I found this book perfect for what I needed to make my own pasta and gave me ideas beyond my thinking , everything explained in simple form totally recommend this book for all
Read more
Report abuse

EMJ
2.0 out of 5 stars See title.
Reviewed in the United Kingdom on 4 September 2018
Verified Purchase
We’re not sure that we will ever make pasta ourselves but interested in how it’s done.
Read more
Report abuse

Mr D M Stone
3.0 out of 5 stars Not metric measurements
Reviewed in the United Kingdom on 27 December 2020
Verified Purchase
Looks like a good book. Descriptions and drawings are descriptive.

However, all of the measurements are ounces/inches. Not much use to the people who are no longer imperial.

Smiler
5.0 out of 5 stars Pasta cookbook
Reviewed in the United Kingdom on 3 May 2020
Verified Purchase
Great book plenty to do
Read more
Report abuse

Amazon Customer
4.0 out of 5 stars A good book for beginner or experienced pasta maker.
Reviewed in Canada on 6 October 2017
Verified Purchase
As someone who has some experience in making pasta, I purchased this book to learn more from another who appears to have vast experience in this area. I found the general background information quite helpful. Well organized and easy to combine with practice. I found those suggestions and recipes that were familiar to me to be quite accurate and expect that the information that went beyond my experiences was equally well based in practice and experience of the author. The book is easy to read and deserves a five except for a little difficulty when it comes to translating recipes from mortar and pestle to food processor. Some elements seem to be missing although I believe they can be figured out. A four and one=half would be more appropriate but I an limited by the star system.
Read more
One person found this helpful
Report abuse
See all reviews
Get FREE delivery with Amazon Prime
Prime members enjoy FREE Delivery and exclusive access to movies, TV shows, music, Kindle e-books, Twitch Prime, and more.
> Get Started
Back to top
Get to Know Us
Make Money with Us
Let Us Help You
And don't forget:
© 1996-2020, Amazon.com, Inc. or its affiliates