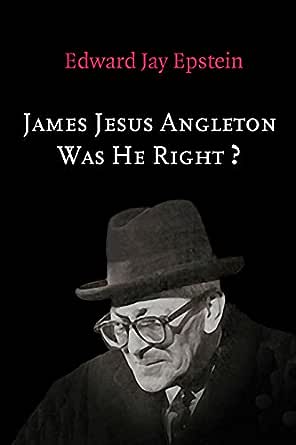 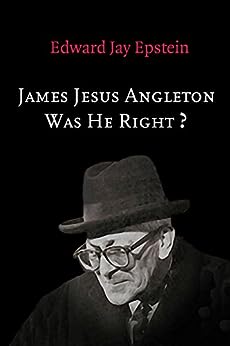 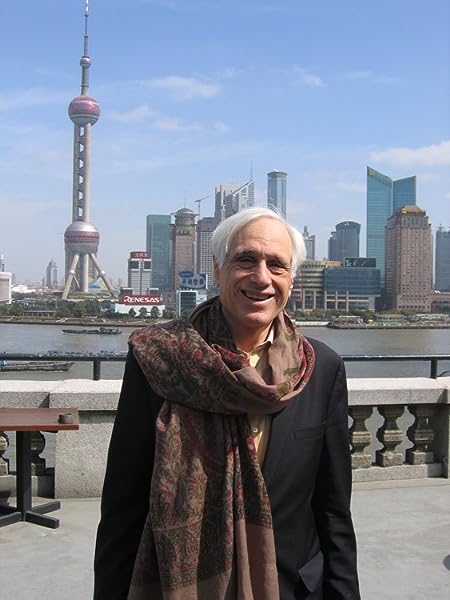 Edward Jay Epstein is the author of fifteen books. He studied government at Cornell and Harvard and received a Ph.D from Harvard in 1973. His thesis on the search for political truth became a best-selling book, Inquest: The Warren Commission and the Establishment of Truth. His doctoral dissertation on television news was published as News From Nowhere. He is the recipient of numerous foundation grants and awards, including the prestigious Financial Times/Booz Allen & Hamilton Global Business Book Award for both best biography and best business book for Dossier: The Secret History of Armand Hammer. He has written for Vanity Fair, The New Yorker, The Atlantic, The New York Times Magazine, and the Wall Street Journal. He lives in New York City. --This text refers to the paperback edition.

3.7 out of 5 stars
3.7 out of 5
56 global ratings
How are ratings calculated?
To calculate the overall star rating and percentage breakdown by star, we don’t use a simple average. Instead, our system considers things like how recent a review is and if the reviewer bought the item on Amazon. It also analyses reviews to verify trustworthiness.

John V Silcock
2.0 out of 5 stars A Load of Rubbish
Reviewed in the United Kingdom on 25 January 2016
Verified Purchase
This is probably the most badly-written book I've read. It is disjointed, repetitive, rambling and at least one-third of it consists of cobbled-together newspaper articles. Clearly there was no attempt to edit this work: it is self-contradicting in several respects. All told, it is nearly incoherent and verges on the illiterate. Don't waste your money on it.
Read more
2 people found this helpful
Report abuse

George P. Wood
4.0 out of 5 stars A Gripping Story Expertly Told
Reviewed in the United States on 7 March 2014
Verified Purchase
When I was younger and unmarried, I eagerly anticipated the release of new Tom Clancy novels. I would buy them after work and beginning reading them at dinner, often skipping sleep (and work the next day) to finish them quickly. What drew me to Clancy’s work was the multilayered complexity of his portrait of the espionage business.

Clancy’s fiction had nothing on James Jesus Angleton’s reality. Angleton was chief of the CIA’s Counterintelligence Staff from 1954 to 1975, in many ways the height of the Cold War. His job was to discern KGB disinformation and to ferret out Soviet moles within the CIA. By the end of his career, he was reviled by many and revered by some. Many felt that his anxieties about the bona fides of the CIA’s Soviet sources were paranoid and delusional. Others felt that the arrogance of CIA staff and their unwillingness to admit the possibility of Soviet penetration made them vulnerable to deception.

The most crucial question, obviously, was whether Angleton was right. At the time of his resignation in 1975, the answer was not obvious. But the convictions of CIA counterintelligence officer and analyst Aldrich Ames in 1994 and of FBI counterintelligence agent Robert Hanssen in 2001 demonstrated that Angleton’s greatest fear (the feedback loop of disinformation from the outside and a mole on the inside) was possible, even if neither Ames nor Hanssen were operative during the Ames years.

Edward Jay Epstein tells Angleton’s story in this little book, laying out in simple form the cause and reasonability of Angleton’s alarm. Evidently, this little book is identical to the opening chapters of the author’s book, Deception: The Invisible War Between the KGB and CIA, so if you want to read the longer book, don’t buy this one. Nonetheless, a gripping story expertly told.
Read more
13 people found this helpful
Report abuse

Roger J. Buffington
5.0 out of 5 stars A persuasive and powerful look at one of America's great intelligence officers
Reviewed in the United States on 25 November 2011
Verified Purchase
James Jesus Angleton was a legend in his own time, and his legend lives on. He started his intelligence career with the storied Office of Strategic Services and later became the CIA's Chief of Counter-Intelligence. In this latter role Angleton passionately believed that his mission was to protect the CIA and other intelligence agencies against the danger of foreign (KGB/Soviet) penetration. He believed that the KGB was working relentlessly to infiltrate the CIA in order to: a) prevent the CIA from gathering meaningful intelligence against the Soviet Union; and b) affect the CIA's perception of the Soviets in a manner that would cause the CIA to misdirect the US president and government. It is notorious that Angleton was himself taken in by British traitor Kim Philby, with whom Angleton shared secrets while Philby was spying for Russia. After this debacle (and perhaps even before) Angleton believed that there were Soviet penetration agents embedded in the CIA ("moles") and he worked to root them out. In doing so, Angleton wrecked careers and made enemies. Too many enemies, as it turned out. Eventually others within CIA turned against Angleton and believed that his "paranoia" was itself nullifying the effectiveness of the agency. Ultimately he was forced out.

This book takes a candid look at the above controversy and comes down solidly on the side of Angleton. Alrich Ames (of the CIA) and Robert Hanssen (of the FBI) were two moles that betrayed America's secrets for decades and allowed the KGB to do precisely what Angleton was worried about: negate the ability of the CIA to spy on Russia, and feed America disinformation. Ames was apparently able to pass the vaunted CIA lie detector "flutter" tests, and the FBI apparently did not "flutter" Hanssen at all. There is a fascinating sub-story within this work dealing with the famous Nosenko controversy. Was this Soviet defector a bona fide defector, or, as Angleton believed, was he a false defector, working for Russia? This book goes far to convince the reader that Nosenko was, in fact, a disinformation agent, contrary to what the CIA claims to this day.

This is a short, snappy, and very readable work. Highly recommended for anyone interested in the history of the CIA-KGB conflict. RJB.
Read more
20 people found this helpful
Report abuse

adsmlt39
4.0 out of 5 stars Good book, but what's going on with the sentence structure?
Reviewed in the United States on 6 December 2017
Verified Purchase
I gave this book a high ranking for its content. It was published as a "short form" book and after finding 11 inexplicable sentences I began to think it was one of those new OCR reprints where sentences are mixed together as if the writer had changed his mind about a word or phrase, put his new idea in, but did not remove what was supposed to be replaced. I could reconstruct most these errors but it is still disconcerting. More and more publishers have fired human proof readers so whatever spell check doesn't catch, and that's a lot, just gets left in. Despite this weakness, Epstein is a good writer and the book is worth reading. Angleton had his ups and downs but on the whole his achievements were valuable.
Read more
Report abuse

Peter Buxton
5.0 out of 5 stars The Special Epistemology Theory of James Jesus Angleton
Reviewed in the United States on 28 February 2012
Verified Purchase
Someone wrote that most intelligence officers are fans of spy and mystery novels, whereas Angleton was not only a fan of the fractured narratives and consciousness of modernist poetry, he actually edited a magazine dedicated to it.

American directness is a great asset, but any nation so dedicated to the forthright and clearly illuminated obviously needs a strong "subconscious" equally dedicated to the mirrored, Byzantine labyrinth... because, simply, not everyone is like that. Angleton was our Ariadne, and his final days at the CIA live down to Ariadne's fate in many of the Thesean myths.

The double loop theory of moles is quite fascinating. Angleton correctly saw that the intelligence loop for a mole is a double loop, both acting in two directions:

1. The foreign agency (KGB, here) provides disinformation to the domestic agency (CIA and FBI) through the mole. The mole, in turn provides information on how well the disinformation campaign is working (feedback).

2. The FA again provides chicken feed (Le Carre's term for low value intel) to the DA through or for the mole, to enhance his or her stature and immunity in the DA. The mole again provides feedback.

Not until Angleton's death would this theory be proven by events, but certainly, CIA had long been penetrated and Angleton left without the resources to prove it. (Or is that what they want us to think?)
Read more
7 people found this helpful
Report abuse
See all reviews
Get FREE delivery with Amazon Prime
Prime members enjoy FREE Delivery and exclusive access to movies, TV shows, music, Kindle e-books, Twitch Prime, and more.
> Get Started
Back to top
Get to Know Us
Make Money with Us
Let Us Help You
And don't forget:
© 1996-2020, Amazon.com, Inc. or its affiliates