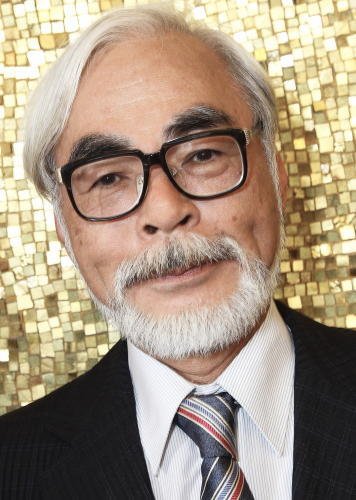 by Hayao Miyazaki (Author)
4.9 out of 5 stars 176 ratings
See all formats and editions
Sorry, there was a problem loading this page. Try again.

Kiki, a young witch-in-training, has reached the age of 13. According to tradition, all witches of that age must leave home for one year, so that they can learn how to live on their own. Kiki, along with her talking cat Jiji, fly away to live in the seaside town of Korico. After starting her own delivery service (using her broom as the delivery vehicle), Kiki must learn how to deal with her new life, especially after she loses the power to fly.

Hayao Miyazaki is one of Japan’s most beloved animation directors. In 2005 he was awarded the Venice International Film Festival’s Golden Lion Award for Lifetime Achievement, and his Studio Ghibli received the festival’s Osella Award for overall achievement in 2004. Miyazaki’s films include Spirited Away, winner of the 2002 Academy Award® for Best Animated Feature Film, as well as Castle in the Sky, My Neighbor Totoro, Kiki's Delivery Service, Princess Mononoke, Howl's Moving Castle, and Ponyo, all of which have received great acclaim in the U.S. Miyazaki’s other achievements include the highly regarded manga series Nausicaä of the Valley of the Wind and Starting Point: 1979-1996, a collection of essays, interviews, and memoirs that chronicle his early career and the development of his theories of animation. Both are published in English by VIZ Media.
Tell the Publisher!
I’d like to read this book on Kindle

Hayao Miyazaki is the prominent director of many popular animated feature films. He is also the co-founder of Studio Ghibli, the award-winning Japanese animation studio and production company behind worldwide hits such as PRINCESS MONONOKE, HOWL'S MOVING CASTLE and SPIRITED AWAY.

4.9 out of 5 stars
4.9 out of 5
176 global ratings
How are ratings calculated?
To calculate the overall star rating and percentage breakdown by star, we don’t use a simple average. Instead, our system considers things like how recent a review is and if the reviewer bought the item on Amazon. It also analyses reviews to verify trustworthiness.

BouncyTigger
5.0 out of 5 stars Wonderful book
Reviewed in the United Kingdom on 5 April 2019
Verified Purchase
My 2 year old daughter loves us reading these books to her, she's learned the story surprisingly quickly. Beautiful pictures from the film alongside simple text. It's divided into bite sized chapters perfect for bedtimes. Only criticism is Amazon need to protect books better when packaging them. I didn't send it back as my daughter is not fussy.
Read more
3 people found this helpful
Report abuse

JC101
5.0 out of 5 stars A beautiful addition / alternative to the film
Reviewed in the United Kingdom on 14 February 2020
Verified Purchase
The film's great but the book means you can dip in and out the story and enjoy the pictures anytime. My daughters love it.
Read more
Report abuse

Pia M
5.0 out of 5 stars Good
Reviewed in the United Kingdom on 23 January 2019
Verified Purchase
A very good picture book. I like the layout and the quality of the book.
Read more
Report abuse

M Oakes
5.0 out of 5 stars Book of the film
Reviewed in the United Kingdom on 8 July 2019
Verified Purchase
Book of the film, good pictures
Read more
Report abuse

Amazon Customer
5.0 out of 5 stars Great book
Reviewed in the United Kingdom on 25 July 2020
Verified Purchase
6 year old Daughter Loves Totoro and kiki’s delivery service films, so though I’d try the books too. She was so happy with them.
Read more
Report abuse
See all reviews
Back to top
Get to Know Us
Make Money with Us
Let Us Help You
And don't forget:
© 1996-2022, Amazon.com, Inc. or its affiliates