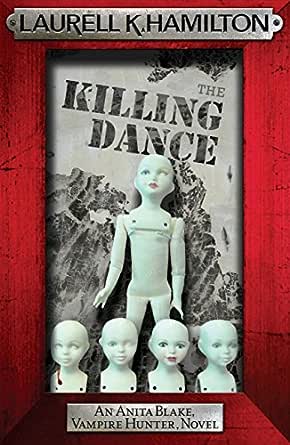 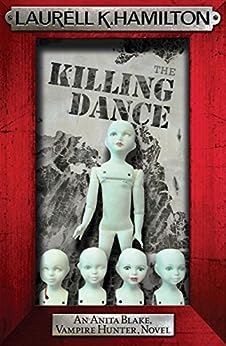 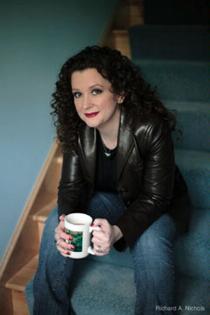 Laurell K. Hamilton is the bestselling author of the acclaimed Anita Blake, Vampire Hunter, novels. She lives near St Louis with her husband, her daughter, two dogs and an ever-fluctuating number of fish. --This text refers to the paperback edition.

Even vampires get ill. In the sixth outing of Laurell K. Hamilton's Anita Blake, The Killing Dance, Anita's occasional boyfriend Jean-Claude, vampire Master of St. Louis, is asked to help another Master who is rotting where he stands. Anita's necromantic powers may be enough to help Sabin, in conjunction with those of Jean-Claude and of Richard, the werewolf whom she is thinking of marrying. Anita, though, has problems of her own--there is a contract out on her life and the politics of the city's were-beings are even more complicated than those of its vampires. Richard has refused to take leadership of the city's werewolf pack, because he refuses to kill its current Alpha; just by existing and having defeated them in combat, he is a threat to the authority of Max and Raina, the wolve s' current rulers. And it makes things worse that he is trusted by the wererats, say, and the various independent were-creatures. Laurell K Hamilton's background in animal ethnology adds a lot to the mix in this book; Anita has to do some long hard thinking about what it means to be in love with a man who changes to wolf. (Roz Kaveney, AMAZON.CO.UK)

I was enthralled by a departure from the usual type of vampire tale... (Andre Norton) --This text refers to an out of print or unavailable edition of this title.

Laurell K Hamilton lives near St Louis with her husband, her daughter, two attack pugs, three birds, and a partridge in a pear tree. --This text refers to an out of print or unavailable edition of this title.

These days my life is a cross between preternatural soap opera and an action-adventure movie.' The sixth book in the New York Times bestselling Anita Blake, Vampire Hunter series: sharp, sassy, sexy and bloody good fun. --This text refers to an out of print or unavailable edition of this title.

The first hit man came after me at home, which should be against the rules. Then there was a second, and a third. Eventually, I found out that the word on the street was that Anita Blake, preternatural expert and vampire killer extraordinaire, was worth half a million dollars. Dead, not alive. So what's a girl to do but turn to the men in her life for help? Which in my case, means an alpha werewolf and a master vampire. With professional killers on your trail, it's not a bad idea to have as much protection as possible, human or otherwise.

But I'm beginning to wonder if two monsters are better than one... --This text refers to an alternate kindle_edition edition.

4.7 out of 5 stars
4.7 out of 5
567 global ratings
How are ratings calculated?
To calculate the overall star rating and percentage breakdown by star, we don’t use a simple average. Instead, our system considers things like how recent a review is and if the reviewer bought the item on Amazon. It also analyses reviews to verify trustworthiness.

There are 0 reviews and 6 ratings from Australia

Alt_kt
5.0 out of 5 stars The Killing Dance
Reviewed in the United Kingdom on 27 November 2017
Verified Purchase
Loved this book just as much as the others! I'm really enjoying seeing a fresh take on the werewolf idea. I think it's genius to make them less human and a little more animal, especially in the way they interact with each other. Another reason why Hamilton's werewolves are such a great idea is that their lycanthropy can't be ignored unlike in most other books, where the beast appears only on full moon... these werewolves have urges, behaviours and traditions that mean they are inhuman 24/7, causing massive conflict between Anita and Richard.
I have to say that i really like the open relationship idea between Richard, Jean-Claude and Anita as it's yet again another original idea. It means that we get to see the two very different and conflicting parts of Anita in the form of her relationships side by side. Also, it doesn't matter if you're team Richard or team Jean-Claude... everyone wins!

Kindle Customer
5.0 out of 5 stars Another Success for Laurell K. Hamilton.
Reviewed in the United Kingdom on 12 January 2018
Verified Purchase
I just love the "Anita Blake" books. This series helped " The Vampire" bring his teeth out of the closet! There's a fabulous kick-ass heroine, courage, humour, sexy situations and a massive amount of violence. it's an Anita Blake book.. What is not to like!? In an " out of ten" scale Ms Hamilton gets a 10 from me. Don't believe me? Go and try the first book in the series - "Guilty Pleasures" and I bet that there will be another fan of this authors work!
Read more
Report abuse

Tali
5.0 out of 5 stars Powerful, addictive and terrifying
Reviewed in the United Kingdom on 11 February 2012
Verified Purchase
I wrote a review of the first book and what I'd experienced of the series prior to this book and was most impressed. Having read this book and started the next I am even more so. This has been the most powerful story in the series so far, not only because of Anita's growing abilities, but because of the high passions between the three main characters, Anita, Jean Claude and Richard.

I have honestly never found myself tearful for anything less than the death of a main character in a book before. Yet i found myself teary-eyed towards the end of the book for the pain the characters suffered. It is not a happy book, but it is a great book. I had some hints in the previous books that the author was skilled enough and the characters strong enough to bring out high emotion in the reader, and this book simply proved that.

I am terribly impressed by the series so far and by its intricacies, strong characters and its realism (truly, though the story revolves around vampires, shape shifters and the Undead there is much realism in the characters, their reactions and their failings).

An amazing book in an amazing series. Possibly the best series I've read in a long while, and I still find that hard to process given that I have read a lot of good series' of late. I've already bought the next three books of the series for my kindle. There is no doubt in my mind that they will be excellent even if they are not at the same level as this book, because so far this author has yet to disappoint me!

Sharon
5.0 out of 5 stars A favourite from the series.....
Reviewed in the United Kingdom on 5 November 2010
Verified Purchase
This unabridged audio is book six in the series & a real turning point, you get the idea exactly where new & future novels lay. Love her or hate her in this Kimberley Alexis aka LK hamilton reads it just right & as usual does it with passion, action & verve. Edward offers to help Anita when a contract is put out on her life, within a specific time frame. Anita is in turmoil over Richard both romantically & politically, with his inability to kill becoming a problem with the pack. Meanwhile Jean Claude quiet machinisatons over the years appear to bear fruit at last & Sabin another master Vampire needs Anita's help with some devastating consequences.

Great audio version Burnt Offerings is book 7 in the series... really enjoying listening to the series on audio after reading the books..
Read more
Report abuse

TSegurado
5.0 out of 5 stars Anita gets deeper and deeper on the preternatural life!
Reviewed in the United Kingdom on 9 March 2011
Verified Purchase
Anita is getting herself so tied up with the preternatural side of her life that she finds it really difficult to take decisions regarding her love life. What before were considered by her as 'monsters' now represent a whole new significance. She's in love with a vampire and werewolf! But if that wasn't enough she's been hunted by an assassin with a prize n her head. She discovers her powers can go the next level but not without Richard and Jean Cloudes' help. Politics, jealousy and a lot of sexual tension gets in the middle of her life requiring a lot of rethinking and hard choices. Anita and her friends are great fun, the mix of bloody and love scenes have you tied up so much that it is really hard to put the book down!
Read more
Report abuse
See all reviews
Get FREE delivery with Amazon Prime
Prime members enjoy FREE Delivery and exclusive access to movies, TV shows, music, Kindle e-books, Twitch Prime, and more.
> Get Started
Back to top
Get to Know Us
Make Money with Us
Let Us Help You
And don't forget:
© 1996-2021, Amazon.com, Inc. or its affiliates