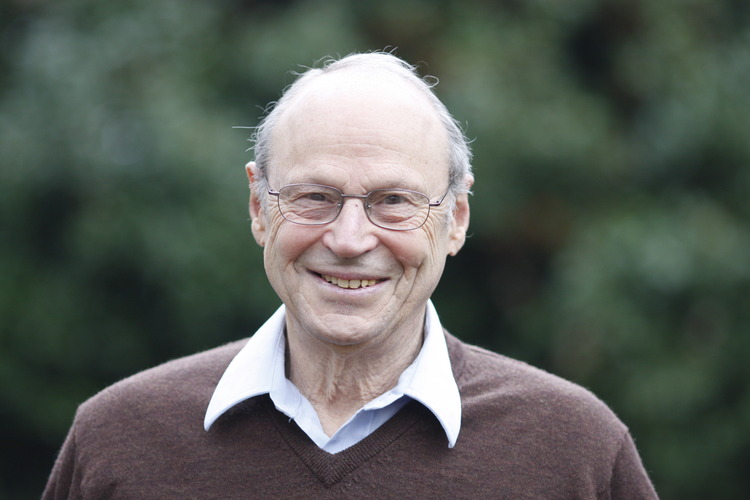 by E. D. Hirsch Jr. (Author)
4.4 out of 5 stars 36 ratings
See all formats and editions
Sorry, there was a problem loading this page. Try again.

4.4 out of 5 stars
4.4 out of 5
36 global ratings
How are ratings calculated?
To calculate the overall star rating and percentage breakdown by star, we don’t use a simple average. Instead, our system considers things like how recent a review is and if the reviewer bought the item on Amazon. It also analyses reviews to verify trustworthiness.

JS
4.0 out of 5 stars "Warned by the education faculty"
Reviewed in the United States on 16 January 2017
Verified Purchase
Educators have the most important job in the world. I believe this. That position carries heavy responsibility, not least of which is to continually question the methodology we are prescribed. Because the time and resources we are given to are limited and precious, both to ourselves and or learners, educators must develop critical confidence in the impact of our methods, based on strong evidence, or else discard them.

"...one of my students mentioned to me privately that I should be proud of the courage shown by my students; they were all in my class despite having been explicitly warned by members of the education faculty..." (p49)

If you're a teacher or education administrator, that's how you should approach this book: With bravery. They're just ideas, right? We aren't afraid of facts and science, are we?

I'm grateful that, today more than ever before, research on how each of us is driven more by emotion than logic is socialized and circulated, so that we are at least aware that we are wired toward irrationality. That we can't trust ourselves to always make rational decisions should explain enough why, despite evidence to the contrary, too many educators still want to do what *feels* best, what connects with the worldview dominant within their culture, rather than what the available evidence shows.

If you can get comfortable with the idea that our education culture's dominant worldview may just be wrong, then I think you'll find Hirsch's book on the need for a coherent curriculum that emphasizes the acquisition of common knowledge and understanding to be compelling and enlightening.

Take it as a sign of the times, pehaps, but the one point I fault Hirsch's new book with is that he fails to make clear and concrete what a set curriculum education *actually looks like* early enough in the book.
Read more
2 people found this helpful
Report abuse

Kevin Currie-Knight
4.0 out of 5 stars The Founder of Core Knowledge Curriculum At It Again
Reviewed in the United States on 15 June 2011
Verified Purchase
In E.D. Hirsch's "Making of Americans," the main thesis is that education's purpose is the making of good, productive, members of society. To do this, they must be taught a common core set of facts, so that all Americans will be educated in, if you will, a "common language." Everyone can do roughly the same math, everyone can understand certain basic literary concepts and references, everyone understands the basics of physics and physiology, etc. Anything else, says Hirsch, leads to a populace where some (generally rich and white) will know more, and do better, than others (generally poor and minority). The irony, then, is that Hirsch uses the language of civil rights to argue for a somewhat traditional education.

Early in the book, Hirsch attempts to show that his vision is quite in line with the view of America's founders on education. He cites folks like Jefferson, Benjamin Rush, Abe Lincoln, and the like to suggest that these founders advocated a public tax-funded education system because it was the best way to ensure that we had a commonly educated populace, which is something that a democracy needs. As one whose studied the history of early American education, I can say that while Hirsch is somewhat correct in what these founders believed, he is quite wrong in certain regards. First, he cherry picks examples: citing Jefferson, Lincoln, and Rush as if they were the only founders makes it seem that theirs was the consensus view. It was not. Jefferson's plan got shot down every time it passed through Virginia's congress, as Rush's did in Pennsylvania. Lincoln, while he made some passing remarks on education, never was active in getting any education systems erected in any states. Secondly, Hirsch gives the impression that these founders advocated something beyond the very minimal education plans they advocated. Jefferson's plan was for three years of education (which was not compulsory, and continuation beyond three years was contingent either on being deemed bright enough, or being able to pay).

The next section of the book discusses the idea of everyone being educated in standard English - a really controversial position, to put it mildly. Similar to Lisa Delpit in  Other People's Children: Cultural Conflict in the Classroom , Hirsch argues that teaching people in different dialects is actually anathema to the idea of justice, in that it ill-equips blacks and Latinos (etc) to compete in a world where standard English is, at least for now, the norm. As far as concerns of multi-culturalists who worry that teaching standard English and the "culture of power" is an attempt to homogenize, Hirsch argues that no one is suggesting that we disallow people form practicing their cultural norms, but just not at school, where they are better served by learning those things that will help them compete in the world we live in (the culture of power). This will be more or less persuasive depending largely on what you think schooling is for.

A third portion of the book discusses Hirsch's belief that we do a disservice to students by watering down fact-based instruction in favor of instruction in general things like critical thinking, reading skills, and the like. To Hirsch, the ability to think critically or read a text crucially depends on facts and, therefore, the skills can't effectively be taught without a strong smattering of fact. Take reading: we can teach all the techniques for how to read paragraphs that we want, but if we are reading a paragraph about trees, the best reading strategy is to come into the reading knowing all the relevant terminology (and at least some facts) about trees. And critical thinking: does it make any sense at all to say that we can teach how to critically think about history without knowing a lot of facts about history? (How can one dispute a claim, for instance, if one has no facts to tip one off that the claim may be wrong?)

All in all, I agree with some parts of this book (factual knowledge may well be more important than much educational rhetoric says) and disagree with others (Hirsch's support of an effectively national curriculum scares me to death!). But whatever you think about this book, you WILL THINK about this book. Hirsch is provocative, especially to those who've been schooled in contemporary education schools, where standardized tests (and anything else for that matter) are simply deplored, and focus on social justice is assumed to mean teach everyone to their culture (black, Latino, Asian, White). Certainly a worthy challenge to those ideas.
Read more
3 people found this helpful
Report abuse

just the facts
4.0 out of 5 stars book for concerned educators and citizens about American school
Reviewed in the United States on 6 December 2014
Verified Purchase
Hirsch discusses how American schools have declined. I believe this book will calm anyone who fears that a common core curriculum is the demise of education. As a teacher with twenty years of experience, who has tried to explain to non-educators the need for explicit instruction and a nationally normed curriculum is a good thing, I would love to give every non- educator and even educators who feel we are going in the wrong direction a copy of this book. However, I feel that most dissenters of the Common Core Curriculum would not take the time to read it.
Read more
Report abuse

Robert V. Rose, retired education researcher
5.0 out of 5 stars Wonderful book by a flawed genius.
Reviewed in the United States on 8 November 2014
Verified Purchase
This is an excellent book. I have long been a fan of Dr Hirsch's books and his Core Knowledge Foundation school curriculum.

Unfortunately, the CK method does not include requirements for the students in the early grades to learn to write the alphabet with measurable fluency, which is necessary for universal literacy and school success.

Hirsch is a genius and his ideas will live forever, but no one is perfect; we'll just have to wait.
Read more
Report abuse

Martha Rowen
4.0 out of 5 stars Fabulous Book, Awful Format by Publisher in Kindle!
Reviewed in the United States on 4 January 2010
Verified Purchase
This is a very important book on a vitally important subject. As usual for this author, the book has complex ideas and rich content readable and accessible to a general reader. I have read other books by E.D. Hirsch and recommend them all but found this one especially significant.

As a high school and college teacher, I regularly see the terrible effects that our current educational ideas have had on the most vulnerable and powerless students. This book gives sound ideas on how to reverse this trend.

My complaint is with the formatting by the publisher for the Kindle edition. As I have found so often with Kindle books, the footnote function does not work and, as usual, graphs and charts are often unreadable. I finally called Kindle to complain and they told me that publishers often choose not to activate the links to the footnotes. Shame on Yale University Press and all the other publishers who do this! I have definitely given up buying Kindle editions of books with footnotes. If the publishers think that means I'll be buying print editions, they are mistaken: I'll take them out of a library. These are exactly the kind of books that are perfect for a Kindle if they would just make them work. I would love to be able to carry around a library of this type of bulky book and go easily from one to the other for reference, to check footnotes quickly (and perhaps immediately download a Kindle edition of a book in the footnote) and to be able to go quickly to charts and graphs and be able to actually read them!
Read more
8 people found this helpful
Report abuse
See all reviews
Back to top
Get to Know Us
Make Money with Us
Let Us Help You
And don't forget:
© 1996-2022, Amazon.com, Inc. or its affiliates