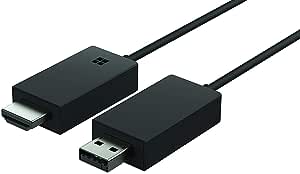 Collapse all
Other Technical Details

Amazon.com.au Return Policy:You may return for a full refund for the price you paid within 30 days of delivery any new computer purchased from Amazon that is "dead on arrival", arrives in damaged condition or is still in unopened boxes. Amazon may test or inspect returns. If Amazon finds a customer has misrepresented the condition of a return, Amazon may impose a fee equal to up to 15 percent of the merchandise sales price. Any returned computer that is damaged through customer misuse, missing parts, or in unsellable condition due to customer tampering may result in the customer being charged a restocking fee based on the condition of the computer. This policy does not restrict or alter any non-excludable statutory consumer protections or rights you may have, including under the Australian Consumer Law. To view full returns terms including return instructions, merchandise-specific requirements and exclusions see our ${hash-get returnsPolicyAnchor}Returns Policy Page. New, used, and refurbished products purchased from Marketplace vendors are subject to the returns policy of the individual vendor.

4.2 out of 5 stars
4.2 out of 5
1,835 global ratings
How are ratings calculated?
To calculate the overall star rating and percentage breakdown by star, we don’t use a simple average. Instead, our system considers things like how recent a review is and if the reviewer bought the item on Amazon. It also analyses reviews to verify trustworthiness.

Redleh
4.0 out of 5 stars A nice gadget that does one job quite well
Reviewed in the United Kingdom on 3 January 2017
Verified Purchase
NOTE: This is an updated review after testing the device in more detail.

I have a Chromecast, an Amazon TV Fire Stick and this. For the ones who are wondering (I had the same questions before I bought them), although there are similarities, all these products have significant differences due to their underlying technology standards. You will hear of terms such as Miracast, WiDi, etc., and it may be useful to check if the devices you want to use it with (laptop, tablets, smartphones) are compatible. For example, relatively old versions of Android phones and Windows laptops that do not possess the correct hardware/software may not work but usually would have to be more than 3-5 years old. Also, entry levels smartphones such as the Samsung Galaxy J5 (2016) won't work with it so it is advisable to check online if it works.

What this device does (and quite well), is to transmit the image and sound from supported devices to a monitor/TV. It is basically a "wireless HDMI cable". It works by default in Windows 10, if using earlier versions you may need some Intel software. Both the USB port on my monitor and TV were enough to power it. Even thought the USB port on my relatively old LG TV was a "service" port, it still worked. If you don't have a USB port nearby you can use your phone USB charger if it has a USB A port.

Setup wasn't that complicated. Strongly suggest using a Windows 10 laptop for the initial setup and downloading the Wireless Display Adapter app from the store. After connecting to the device, check for firmware upgrades and upgrade the firmware.

To connect to it using Windows 10, use the Connect icon on the Action Centre in the taskbar.

Funny and true story...when I first tested it (very briefly) I was able to get image and sound from my "fantastic" Dell Monitor using my laptop. A few days later I tried to mirror my Galaxy S4 screen to the same monitor but no sound. Then I went on to do something else and later discovered the sound on the monitor was super low (not mute), so I tought I need to try phone again. A few weeks later, tried phone again, same issue. Then a light switched on my brain, checked and the sound on the monitor was super low again. So I asked my girlfriend if she turns the volume down when she uses my monitor to study. I think you already know the answer!

So if sound is not working, check for things like volume on both devices, update firmware, check with your partner :)

So why the 4 stars instead of 5:
On the good side, the device in my opinion is very good and high quality, the mirroring from my S4 was fantastic and lag free, slightly better than the Chromecast!
It does not have a dedicated USB power adapter which means easier to transport and seems to require minimum power because it worked well in my "old" TV USB service port.
Great as a quick cable free solution from my laptop which I use a lot for work as an extended screen.
As the image is transmitted directly, no need to connect to Wi-Fi network like the Chromecast, it feels faster and works much better with laptops.

On the not so good side, I don't think the original price is worth the money, but when the price was halved it was a different story.
On 2 different laptops, I noticed a bit more lag than I expected (I read lot of people have different lag experiences) but the latest firmware seems to have improved it a bit.
I also noticed a bit of blur (no it's not the resolution, nor the monitor, same on TV). I have a Dell UltraSharp monitor! For example the text on the Windows menus seems to be missing a few bits. On closer inspection seems to be a refresh/frame rate issue. A bit of reading confirmed that it may be a limitation of the technology. There may be workarounds (or not) but I haven't explored this further.
If you use it mainly for work it's not an issue but if for gaming or movies you may be slightly disappointed.
In extended mode, sometimes when transitioning from monitor to laptop it's like the mouse cursor hits a wall, I have to move it to the other side and then try again.
As the USB cable is short (I haven't required it to be long yet), it would have been nice to have an USB extension included in the box, since it does not have a USB power supply and other similar device that are cheaper offer one.

Unlike the Chromecast, Roku's and Amazon Fire TV Stick this is not a media player/streaming device but I believe it has its usefulness.

Plotman
2.0 out of 5 stars Be Very Very Careful...
Reviewed in the United Kingdom on 29 March 2019
Verified Purchase
It worked out of the box at home on my Windows 10 laptop. However I bought it for my Windows 10 laptop given to me by my employer and for that it didn’t work. It turns out that my laptop uses Cisco AnyConnect VPN which is typically set up at the kernel level to disable the Miracast protocol that the Windows Display Adapter uses to connect your PC/laptop to a monitor. That is a semi-technical explanation and may sound like gobbledygook to most of us, including me before I did a day’s worth of reading. However, my summary is to be very, very careful before buying. If you use a work PC/laptop or you use VPN (I.e if you need to type in a SecureID code to access your systems) check that the display adapter supports your VPN software by scouring the Microsoft website first.
Read more
14 people found this helpful
Report abuse

Paul Taylor
5.0 out of 5 stars Transmits video over WiFi Direct (does not require an intermediate ...
Reviewed in the United Kingdom on 20 May 2017
Verified Purchase
Transmits video over WiFi Direct (does not require an intermediate router) to your TV or projector. I use mine to transmit a full quality (no apparent compression) screen image from my Samsung Galaxy tablet to my projector. You require both an HDMI port and a USB B (for power) type socket on your display device, and obviously WiFi on your computer/tablet. Both my devices use WUXGA (1920x1200) resolution so it works properly up to those resolutions at least.
Read more
15 people found this helpful
Report abuse
Translate review to English
See all reviews
Get FREE delivery with Amazon Prime
Prime members enjoy FREE Delivery and exclusive access to movies, TV shows, music, Kindle e-books, Twitch Prime, and more.
> Get Started
Back to top
Get to Know Us
Make Money with Us
Let Us Help You
And don't forget:
© 1996-2020, Amazon.com, Inc. or its affiliates