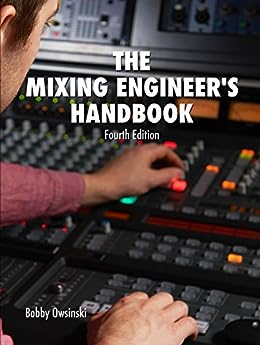 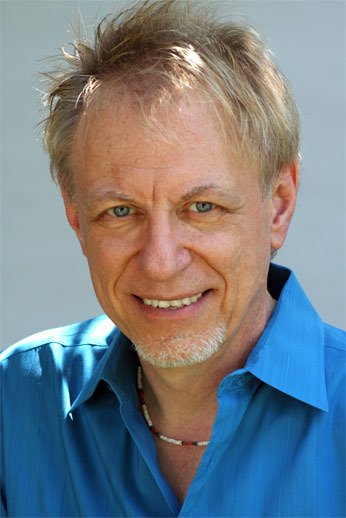 Music-industry veteran Bobby Owsinski is an in-demand producer/engineer working not only with a variety of recording artists, but also on commercials, television, and motion pictures. He is an expert on surround sound music mixing and has worked on surround projects and DVD productions for superstar acts including Jimi Hendrix, the Who, Willie Nelson, Neil Young, Iron Maiden, the Ramones, and Chicago, among many others. Bobby is also one of the best-selling authors in the music recording industry, with 23 books that are now staples in colleges around the world, including The Mixing Engineer's Handbook, The Recording Engineer's Handbook, How to Make Your Band Sound Great, and Music 4.0: A Survival Guide for Making Music in the Internet Age. Bobby maintains a busy speaking and teaching schedule at schools and industry events around the world. Find him on the web at bobbyowsinski.com, bobbyowsinskiblog.com, and music3point0.com. --This text refers to an out of print or unavailable edition of this title.

4.7 out of 5 stars
4.7 out of 5
461 global ratings
How are ratings calculated?
To calculate the overall star rating and percentage breakdown by star, we don’t use a simple average. Instead, our system considers things like how recent a review is and if the reviewer bought the item on Amazon. It also analyses reviews to verify trustworthiness.

George Maharage
3.0 out of 5 stars Missing contents page!
Reviewed in Australia on 15 August 2020
Verified Purchase
Disappointing to find no contents page in this book. How frustrating? Perhaps the first book I have come across without a contents page. Reader is expected to browse through the while book to locate a topic?
Read more
Helpful
Report abuse

MICHAEL SURRIDGE
3.0 out of 5 stars good info
Reviewed in the United Kingdom on 19 August 2019
Verified Purchase
The hard work put into this and other books by Bobby are significantly spoilt by really poor editing and lack of proof reading. The number of typo faults, double words and bad grammar sentences become an annoyance when you have to re read something and internally correct the grammar to make sense of whats being said. You need to sack your editors Bobby as most of your books have really awful text errors or jumbled up sentence structure like its been proof read by Yoda. Great books bad editing and proof reading before publishing..
Read more
8 people found this helpful
Report abuse

Rafa
4.0 out of 5 stars Well written book
Reviewed in the United Kingdom on 12 August 2019
Verified Purchase
I do have different books related for mixing engineer process and tips, I do think that this is well written and has been well researched. It is easy to understand and explains a very detailed way.
Read more
One person found this helpful
Report abuse

Keep it simple
4.0 out of 5 stars The Mixing Engineer's Handbook 4th Edition
Reviewed in the United Kingdom on 6 August 2020
Verified Purchase
I found this book useful. It’s added to my knowledge and closed some gaps in
subjects that I’ve missed - being self taught! It’s the kind of book that you will
look at again. I didn’t understand all of it. I play mine on my ipad while I’m
doing a task I find boring.
Read more
Report abuse

Tony Jones
5.0 out of 5 stars Packed with useful information
Reviewed in the United Kingdom on 26 August 2020
Verified Purchase
I've been learning to mix for a couple of years and this is easily one of the best books I've read on the subject. It's padded with lots of interviews, which I don't need, but the rest of the content I found fascinating, It was recommended to me and I can see why
Read more
Report abuse

ToneLa
5.0 out of 5 stars Doesn't muck about.
Reviewed in the United Kingdom on 1 August 2020
Verified Purchase
Put it this way. Between making my own Mixes for fun and sticking em on YouTube, and having albums out there mixed by me and with the loving blessing of the astonished artist, I read this book.
Read more
Report abuse
See all reviews
Back to top
Get to Know Us
Make Money with Us
Let Us Help You
And don't forget:
© 1996-2021, Amazon.com, Inc. or its affiliates