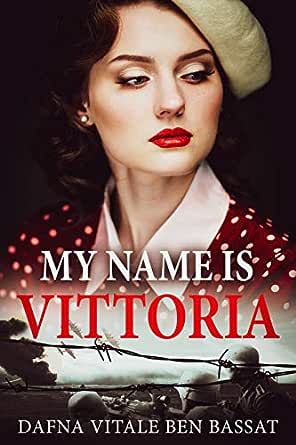 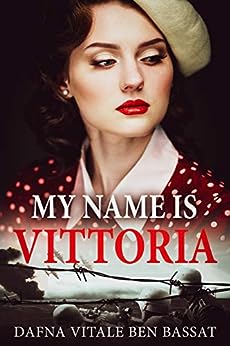 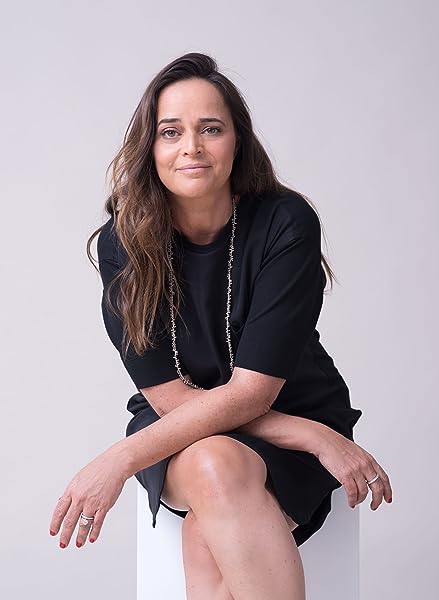 Mother of three boys, married, working as a Strategy Consultant, Marketing and Business Development. Managing marketing communications, marketing content, and content partnerships. Assistance in organizational processes, executive guidance growth and the creation of income-generating processes. Holds a BA in Political Science and Economics from Tel Aviv University and Master s degree in the field of drama and story therapy from Lesley College. Home Workshops graduate of Eshkol Nevo and Orit Gidali where she also began the creation of her first novel: Vitoria. Dafna lives in Tel Aviv, likes to travel, and believes in family values. --This text refers to an alternate kindle_edition edition.

4.1 out of 5 stars
4.1 out of 5
411 global ratings
How are ratings calculated?
To calculate the overall star rating and percentage breakdown by star, we don’t use a simple average. Instead, our system considers things like how recent a review is and if the reviewer bought the item on Amazon. It also analyses reviews to verify trustworthiness.

Bags
4.0 out of 5 stars Well Written
Reviewed in Australia on 2 March 2020
Verified Purchase
Well Written although not very gripping. Good characterisation and mood but not strong narrative structure, in other words the material is potentially more exciting.
Read more
Helpful
Report abuse
See all reviews

Dave Kindle Customer
5.0 out of 5 stars History of an inspirational Lady.
Reviewed in the United Kingdom on 25 February 2020
Verified Purchase
There are lots of stories of Jews and the Second World War, the cruelty the suffering but this is the first time i have read one about a Jewish family from Italy. They faced a different experience but still frightening and costly, war and aftermath normally is i guess. They also were betrayed by neighbour and the like same as the lots of European Jews . However compared to much off Europe that the Nazis invaded Italy was a lot later in the war but the great loss, fear and cost was still painful and destructive.

This is not a sad story it is a love story (not sloppy it's ok) the life of a daughter a wife and a mother, o plus sister, researched and told by a Grandchild. You will experience the highs and the fear with the decisions that have to be made, were they right or wrong i didn't feel in able to judge i wasn't there and i have never had to face what the Jews did or anyone for that matter who faced life in the late 1930's & 40's could i have faced being in the place that held so much?. The choices of life after the war i found fascinating having never considered that cost of the war where would i have gone i have no idea.
I really do recommend this book it you want to learn more about the life of a Jewish family albeit a wealthy one from Italy a strong family unit this is a good place to start, i have learnt a lot and have mixed emotions as i finished this book you may also.

karen phillips
4.0 out of 5 stars Remembering the Jews
Reviewed in the United Kingdom on 8 October 2020
Verified Purchase
Different from what I have read before as the story is told by the granddaughter through the eyes of her grandmother how they escaped Italy when the Germans came in world war lI and how she had to make decisions about leaving her eldest son. A mix of a novel and a history book
Read more
2 people found this helpful
Report abuse

trixie:
3.0 out of 5 stars A good read
Reviewed in the United Kingdom on 8 September 2020
Verified Purchase
A very different story of a Holocaust survivor, nonetheless an i teresting story of a brave woman living through the 2nd World War. There's no doubt My name is Vittoria, told by her granddaughter is a very interesting one.
Read more
One person found this helpful
Report abuse

Amazon Custome ken barr
4.0 out of 5 stars Very interesting
Reviewed in the United Kingdom on 9 March 2020
Verified Purchase
I really do not know what to think.
Hindsight would have been a Godsend. Was materialism the thing that made them remain whilst others saw the danger and got away?
It is a warts and all well written story.

J Hearn Tracy Hearn
5.0 out of 5 stars Loved this book
Reviewed in the United Kingdom on 20 May 2020
Verified Purchase
I really loved this book,l could not put it down,it kept me on the edge,l just wanted to keep reading,felt very sad when l finished it,really connected with the characters in the book.
Read more
Report abuse
See all reviews
Get FREE delivery with Amazon Prime
Prime members enjoy FREE Delivery and exclusive access to movies, TV shows, music, Kindle e-books, Twitch Prime, and more.
> Get Started
Back to top
Get to Know Us
Make Money with Us
Let Us Help You
And don't forget:
© 1996-2020, Amazon.com, Inc. or its affiliates