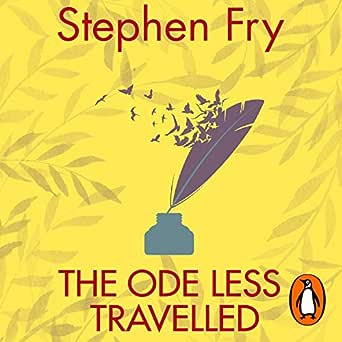 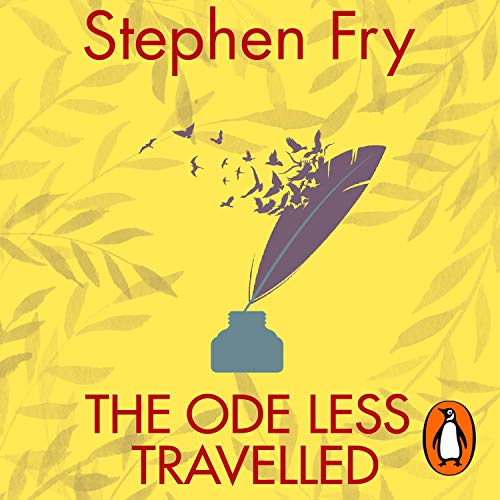 The Ode Less Travelled: Unlocking the Poet Within

4.7 out of 5 stars
4.7 out of 5
448 global ratings
How are ratings calculated?
To calculate the overall star rating and percentage breakdown by star, we don’t use a simple average. Instead, our system considers things like how recent a review is and if the reviewer bought the item on Amazon. It also analyses reviews to verify trustworthiness.

A. Williams
3.0 out of 5 stars Don't get the Kindle version
Reviewed in the United Kingdom on 13 August 2018
Verified Purchase
Very much enjoying this book, which provides a nice mix of description, explanation, and participation. However there are serious problems with the Kindle version.

The text of the book is littered with extracts from poems which are marked up with stress marks, etc., and many of these are simply impossible to see on the Kindle. On some, the magnifier pops up on long-press in the usual way, but on more, it does not, and they are illegible.

In such a book, with so many of these details appearing as images, even if they all worked this would probably still be annoying, but as it is, it makes the book less than useful. I have ordered the paperback version, but rather resent the extra expense.
Read more
22 people found this helpful
Report abuse

Susan Stepney
5.0 out of 5 stars Stephen Fry is in love with poetry, and that love permeates this book.
Reviewed in the United Kingdom on 16 October 2016
Verified Purchase
I know essentially nothing about poetry. We never really studied it at school, and I was never the least bit interested in what little we did do. I do remember one occasion when we were asked to write a poem for homework. I had no idea what to do, so I wrote some flowery prose, and broke the lines up arbitrarily. My homework was returned with the ominous words SEE ME scrawled in red at the bottom. I went up to the teacher, who looked at me in some bemusement, and said “this is really rather good”: words never said to me in an English lesson before, or after, for that matter. I went back to my seat with my opinion of poetry, and my teacher, confirmed. I suppose it could have been worse: it might have encouraged me and set me on the road to doggerel. Since then my only excursion into that realm has been to compose a couple of limericks for a competition at the 1995 Z User Meeting, held in Limerick; I didn’t win.

Stephen Fry, however, is in love with poetry, and that love permeates this book. But he does something my English teachers never did; he describes the mechanics: the nuts and bolts of metre and rhythm, rhyme and structure. Now this is interesting.

Fry wants to teach you how to write poetry, so there are exercises throughout. I confess, I didn’t do any of these; I’m a theoretician, not an experimentalist, and have no desire to start writing poetry. However, I can see how they would help get someone writing. And they’re not all “write a poem about beauty”, they are “write something in iambic pentameter” (I now know what that means!), or “write something in the form of a sonnet”: exercises in structure, not in some airy fairy aesthetics that I could never grasp. And even when he does suggest a subject, it is some prosaic everyday thing, like a headline from today’s news website, or daytime television programmes.

This book would make a wonderful school book for someone like me, more interested in the mechanics of things than in, well, poetry. It could make the whole enterprise a complicated word game, which would definitely appeal to nerds; then meaning, feeling, and emotion could be snuck in later, if necessary.

On second thoughts, it might not do well as a school text. Some of the examples in the limericks section are extremely obscene.

On third thoughts, that would probably make it popular with school children, if not their parents (those who fail to recall what they themselves heard in their school playgrounds).

The whole book is written with a lightness of touch, and a love of language. It is peppered with lovely little historical, geographic, and linguistic tidbits, and some great rants (especially the section "Stephen gets all cross"). I particularly like the way Fry writes little example poems to describe a particular structure in that very structure. He continually says his poems aren’t good, though they seem fine to me. But then, what do I know? Well, even I can tell that two examples of poems to written commemorate disasters, McGonnagal’s infamous “The Tay Bridge Disaster” and Tennyson’s “The Charge of the Light Brigade”, are at opposite ends of the quality spectrum. Fry explains why one works so much better than the other.

So although I still know essentially nothing about poetry, I know a good deal more than I did before reading this very enjoyable book.

Dr W. H. Konarzewski
4.0 out of 5 stars Entertainingly written but a bit complicated in places
Reviewed in the United Kingdom on 28 February 2015
Verified Purchase
I bought this because I'm doing a course on Creative Writing at the Open University and the section on poetry in the course book wasn't really stimulating. In the Ode Less Travelled, Stephen Fry writes entertainingly and is very funny in places. This provides welcome light relief whilst one is trying to understand the complexities of the different forms of poetic metre. Although I can't claim to understand everything Stephen Fry says in the book, I find his clear explanation of the basic metres very helpful - it's always useful to know when it's OK to insert a trochee into a line of iambic pentameter. There are plenty of examples to illustrate his points. For instance when Shakespeare wrote: To be or not to be, that is the question (iambic pentameter but 11 syllables in the line) Stephen provides an analysis and explanation as to why Shakespeare got it right and how the line should be read correctly. Excellent stuff. I don't think I'll ever become a good poet, but at least I now appreciate the subtleties of writing good poetry.

A word of warning - if you like your poetry to be unstructured and without rules, this may not be the best book for you. Stephen Fry errs on the side of traditionalism.
Read more
17 people found this helpful
Report abuse

Sam Reed
5.0 out of 5 stars Best poetry guide book on the market.
Reviewed in the United Kingdom on 1 August 2020
Verified Purchase
Read this twice now. It's brilliant. The teaching profession's loss is a comedy panel show's gain. National treasure Stephen Fry takes you humourously and modestly through his voluminous knowledge of poetry. He's never condescending or presumptive about prior knowledge. There are exercises to complete, should you feel inclined, and loads of examples that illustrate his lessons. The hook in this book, however is Fry's enthusiasm which is as contagious as the French Pox that most of his poetic heroes probably carried. A thoroughly enjoyable and informative read you can dip back into time and again, whether you write poetry or not.
Read more
One person found this helpful
Report abuse

Stuart A. McIntosh
5.0 out of 5 stars A text book presentation
Reviewed in the United Kingdom on 23 June 2020
Verified Purchase
I bought the paperback as a text reference but I also bought the audible as I love listening to Stephen Fry. I'm sure I would if he read the 'phone directory (if they still exist), so who better to read his own words. This is an academic study of poetry presented by a lecturer with his expected wit and cheekiness. I have found it useful in reinvigorating my own writing and in providing checks, balances and a good work ethic. True, a lot past me by - I'm not an academic but a scribbler of ditties. I would think this would be a preferred reference tool for students of poetry. It was a good extension from the recordings of Fry's English Delight that I love.
Read more
Report abuse
See all reviews
Back to top
Get to Know Us
Make Money with Us
Let Us Help You
And don't forget:
© 1996-2021, Amazon.com, Inc. or its affiliates