$188.99
+ FREE Delivery
Sold by: Books Mela Aus
Flip to back Flip to front
Listen Playing... Paused   You're listening to a sample of the Audible audio edition.
Learn more
See this image 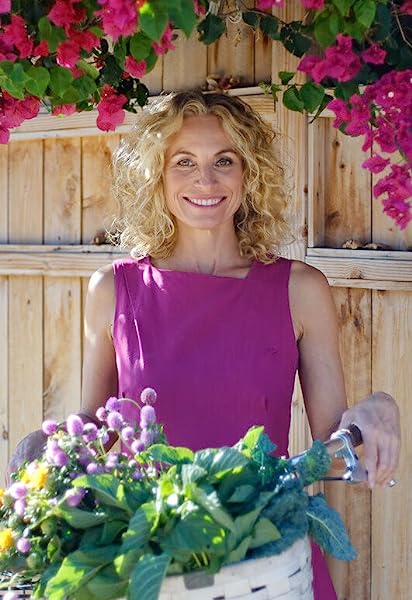 Once upon a Tart . . .: Soups, Salads, Muffins, and More From New York City's Favorite Bakeshop and Cafe Paperback – 2 May 2006

Tell the Publisher!
I’d like to read this book on Kindle

4.9 out of 5 stars
4.9 out of 5
55 global ratings
How are ratings calculated?
To calculate the overall star rating and percentage breakdown by star, we don’t use a simple average. Instead, our system considers things like how recent a review is and if the reviewer bought the item on Amazon. It also analyses reviews to verify trustworthiness.

jayne lambkin
5.0 out of 5 stars Excellent book!!
Reviewed in the United Kingdom on 13 February 2017
Verified Purchase
I love cook books! I love browsing through the pictures and reading the recipes and this book is one of my favourites! Full of great recipes and lovely introductions to a lot of the recipes. I've enjoyed reading the book and particularly making the sweet and savoury tarts.
Arrived promptly and in good condition

Izabella Natrins - Food Health Lifestyle for Women
5.0 out of 5 stars This fabulous cookbook has it all....
Reviewed in the United Kingdom on 4 August 2010
Verified Purchase
This fabulous cookbook has it all - for novice or expert alike. A lovely story written with humour, unpretentious but inspirational recipes with detailed techniques and instructions (particularly for the pastry making and baking techniques), and mouthwatering photography. It makes you want to get on a plane to NY and visit "Once upon a tart" ....or at the very least..... rush into the kitchen and bake! My bible for all things tarty - everyone loves the pastry, the tarts and the book!
Read more
Report abuse

West Coast Kap
5.0 out of 5 stars Fantastic Recipes!
Reviewed in Canada on 23 January 2021
Verified Purchase
Love this book. Purchased it many years ago after visiting the cafe in Greenwich Village. This is my second copy. It's out of print now so I had to buy it used. I don't care. Fantastic recipes. Highly recommend!
Read more
Report abuse

Bets
5.0 out of 5 stars Enjoyious
Reviewed in Canada on 23 October 2012
Verified Purchase
If you are the type of person who enjoys reading cookbooks to relax,this is a great one. The history of the two chiefs is entertaining ,as well as all there tips and suggestions.You will want to try out the recipes once browsing the pages.
Read more
Report abuse
See all reviews
Back to top
Get to Know Us
Make Money with Us
Let Us Help You
And don't forget:
© 1996-2021, Amazon.com, Inc. or its affiliates