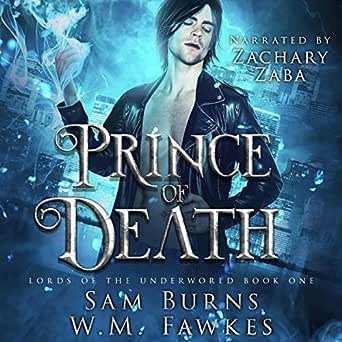 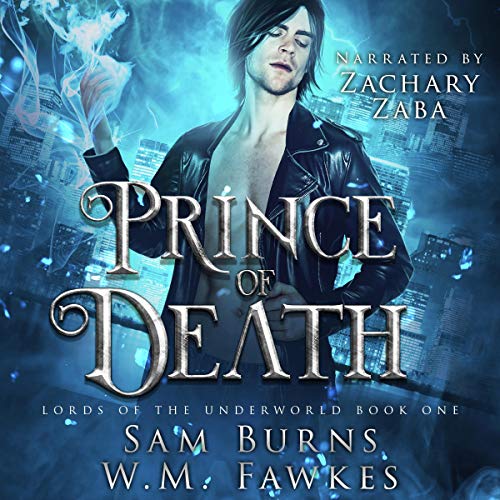 Prince of Death: Lords of the Underworld, Book 1

4.2 out of 5 stars
4.2 out of 5
43 global ratings
How are ratings calculated?
To calculate the overall star rating and percentage breakdown by star, we don’t use a simple average. Instead, our system considers things like how recent a review is and if the reviewer bought the item on Amazon. It also analyses reviews to verify trustworthiness.

FiBeeN
TOP 1000 REVIEWER
5.0 out of 5 stars What an absolute gem!
Reviewed in Australia on 11 March 2019
I loved everything about this book. First is that it is very well written and edited. The dialogue flows naturally with an easy pace and effective imagery.
The characters however, are what makes this book shine. Not only did I totally fall in love with Theo and Lysandros, many of the secondary characters also came alive. I am very much looking forward to reading Prometheus’s story.

PercyL64
5.0 out of 5 stars Absolutely brilliant
Reviewed in Australia on 19 March 2019
Thank you for a wonderful engrossing read that I couldn't put down. I can't wait for the next story hopefully we will met up with Theo again(•‿•)
Read more
One person found this helpful
Helpful
Report abuse
See all reviews

Spacix
5.0 out of 5 stars Tweed and leather
Reviewed in Canada on 4 May 2019
Verified Purchase
An exciting and atmospheric new urban fantasy in a world just slightly altered from our own. Back when the Greek gods rules the world Prometheus didn't give fire to the people but magic. Fast forward to present day and the Greek gods have faded into myth, but magic remains a normal part of life, something people are born with. This adds a delightful bit of, well, magic to the whole universe! This is where our first MC comes in.

Theo is a professor at university, teaching the practical basics to magic. His magic is a ground, a null of sorts, able to cancel out other magics. It is seen as boring and useless, much like the basic magic course he teaches. Competing for a full time job with another professor who has the flashy magic andwizard the interesting course seems a lost cause. Add in that Theo recently lost his last remaining parent, and he is sort of a big ball if sad. When directions to the Underworld fall in his lap, all Theo thinks of is dropping by to talk to his mom about what's going on in his life (which is so insanely understandable!). Though he makes it pretty far living mortals aren't exactly allowed to run around down there, and Theo runs into Cerberus and then Lysandros. Upon seeing Lysandros he forgets some of his woes and the chance of returned interest gives Theo hope. But dating a god is never an easy path.

Lysandros was born after the pantheon fell off the map of human awareness. Never having had worshipers, temples, or the adoration of mortals his interactions with them have been different. His first experience with mortal death broke his heart and showed him how short and fragile their lives can be. His extended family's carelessness with them showed him how easily mortals get hurt by gods. Fear and pain keeps him away from living mortals, both for them and himself. Lysandros is unusually innocent for a god and very kind. With his anxiety around his dickish extended family he also feels more human than others. It makes him a very relatable character despite his immortality.

Fears of loss and pain are prevalent for both characters in this book. Each has to reach out to the other beyond what they are afraid of for their relationship to work. At the same time there are machinations going on amongst the pantheon that remind them of the risks of gods and mortals interacting. It was an exciting and beautiful story that catches you from beginning to end!

N.B. Judging by the description from the next book Hermes is going to be a constant interfering jerk in this series. Hope he gets knocked down a peg

Ren
5.0 out of 5 stars A good book
Reviewed in the United States on 10 October 2020
Verified Purchase
From the tagline, I could guess it was going to be either wonderful or cheesy, and it thankfully turned out to be the former. Don't believe those who say it is a re-telling of Percy Jackson - other than the prominence of Greek mythology, and mention of Zeus's lightning bolt, it really is not the same. I came away from it with a greater understanding of Greek myth, as well as an appreciation for the story and a desire for more, and that is the ideal outcome, is it not? My only complaint is with the kindle edition - the Who's Who of the characters is at the back, and not very accessible. I imagine with a paper version this wouldn't be a problem - one could just flip back to that page for help. Alternatively, one could have slight former knowledge of the Greek gods beyond the main few most everyone knows (Zeus, Hades, Persephone, Poseidon, Apollo, Artemis, Aphrodite, and Cupid), but I didn't, so until I found that list I was a bit lost at times. It worked out, though, as I learned them as characters as the book progressed and then found the list after finishing the book.

There is a bit of rather swift falling in love, but to that, I have to say 1) it's not fast for Greek myth standards, 2) literally divine intervention might have contributed, and 3) the time in the other realms definitely runs at a different pace from the mortal realm, which is explicitly stated (so who knows how long it 'actually' is). If that bothers you, you can read something else instead, but I think you'd be missing out.
Read more
3 people found this helpful
Report abuse

Wendy Stone
5.0 out of 5 stars Very enjoyable book!
Reviewed in the United States on 28 May 2019
Verified Purchase
I absolutely adore it when authors play with the gods, especially when they do it right. These authors did it right! The story was engaging and entertaining. The world building was believable and realistic enough to flow well. The characters were fun and adventurous and I can't wait to read the next book by them.
Read more
4 people found this helpful
Report abuse

Joelle M
5.0 out of 5 stars Fantastic!
Reviewed in the United States on 3 November 2019
Verified Purchase
What a terrific read! I never really followed mythology but I liked reading about all the different gods and goddesses and how they integrated into the modern world. It made for a fun read. I loved Theo. He was the sweet awkward bookworm who lacked confidence in himself. Lysandros could have used a bit of confidence too. But I really liked them together. They brought out the best in each other.
Read more
One person found this helpful
Report abuse

K.M.C.
5.0 out of 5 stars A great read
Reviewed in the United States on 2 April 2019
Verified Purchase
If you're looking for something light and entertaining, this book is a great choice. The characters are lovely, and the plot is intriguing. I highly recommend!
Read more
2 people found this helpful
Report abuse
See all reviews
Back to top
Get to Know Us
Make Money with Us
Let Us Help You
And don't forget:
© 1996-2021, Amazon.com, Inc. or its affiliates