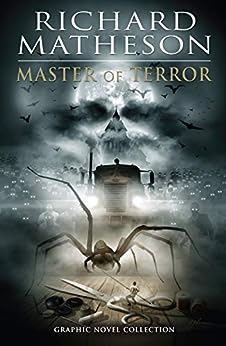 Chris Ryallis the Chief Creative Officer at IDW Publishing and the co-creator ofZombies vs Robotswith Ashley Wood. Ryall has also co-created and writtenGroom Lake, The Colonized, The Hollows, andOnyx, and has also written adaptations of stories by Stephen King, Clive Barker, and Richard Matheson. He is also the co-author of a prose book about comics,Comic Books 101, and has written comics based on the Transformers, the band Kiss, Mars Attacks, Weekly World News, and, currently, Hasbro's Rom. Ryall and ZvR co-creator Ashley Wood were nominated for the 2006 Eisner Award for "Best Short Story." --This text refers to the paperback edition.

4.2 out of 5 stars
4.2 out of 5
12 global ratings
How are ratings calculated?
To calculate the overall star rating and percentage breakdown by star, we don’t use a simple average. Instead, our system considers things like how recent a review is and if the reviewer bought the item on Amazon. It also analyses reviews to verify trustworthiness.

Gord W Hutchinson
2.0 out of 5 stars Three Well Told Stories and One Epic Failure
Reviewed in Canada on 31 January 2018
Verified Purchase
The artwork has a pretty good style across all stories. The Shrinking Man and Duel are done in colour, I Am Legend and Hell House are in black and white.

I'm going low on the rating mostly over the treatment of I Am Legend. There is far too much prose for the format. Many pages are 80 or 90% blocks of text. I can understand wanting to include Matheson's most popular story in this collection, but it deserves a better interpretation than what is offered here (even though the story is kept in tact, unlike the Will Smith movie).

The other stories are all told in a fitting way for the format and are worth a read, but for the cost I'd have to recommend passing on this collection.

All four eventually made their way into film adaptations, including one that set off a young Steven Spielberg's career, so why not offer a graphic novel take as well?

My two favorite works presented were the adaptation of Duel and Hell House. Both featured great art and a strong narrative, though Hell House's plot, revisited after all this time, was somewhat off putting in the way it treats at least one of the female characters. Then again, we are talking about a horror novel, yet I still found it at times difficult to take at certain points.

Unfortunately, The Shrinking Man and I Am Legend do not fare quite as well. Part of the problem is the art isn't as strong in these selections, though another significant problem is these stories aren't quite as gripping, in my opinion, as the other two. Mind you, I fully understand why I Am Legend is considered a classic and have read the Matheson novella, but apart from that terrific ending, I always felt the rest of the story was rather dry. As for The Shrinking Man, that story never impressed me quite like others Mr. Matheson wrote.

On whole, though, one has to give the authors and artists credit for sticking to Mr. Matheson's works and presenting them in such a faithful manner.

While today many may not know about Richard Matheson and the works he left behind, you could do a lot worse than spend some time reading these works in a graphic novel form.
Read more
2 people found this helpful
Report abuse

chuddy
3.0 out of 5 stars They were ok.
Reviewed in the United States on 19 July 2019
Verified Purchase
Shrinking man was the best of the lot. I'm a huge Richard Matheson fan so I have no issues with the stories only the artwork that accompanies them. Thought hell house would have been a lot better in color. Can't really explain what I didn't like about I Am Legend. I love the story and the artwork was good but again it probably would have been better in color. but something about it didnt translate well for me. Duel was my least favorite. It was just too dark and cramped.
Read more
One person found this helpful
Report abuse
See all reviews
Back to top
Get to Know Us
Make Money with Us
Let Us Help You
And don't forget:
© 1996-2022, Amazon.com, Inc. or its affiliates