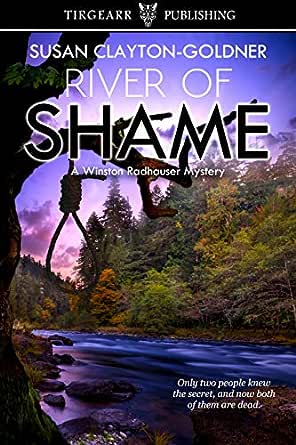 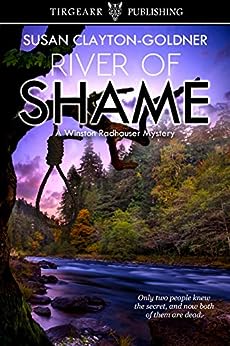 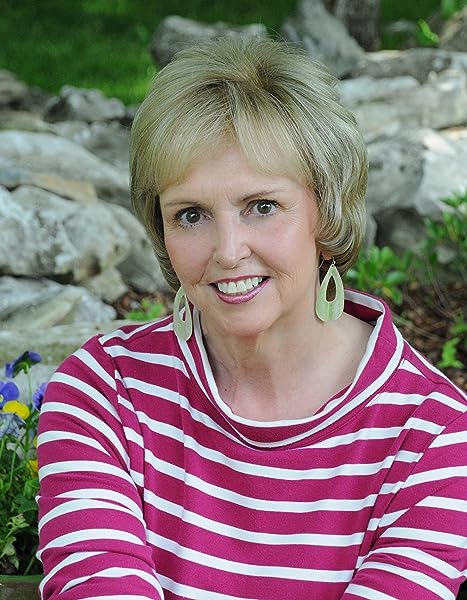 4.7 out of 5 stars
4.7 out of 5
25 global ratings
How are ratings calculated?
To calculate the overall star rating and percentage breakdown by star, we don’t use a simple average. Instead, our system considers things like how recent a review is and if the reviewer bought the item on Amazon. It also analyses reviews to verify trustworthiness.

CarolW
5.0 out of 5 stars A gripping story
Reviewed in the United Kingdom on 14 October 2018
Verified Purchase
I've enjoyed all Susan's previous Radhauser novels. As ever, River of Shame is excellently written. In places it is a moving and emotional journey, in others it is harrowing. Her characters are real and well drawn, they come alive as you read. The plot twists and turns with suspense and you are hooked from the start. I can thoroughly recommend this as a great read.
Read more
Report abuse

And as usual, it turns out to be somebody you would never in the least have expected.

Poor Gracie Radhauser! She’s recently undergone a radical mastectomy for breast cancer, just had a baby, and is due to begin chemotherapy today. And although her husband, Winston Radhauser, is supposed to be taking time off work to help her with the baby and with the chemotherapy, his boss calls wanting him to look into a case that has just come up involving a teenager branded with a homophobic slur. And, to top it all off, once he’s done that and accompanied her to the chemotherapy, they come home to find that the boy they have hired to help out with chores around the ranch during this difficult time, the son of Gracie’s best friend, has been murdered in their barn.

As for Detective Radhauser, he must once again grapple with the ghosts of his first wife and son as well as dealing with a black FBI agent who has been called in to help with the case. Add to this complications posed by the white supremacist group that has been spreading hate pamphlets around town, and the cases become very tangled indeed.

Gracie, by the way, holds up like a trooper, surviving the chemo, supporting her friend, and even helping out when the racist bunch burns down the Radhausers’ barn.
Read more
Report abuse

Karen
5.0 out of 5 stars Excellent!!! A definite must read.
Reviewed in the United States on 19 November 2018
Verified Purchase
Another awesome book by Susan Clayton-Goldner. This one relates to all the awful racism, mental illness, drug abuse, cancer and suicide. Most of which people do not want to talk about. Hide from the issues, pretend they don’t exist. Always happens to someone else’s family. Susan hits on all these subjects that are taboo in the world today.

I throughly enjoyed this book from start to finish. I am even reading it a second time to my husband, which we like to do with books we love. Susan was able to express the pain and love of the characters so easy. Thank you again Susan for your stories. I can’t wait for another one to come out.
Read more
Report abuse

katewickham
5.0 out of 5 stars Complex story with current issues
Reviewed in the United States on 21 September 2018
Verified Purchase
I appreciated the use of current issues in the story and the cooperative and respectful relationship between local and FBI so different from the adversarial interactions more commonly presented. I'm wondering if the author has set the stage for a another book or two about the same detective and small town, or whether she will close this series and introduce another setting and cast.
Read more
One person found this helpful
Report abuse

AMB
5.0 out of 5 stars Great Read!
Reviewed in the United States on 24 November 2018
Verified Purchase
Very detailed plot. I have read the other books from this series and they were very good books. I think this one is the best. The characters were very well developed and believable. I felt as if I knew them personally. This author has a way of drawing out the story, the dialogue, and the backstory of the characters. Susan Clayton-Goldner is a very talented writer. I will continue to read her books.
Read more
Report abuse
See all reviews
Get FREE delivery with Amazon Prime
Prime members enjoy FREE Delivery and exclusive access to movies, TV shows, music, Kindle e-books, Twitch Prime, and more.
> Get Started
Back to top
Get to Know Us
Make Money with Us
Let Us Help You
And don't forget:
© 1996-2020, Amazon.com, Inc. or its affiliates