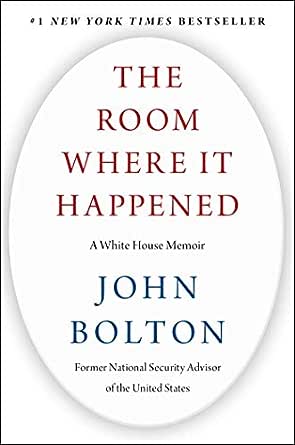 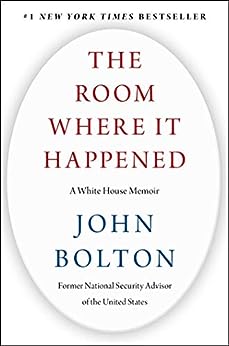 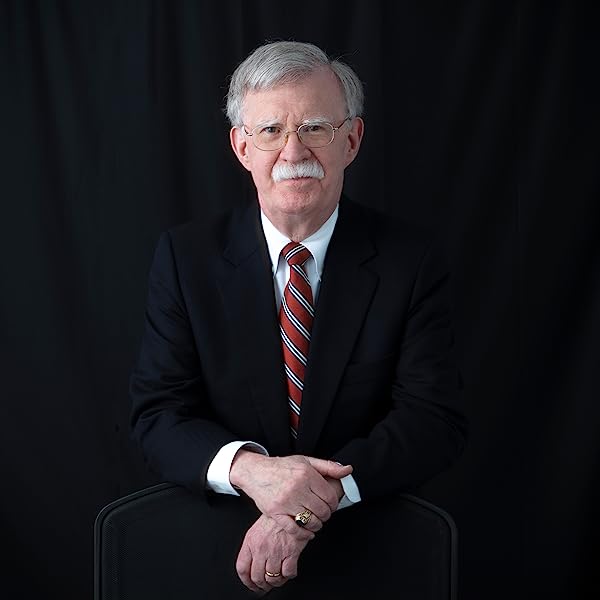 The Room Where It Happened: A White House Memoir Kindle Edition

John Bolton is the former National Security Advisor to President Donald Trump. He served as the United States Ambassador to the United Nations from 2005 to 2006. He has spent many years of his career in public service and held high-level positions in the Administrations of Presidents Ronald Reagan, George H. W. Bush, and George W. Bush. Ambassador Bolton is also an attorney, and was in private practice in Washington, DC, from 1974 to 2018, except when he was in government service. Ambassador Bolton was born in Baltimore in 1948. He graduated with a BA, summa cum laude, from Yale College and received his JD from Yale Law School. He currently lives in Bethesda, Maryland. --This text refers to an alternate kindle_edition edition.

“I can’t believe I’m saying this: it’s worse than I even imagined.” – Stephen Colbert

“As much as you think you know about the arrogance, vanity and sheer incompetence of Trump’s years in the White House, Bolton’s account will still astonish you... No wonder the White House was so determined to block this book.” – David Ignatius, Washington Post

"A scathing and revelatory account... indispensable, jaw-dropping, and specific...what a truth he offers us." – The New Yorker

“Mr. Bolton’s volume is the first tell-all memoir by such a high-ranking official who participated in major foreign policy events and has a lifetime of conservative credentials. It is a withering portrait of a president ignorant of even basic facts about the world, susceptible to transparent flattery by authoritarian leaders manipulating him and prone to false statements, foul-mouthed eruptions and snap decisions that aides try to manage or reverse.” – The New York Times

“The most substantive, critical dissection of the president from an administration insider… lays out a long series of jarring and troubling encounters between the president, his top advisers and foreign leaders.” – Washington Post

“A book full of damning details” – The Economist

"Shows the scale and depth of Trump’s depravity and corruption." – The Atlantic

"A service to the nation... There is no question that this book contains explosive revelations that could well have an impact on the election." – Thomas Wright, The Brookings Institute, The Atlantic

“The details are damning.” – Fareed Zakaria

“The most devastating indictment yet.” – Nicolle Wallace

“A riveting read” - Trevor Noah, The Daily Show --This text refers to an alternate kindle_edition edition.

Page 1 of 1 Start overPage 1 of 1
This shopping feature will continue to load items when the Enter key is pressed. In order to navigate out of this carousel please use your heading shortcut key to navigate to the next or previous heading.
Back
Next
click to open popover
Get FREE delivery with Amazon Prime
Prime members enjoy FREE Delivery and exclusive access to movies, TV shows, music, Kindle e-books, Twitch Prime, and more.
> Get Started
Back to top
Get to Know Us
Make Money with Us
Let Us Help You
And don't forget:
© 1996-2020, Amazon.com, Inc. or its affiliates