Just launched
Only 1 left in stock. 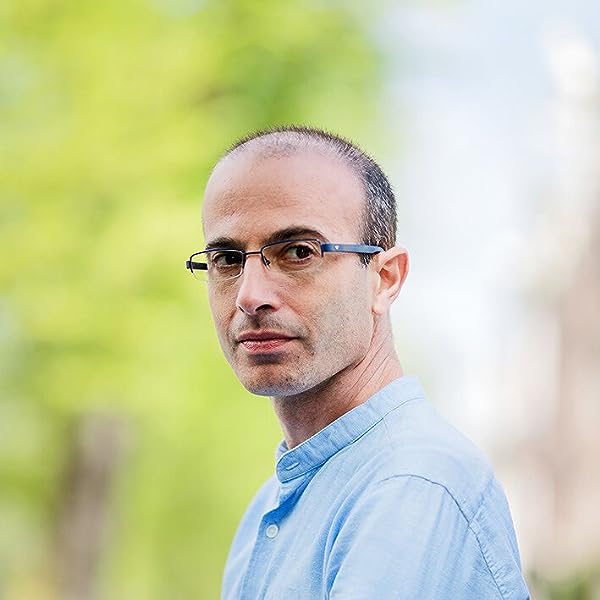 Tamil edition by Yuval Noah Harari (Author)
4.6 out of 5 stars 617 ratings
See all formats and editions
Sorry, there was a problem loading this page. Try again.

From a renowned historian comes a ground-breaking narrative of humanity’s creation and evolution a 1 international bestseller that explores the ways in which biology and history have defined us and enhanced our understanding of what it means to be “human.”
One hundred thousand years ago, at least six different species of humans inhabited Earth. Yet today there is only one homo sapiens. What happened to the others? And what may happen to us.
Most books about the history of humanity pursue either a historical or a biological approach, but Dr. Yuval Noah Harari breaks the mold with this highly original book that begins about 70,000 years ago with the appearance of modern cognition. From examining the role evolving humans have played in the global ecosystem to charting the rise of empires, Sapiens integrates history and science to reconsider accepted narratives, connect past developments with contemporary concerns and examine specific events within the context of larger ideas.
Dr. Harari also compels us to look ahead, because over the last few decades humans have begun to bend laws of natural selection that have governed life for the past four billion years. We are acquiring the ability to design not only the world around us, but also ourselves. Where is this leading us and what do we want to become.
Read more
Previous page
Next page

Money with Jess: Your Ultimate Guide to Household Budgeting
Learn how to get money, how to spend it and how to save it. Shop now
Start reading Sapiens (Tamil Edition) on your Kindle in under a minute.

Prof. Yuval Noah Harari has a PhD in History from the University of Oxford and lectures at the Hebrew University of Jerusalem, specializing in world history. His books have been translated into 65 languages, with 40 million copies sold worldwide. 'Sapiens: A Brief History of Humankind' (2014) looked deep into our past, 'Homo Deus: A Brief History of Tomorrow' (2016) considered far-future scenarios, and '21 Lessons for the 21st Century' (2018) zoomed in on the biggest questions of the present moment. 'Sapiens: A Graphic History' (launched in 2020) is a radical adaptation of 'Sapiens' into a graphic novel series, which Harari created and co-wrote in collaboration with comics artists David Vandermeulen (co-writer) and Daniel Casanave (illustrator).

4.6 out of 5 stars
4.6 out of 5
617 global ratings
How are ratings calculated?
To calculate the overall star rating and percentage breakdown by star, we don’t use a simple average. Instead, our system considers things like how recent a review is and if the reviewer bought the item on Amazon. It also analyses reviews to verify trustworthiness.

V Thiruvalluvan
5.0 out of 5 stars SImply beautiful!
Reviewed in India on 21 November 2020
Verified Purchase
The book is a beautiful one. I have purchased one hard copy for my wife. It has given me many revelations like capitalism is another religion, all theories are only built up stories, the situation of animals in our society etc. Histories are written about kings, queens, emperors, artisans who comprises 10% of the population or the communist version of the history of the mass. This book is about the rest 90%. I was thinking that modern industrial technology only made our life miserable . But agriculture has also done the same thing to us ( that would be a modern technology on those days when agriculture got introduced).
Inventing things that are not existing ( like companies) made us to co-operate in a large scale and take high risk. Yes. it is true. But the same thing ( that when the company defaults, the responsibility is not on the owner) made the owners do things that is threatening the co-operation we achieved because of this. This point is not clearly brought out in the book.
Read more
3 people found this helpful
Report abuse

venkatesh
4.0 out of 5 stars Best Read
Reviewed in India on 27 February 2019
Verified Purchase
One of the best reads . You won't feel that you are reading a translated book
Read more
14 people found this helpful
Report abuse

Manikandan Arunachalam
5.0 out of 5 stars A Must read one to visualize the human evolution and it's surroundings.
Reviewed in India on 22 May 2019
Verified Purchase
I bought this after saw ton of reviews from various sources. Definitely a must read to all the humans our in the world.
Read more
6 people found this helpful
Report abuse

priyadharshini V
5.0 out of 5 stars Must read & lovely Tamil version
Reviewed in India on 5 April 2021
Verified Purchase
Have read this book in English.

Book is must read to understand our origins as humans and how far we have come.

Was pleasantly surprised to see the Tamil version. Gifted it to my father and he really liked it. Thanks Amazon
Read more
Report abuse
See all reviews