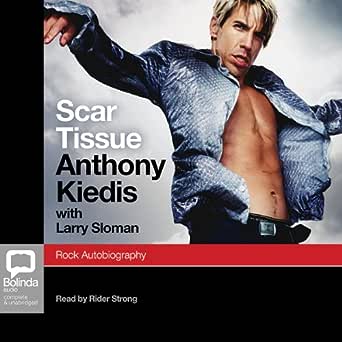 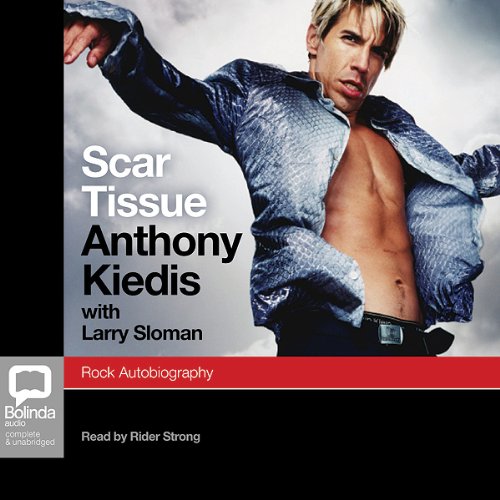 4.7 out of 5 stars
4.7 out of 5
2,051 global ratings
How are ratings calculated?
To calculate the overall star rating and percentage breakdown by star, we don’t use a simple average. Instead, our system considers things like how recent a review is and if the reviewer bought the item on Amazon. It also analyses reviews to verify trustworthiness.

Trish C
5.0 out of 5 stars What an awe inspiring read
Reviewed in Australia on 5 January 2019
Verified Purchase
This book was recommended to me by a friend. I have not been able to put it down. I is well written a down to earth way that keeps you wanting more. You have an amazing life and a re a gifted writer.
Read more
Helpful
Comment Report abuse

Nathan Magyar
5.0 out of 5 stars amazing book, inspired me to do heroin too
Reviewed in Australia on 4 May 2019
Verified Purchase
after seeing anthony kiedis' successes in life I realise I needed to become a heroin junkie and buy a guitar. The only issue is I became a heroin junkie first and ran out of money to buy a guitar. 5/5
Read more
Helpful
Comment Report abuse

Andrew McMillen
3.0 out of 5 stars It's hard to recommend 'Scar Tissue' to anyone but hardcore RHCP fans, as to my eyes, it could have been cut by a third.
Reviewed in Australia on 22 March 2017
At nearly 500 pages, this book is something of a slog, especially since much of the narrative concerns Anthony Kiedis seesawing between drug addiction and fleeting sobriety while fronting the Red Hot Chili Peppers, one of the world's most popular rock bands. It is well-written throughout, and Larry Sloman is a fine guide through the depths of Kiedis's tortured relationship with heroin and cocaine, but the all-encompassing nature of his addiction is such that huge chunks of the book are devoted to the singer going off on ruinous binges, to the exasperation of everyone around him. "I want to describe both sides of how I felt, but it's important to know that in the end all the romantic glorification of dope fiendery amounts to nothing but a hole of sh*t," he notes 200 pages in.

I did not think highly of Kiedis's songwriting before I read this book, but now I have come to appreciate that some of the band's best songs are lifted directly from his own experiences. 'Under The Bridge' is the obvious one, but I think 'Otherside' is the best single song that the Red Hot Chili Peppers ever released, and I'd have liked to read more about the situations that led up to its creation. Kiedis does this with quite a few other songs, and quotes extensively from his lyrics dating back to the band's earliest recordings, but for some reason 'Otherside' gets only a cursory mention despite being one of the songs that best describes the feelings of addiction and redemption that he knows so well.

But this is a minor complaint in the scheme of things, as despite the repetitive nature of the book – especially in the second half – I suppose it's hard to argue against this being an accurate way of showing what that lifestyle is like, when you're trapped in a cycle of behaviour that you can't get out of. It's hard to recommend 'Scar Tissue' to anyone but hardcore RHCP fans, as to my eyes, it could have done with being cut by about a third. But the insight into Kiedis's life is mostly compelling, and vividly realised, so kudos to Larry Sloman for capturing that on the page.

hayden
5.0 out of 5 stars Brutally honest and open! Must read.
Reviewed in Australia on 30 December 2017
Best book I read in 2017 (and top 5 of my life). The brutal honesty and open approach that Kiedis (and Larry Sloman) use is hard hitting and effective in sharing the behind the scenes look at what Kiedis has been through as the front man of one of the world's most popular rock bands.

Well worth the 500 page read (Wish it went for longer to be honest).

I was never a Chili Peppers fan before this book...now, I am 100% in. I cannot stop listening to them and admire their approach to sharing their gift with the world.

D Thorpe
3.0 out of 5 stars Drugs, relationships and sometimes the Red Hot Chilli Peppers
Reviewed in the United Kingdom on 20 November 2019
Verified Purchase
Anthony Kiedis is a wonderful songwriter and one of the best frontmen in the business, Scar Tissue tells his story from day one up until the release of By The Way from a very personal and open perspective. I enjoyed the read however, a large portion of the book is entirely a diary of his journeys to pick up and ingest drugs which grows tired rather quickly. The stories of his relationships with women are interesting but again very repetitive and at points of very questionable morally.
I would have liked to read more about his time with the band and his songwriting processes! His personal connection to spiritualism is really intriguing but his writing is again distracted by the endless tales of heroin and cocaine use.

Jacqueline T
5.0 out of 5 stars A must read for all Chili Pepper's fan's.
Reviewed in the United Kingdom on 25 November 2015
Verified Purchase
I must admit before reading this book i was under the impression that Anthony Kiedis was a bit of an egotistical, pretty face whose autobiography would just be about how wonderful he was and what a fantastic lifestyle he has. I couldn't have been more wrong! This is an honest account of a troubled life, that tells in all detail of his life as a child with his drug dealing dad to his slow rise to fame. He goes into a lot of detail about his relationships and how he recognised his character flaws and knew how important it is to work through them. I thoroughly enjoyed reading this book and would highly recommend it to anyone with an open mind and also anyone with substance misuse problems or if anyone you love has substance misuse problems.
Read more
7 people found this helpful
Report abuse

The 1% fight back.
1.0 out of 5 stars Boring, repetitive
Reviewed in the United Kingdom on 22 April 2020
Verified Purchase
I'm a big fan of Red Hot Chilli Pepper but this book is very very boring:
he find a girl, he dump her, he goes on a drugs binge for days, weeks or sometimes months….repeat…this is the book ! nothing else apart for some trips in Thailand and India...

Not to mention that towards the end of the book he talks about this girl who, even if she tries to get money out of him using a solicitor, he goes back with her only realising later on that "maybe she's not my girl". Dude ! you are in ur mid-30 and it took u so long to understand that ?!!

Save your money and get another book.
Read more
Report abuse

Will
3.0 out of 5 stars Brutally Honest
Reviewed in the United Kingdom on 4 January 2016
Verified Purchase
I suppose a lot of these rock autobiographies are very similar. Though this one is brutally honest as the lead singer is using this chance to tell his whole story as a kind of therapy. I have been a fan of the Chili Peppers since 1989 and have seen them become one of the best rock acts of their era. In my opinion the book is a little overlong and could have done with a bit of a tidy up, for example does the reader really want a running dialogue of Anthony's arguments with his girlfriend. For me this was tedious. I enjoyed the parts where they recorded their albums, a good narrative of the functions of a recording process.
Read more
4 people found this helpful
Report abuse

Amazon Customer
5.0 out of 5 stars One of the best books i have read...
Reviewed in the United Kingdom on 9 August 2018
Verified Purchase
If you are a true RHCP fan then you're going to love this. Very well written and very immersive. It's an amazing insight to an amazing person and of course, it mentions it all including his childhood friends Hilel and Flea.

Warning - This genuinely makes you want to take drugs and party like a rockstar. Therefore, it has taken me a long time to read it! haha.

Buy IT!
Read more
One person found this helpful
Report abuse
See all reviews
Get FREE delivery with Amazon Prime
Prime members enjoy FREE Delivery and exclusive access to movies, TV shows, music, Kindle e-books, Twitch Prime, and more.
> Get Started
Back to top
Get to Know Us
Make Money with Us
Let Us Help You
And don't forget:
© 1996-2020, Amazon.com, Inc. or its affiliates