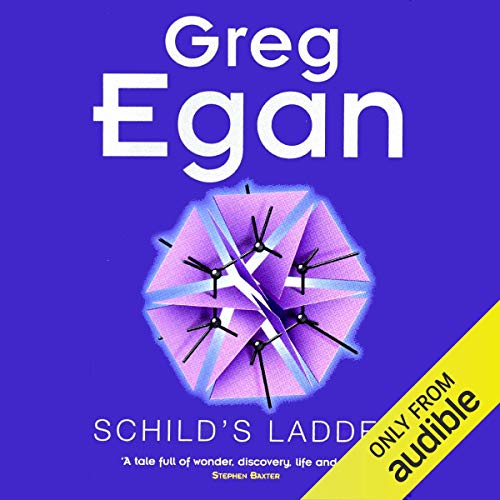 The Age of Death ended countless millennia ago. No longer burdened by limited lifespans, the immortal humans who populate inhabited space now have the luxury to travel vast distances effortlessly and to tinker with the intricate mechanics of space time. But one such experiment in quantum physics has had a catastrophic and unanticipated result, creating an enormous, rapidly expanding vacuum - a region of new physics - with the frightening potential to devour countless inhabited solar systems.

Tchicaya abandoned his home world four thousand years ago to travel the universe, freely choosing, as have others of his bent, to endure the hardships of distance and loneliness for the sake of knowledge and experience. Aboard the Rindler, a starship trawling the border of the all consuming novo-vacuum, he feels his endless life has new purpose. For the Rindler is the center for the scientific study the phenomenon - a common ground for Preservationists and Yielders alike, those working to halt and destroy the encroaching worlds-eater…and those determined to investigate its marvels while allowing its growth to continue unchecked. Tchicaya has allied himself firmly with the latter camp.

The passing decades - and inevitable expansion of the void - widen the great rift between the two factions, intensifying what was once simply ideological differences into something more angry, explosive, and dangerous. And the arrival of Tchicaya's fiery first love, Mariama, and her immediate embracing of the Preservationist cause, intensifies an inner turmoil he has been struggling with since his distant childhood. But everything onboard the Rindler - and, ultimately, in the inhabited universe itself - is on the cusp of further cataclysmic change, as the Yielders' explorations threaten to transform discord into violent action and potential xenocide.

For new evidence suggests that something unthinkable is developing at an astounding rate deep within the mysterious, 600-light-years-wide void - something neither Tchicaya and his compatriots nor Mariama and hers could ever have imagined possible: life.

Switch between reading the Kindle book & listening to the Audible narration with Whispersync for Voice.
Get the Audible audiobook for the reduced price of $34.76 after you buy the Kindle book.
Learn more about membership
By completing your purchase, you agree to Audible’s Conditions Of Use and Privacy Notice.
Sold and delivered by Audible, an Amazon company

4.2 out of 5 stars
4.2 out of 5
164 global ratings
How are ratings calculated?
To calculate the overall star rating and percentage breakdown by star, we don’t use a simple average. Instead, our system considers things like how recent a review is and if the reviewer bought the item on Amazon. It also analyses reviews to verify trustworthiness.

Kindle Chris Robertson
5.0 out of 5 stars Like all Greg Egan's books, the science, while complex, is an abstraction based on real physics, and totally believable. It is also fascinating, and beautiful. Unlike some of his other books, this also ends on a very positive note. Egan is an excellent portrayer of human interactions, both personal and political, and this book is no exception. The characters are interesting and likeable, and the vision of future humanity's solution to the ever-present war between the sexes is brillant.r
Reviewed in Australia on 1 November 2017
Verified Purchase
Sod this word requirement, this review is complete … Now let me submit it you idiot software. Three more words.
Read more
Helpful
Report abuse
See all reviews

dark fader
4.0 out of 5 stars Overall a good read with great concepts
Reviewed in the United Kingdom on 11 February 2015
Verified Purchase
Greg is an interesting writer, pulling in imaginary physics a step ahead of the physics we know. (Or the physics which are known, which isn't aways the same thing.) It can cause things to become a little dense at times, but for a fan of hard SF those parts can be joyous.

The only downside is that the human sides of his stories can be a little unsatisfying - as is the case here. He makes a good go of it, but it feels like there's just something lacking.

Apart from that, a great romp with some incredible ideas.
Read more
2 people found this helpful
Report abuse

Z.A.
3.0 out of 5 stars OK, but difficult to read
Reviewed in Germany on 18 November 2018
Verified Purchase
If you're a big fan of hard SF this might be a book for you. It for sure has all the elements and the philosophical depth one expects. But it is really hard hard hard SF. At times it feels like reading a scientific paper on some weird mathematical concept. Probably some people can take it, but for me, even though I do like hard SF, this was too much. I give it four stars for the idea and depth, but only two for readability.
Read more
2 people found this helpful
Report abuse