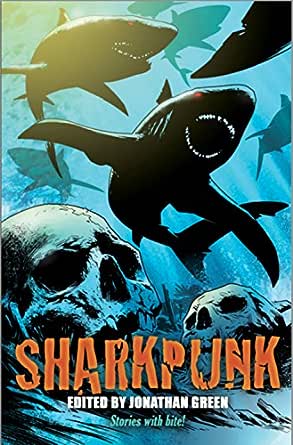 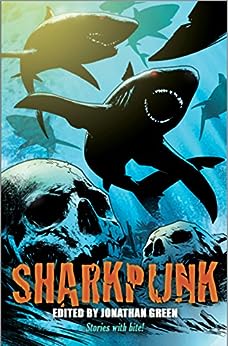 Gary McMahon is the author of a wide variety of horror novels, novellas and chapbooks, including the much celebrated Concrete Grove trilogy and theThomas Usher books. His short fiction has been published in a variety of collections and anthologies including Tales of the Weak and Wounded, The Mammoth Book of the Best New Horror and The Year's Best Fantasy and Horror, as well as the portmanteau audio anthology Thirteen. He can be found atwww.garymcmahon.com.

Kim Lakin-Smith is the author of Tourniquet; Tales from the Renegade City (Immanion Press: 2007), Cyber Circus (Newcon Press: 2011) and the YA novella Queen Rat (Murky Depths, 2012). Her dark fantasy and science fiction short stories have appeared in various magazines and anthologies including Black Static, Interzone, Celebration, Myth-Understandings, Further Conflicts, Pandemonium: Stories of the Apocalypse, Mammoth Book of Ghost Stories By Women, and others, with 'Johnny and Emmie-Lou Get Married' shortlisted for the BSFA short story award 2009.

Kim has a background in performance and is a regular guest speaker at writing workshops and conventions.

Steven Savile has written for Doctor Who, Torchwood, Primeval,Stargate, Warhammer, Slaine, Fireborn, Pathfinder, Arkham Horror, Rogue Angel, and other popular game and comic worlds. He won the International Media Association of Tie-In Writers award for his novel, SHADOW OF THE JAGUAR, and the inaugural Lifeboat to the Stars Award from for TAU CETI (co-authored with International Bestselling novelist Kevin J. Anderson). Writing as Matt Langley his young adult novel BLACK FLAG was a finalist for the People's Book Prize 2015. He wrote the story for the multi-million copy bestselling computer game Battlefield 3 and has worked with Paradox Interactive on several of their forthcoming computer games. His latest books include SHERLOCK HOLMES AND THE MURDER AT SORROWS CROWN, published by Titan in September 2016, PARALLEL LINES a brand new crime novel coming from the same publisher in March 2017, and GLASS TOWN, a mythic fantasy novel published in hardcover by St Martin's Press in April 2017.

Alec Worley was a projectionist and a film critic before he got to write for the Galaxy’s Greatest Comic, 2000 AD, for whom he’s written Judge Dredd, Age of the Wolf and Dandridge. He’s also a prose writer whose credits include the novella Judge Anderson: Heartbreaker. His lifelong love of sharks began when he saw Jaws at the age of 7 and fell off his chair in fright at the bit with Ben Gardener’s head. More recently he achieved a lifelong dream of going cage-diving, which he did off the coast of Guadalupe, Mexico. He got pooped on by a Great White.

Jonathan Green is a writer of speculative fiction, with more than 70 books to his name. Well known for his contributions to the Fighting Fantasy range of adventure gamebooks, he has also written fiction for such diverse properties as Doctor Who, Star Wars: The Clone Wars, Warhammer, Warhammer 40,000, Sonic the Hedgehog, Teenage Mutant Ninja Turtles, Moshi Monsters, LEGO and Judge Dredd. He is the creator of the Pax Britannia series for Abaddon Books and has written eight novels set within this steampunk universe, featuring the debonair dandy adventurer Ulysses Quicksilver. He is also the author of an increasing number of non-fiction titles, including the award-winning YOU ARE THE HERO – A History of Fighting Fantasy Gamebooks. He has recently taken to editing and compiling short story anthologies, including the critically-acclaimed SHAKESPEARE VS CTHULHU, GAME OVER and SHARKPUNK, published by Snowbooks. To find out more about his current projects visit www.JonathanGreenAuthor.com. You can follow him on Twitter @jonathangreen for regular updates too, and visit his Facebook page. --This text refers to an out of print or unavailable edition of this title.

3.8 out of 5 stars
3.8 out of 5
5 global ratings
How are ratings calculated?
To calculate the overall star rating and percentage breakdown by star, we don’t use a simple average. Instead, our system considers things like how recent a review is and if the reviewer bought the item on Amazon. It also analyses reviews to verify trustworthiness.

Perceptive Reader
4.0 out of 5 stars Has a lot of teeth!
Reviewed in India on 3 November 2015
Verified Purchase
Like almost everybody belonging to my generation (and the previous one as well, I guess) my horrified fascination with sharks had begun the day (actually the night, since I had seen it in the 21-30 hrs. show, with my parents) I saw “Jaws”. Even now, during the super-rare visits to seaside destinations with family, when anybody talks about going for a swim after the daylight has paved way for blue-black, an image of a triangular shape churning through dark waters hits me like a pile of bricks, and I hastily try to put as much distance between myself and the deep blue as possible. Later I have read a lot about sharks, seen several documentaries about them, have started realising that mankind has been far more cruel to its environment than sharks. But still, that fin and the teeth…. Anyway, this book is a celebration of our collective fear & fascination, as well as a portrayal of sharks that live inside many of us. Like all anthologies, this one had several hits, a lot of readable stuff, and a few duds. My story-wise thoughts are: -

(*) Introduction by Jonathan Green: A concise & crisp piece that summarises the thoughts that had gone into the making of this anthology.

1. “Peter and the Invisible Shark” by Jonathan Oliver: Meh, I’m afraid. (2/5)
2. “Blood in the Water” by Dan Patrick: A grim, taut and killer story, in all sense. (4/5)
3. “The Lickspittle Leviathan” by David Lee Stone: Very good story that infuses horror, dark comedy, and sensuousness in equal measures. (4/5)
4. “Sharkadalic” by Ian Whates: A brilliant & grim piece that would stay with you for a long time after you have read the last words. (5/5)
5. “Shirley” by Amy & Andy Taylor: A dark, depressing, but very well-executed tale. (4/5)
6. “Deep Black Space” by Toby Frost: A..W..E..S..O..M..E! We seriously needed some more comic pieces like this one to haunt the otherwise dark waters. (5/5)
7. “The Shark in the Heart” by David Tallerman: Crap. (0/5)
8. “Deep Red Bells” by Josh Reynolds: The Royal Occultist and his apprentice meet a strange antagonist in this superb adventure. (5/5)
9. “Sharkcop 2: Feeding Frenzy” by Alec Worley: And again, a brilliantly gory & visceral piece of slapstick comedy graces this anthology to lighten its tone in a positive manner. (5/5)
10. “Sharkbait” by Richard Salter: Crap. (0/5)
11. “Goblin” by Kim Lakin-Smith: This story, of a future where things have gone horribly wrong, has a real bite, and would keep you in its maw for a long time. (5/5)
12. “Blood Relations” by Andrew Lane: Sharks do have some fascinating features, but incorporating them into a human being may have some ….side effects. Very good story. (4/5)
13. “Feast of the Shark God” by C.L. Werner: The story began briskly, almost violently, then slackened so much that it became soporific. (3/5)
14. “Le Shark” by Laurel Sills: A psychological story of love & redemption, with a shark thrown in. Good, but nothing more. (3/5)
15. “The Serial Killer Who Thought She Was A Shark” by Jenni Hill: Brilliant. Just brilliant. (5/5)
16. “Rise of the Ubershark” by Robert Spalding: A breathlessly fast story of relentless action involving giant robots and armed sharks (drooling yet?) that leaves you gasping for more. (4/5)
17. “Swimming with the Fishes” by Steven Savile: A noirish piece with a shark added to all other monsters, but the story was readable. (3/5)
18. “Ambergis” by Kit Cox: Very good story that’s more of old-fashioned adventure with a measure of steampunk. (4/5)
19. “Silent Waters, Running Deep” by Gary McMahon: And one of the best authors of our times gives us a grim, bleak, dark and deep story, using words with such frightening precision as befits a sniper using his bullets. (5/5)
20. “You Are The Shark” by Al Ewing & Sarah Peploe: Crap. (0/5)

Overall: 70 out of 100, i.e. 3.5 out of 5. Hence 4 stars, rounding off things in a generous manner, especially since the editor deserves solid thanks for giving us an anthology with this particular theme.