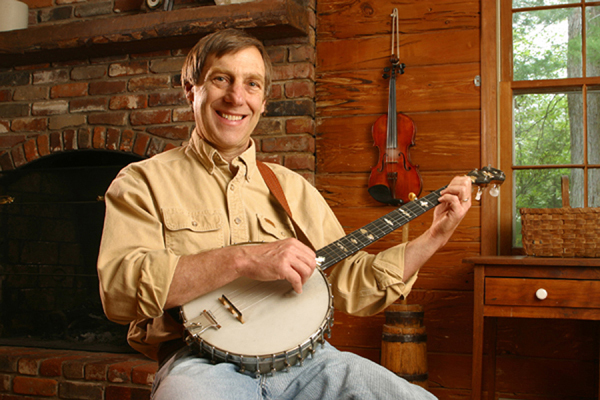 by Wayne Erbsen (Author)
5.0 out of 5 stars 2 ratings
See all formats and editions
Sorry, there was a problem loading this page. Try again.

The story of the railroad is an essential part of American history. There were few aspects of 19th century American life untouched by the railroad. The songs, stories, and even the jokes of the railroad all play part in telling its history. Although no one can say precisely when the first railroad stories and jokes were told, railroad music was published in Baltimore as early as 1828. Singing Rails is itself like a train. Each page is a boxcar or passenger car loaded with the songs, the jokes, and the stories of the people who lived the railroading life. Period photographs, etchings, playbills, and amusing anecdotes are combined with melodies and complete lyrics to create this engaging collection. While highly recommended for the history or railroad buff, this book should appeal to anyone who appreciates a good tune or a good yarn. From the true story of Casey Jones to the Wabash Cannonball, all of the tunes in this specialty songbook appear in guitar-friendly keys perfect for jam sessions. Includes a brief dictionary of railroad life.
Read more
Previous page
Next page
Tell the Publisher!
I’d like to read this book on Kindle

Wayne Erbsen has made it his lifelong passion to teach, collect, record, perform, write and publish Southern Appalachian music and folklore. A master of both the clawhammer and bluegrass banjo styles, Wayne also performs and records on fiddle, guitar and mandolin, and has authored twenty-eight books of instruction, lore and history. An instructor for over forty-five years, Wayne has taught literally thousands of people to play stringed instruments.

In addition to Wayne’s deep interest in old-time Appalachian and bluegrass music, he has also researched, recorded and written on numerous other themes of American culture such as The Civil War, Victorian life, log cabin culture, cowboys and pioneers, railroads and gospel music.

For the past twenty-four years Wayne has taught Appalachian music at Warren Wilson College in Swannanoa, North Carolina. He is an active instructor at his own teaching facility called The Log Cabin Cooking & Music Center in Asheville, NC. (www.nativegroundmusic.com). As a book publisher, he is the founder and general manager of Native Ground Books & Music (www.nativeground.com).

For radio listeners, Wayne has a popular radio show called “Country Roots,” which just celebrated its 25th anniversary on Asheville North Carolina’s public radio station, WCQS. Wayne’s show is now streaming, so you can listen to it live every Sunday evening from 7:00 - 9:00 PM EST at http://www.wcqs.org/.

Eldon Haworth
5.0 out of 5 stars Singing Rails/Railroad songs
Reviewed in the United States on 14 November 2012
Verified Purchase
I loved this little book. If you like old train songs and stories about them you should like this book.
Read more
One person found this helpful
Report abuse

elinor rosen
5.0 out of 5 stars Singing Rails/Railroad Songs
Reviewed in the United States on 14 January 2013
Verified Purchase
Singing Rails/Railroad Songs. This was for my husband who loves music and during college worked for the railroad and he really enjoyed this music.
Read more
One person found this helpful
Report abuse
See all reviews
Back to top
Get to Know Us
Make Money with Us
Let Us Help You
And don't forget:
© 1996-2022, Amazon.com, Inc. or its affiliates