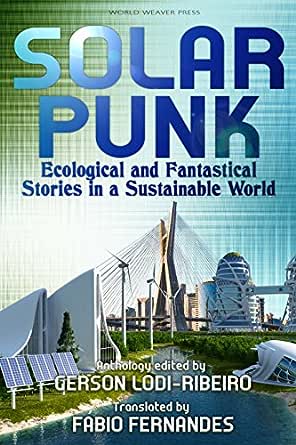 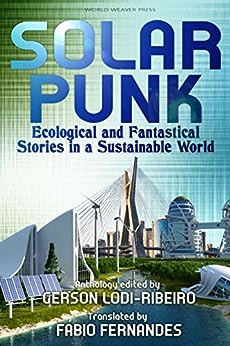 Releases December 1, 2020. Pre-order Sapiens now with Pre-order Price Guarantee.
If the Amazon.com.au price decreases between your order time and the end of the day of the release date, you'll receive the lowest price. Order now

Gerson Lodi-Ribeiro had two novelettes published in Brazilian Asimov's: hard SF Mythic Aliens and The Ethics of Treason. The latter was the first alternative history story in Brazilian and Portuguese science fiction. His alternative history novelette The Vampire of New Holland won the Nova Awards 1996, while his SF novelette The Daughter of the Predator won the Nautilus 1999. His main short fiction collections are: Other Histories..., The Vampire of New Holland, Other Brazils, Taikodom: Chronicles and The Best of Carla Cristina Pereira. Gerson has published four novels so far: Xochiquetzal: An Aztec Princess Among the Incas, The Guardian of Memory, The Adventures of the Vampire of Palmares and Strangers in Paradise. He has edited eight short fiction anthologies so far: Phantastica Brasiliana, How Lustful my Alien Girl Was!, Vaporpunk, Dieselpunk, Solarpunk, Fantastic Erotica 1, Super-Heroes, and Dinosaurs. Beyond the science fiction borders, he published Vita Vinum Est!: History of Wine in the Roman World.

Carlos Orsi is a writer and a journalist specializing in coverage of scientific topics from Jundiaí, São Paulo. He has published the story collections Medo, Mistério e Morte (1996) and Tempos de Fúria (2005), and the novels Nômade (2010) and Guerra Justa (2010). His works of fiction appear in anthologies such as Imaginarios v. 1 (2009), and in magazines and fanzines in Brazil and abroad.

Fábio Fernandes lives in São Paulo, Brazil. He has published two books so far, an essay on William Gibson's fiction, A Construção do Imaginário Cyber, and a cyberpunk novel, Os Dias da Peste (both in Portuguese). Also a translator, he is responsible for the translation to Brazilian Portuguese of several SF novels, including Neuromancer, Snow Crash, and A Clockwork Orange. His short stories have been published online in Brazil, Portugal, Romania, the UK, New Zealand, and USA, and also in Ann and Jeff VanderMeer's Steampunk II: Steampunk Reloaded, Southern Fried Weirdness: Reconstruction (2011), The Apex Book of World SF, Vol 2, and Stories for Chip. He co-edited (with Djibril al-Ayad) the postcolonialist anthology We See a Different Frontier. He is a graduate of Clarion West, class of 2013. --This text refers to the paperback edition.

3.0 out of 5 stars
3 out of 5
3 global ratings
How are ratings calculated?
To calculate the overall star rating and percentage breakdown by star, we don’t use a simple average. Instead, our system considers things like how recent a review is and if the reviewer bought the item on Amazon. It also analyses reviews to verify trustworthiness.

Mark Brown
4.0 out of 5 stars Brazilian Solarpunk-by-name alone
Reviewed in the United Kingdom on 20 December 2018
Verified Purchase
Sarena Ulibarri’s preface states that there is “much more written about solarpunk than there is solarpunk fiction itself” which is true and such self-awareness is valuable. These nine South America-based stories take liberties with whatever “Solarpunk” tries to define itself as. Big liberties. This is almost fun…. not a bad thing. These tales have little in common with “solarpunk”, instead they often focus on Brazilian-as-a-maybe-superpower. Intriguing. Previous Solarpunk collections have been dizzily-Utopian but the plot lines but THIS tome manages to avoid cliches by giving us ‘proper’ sci fi stories where the sustainable-energy-culture fades into the far background.

The stories are imaginative but the writing style seems a little stilted – almost as if the authors are trying to summarise a movie script they are pitching in Hollywood. It is possible that the translation into English may be slightly responsible. Given that the collection was crowd funded you would have thought that at least one of the crowd would have proof-read the final English version. Some of the translation gaffes are laughable. You don’t need to understand the original text to see that Steampunk does not translate into “Vaporpunk” despite the translator not repeating this mistake in a later bio. In one story the word “chair” appears to be translated as “car” whilst the same tract renders “I am fireproof” into utter gibberish. A little quality control would not have gone amiss.

What is nice is the mix of story-telling styles. Here we have everything from a who-dunnit to a sci fi thriller. We have vampiresque monsters and James Bondesque super-villains. Alternative histories, jam-packed with well-known historical figures, rub shoulders with gothic horror. You’ll witness an Iron Man-style superhero and a martial-arts-combat-revolutionary-super-soldier. Although the quality of storytelling is good there are no real stand-out moments. Nothing really makes you think or really informs your life philosophy. Nothing is really THAT ‘deep’. This is entertainment not art. Treat it as such and you won’t be disappointed.
Read more
Report abuse
See all reviews
Get FREE delivery with Amazon Prime
Prime members enjoy FREE Delivery and exclusive access to movies, TV shows, music, Kindle e-books, Twitch Prime, and more.
> Get Started
Back to top
Get to Know Us
Make Money with Us
Let Us Help You
And don't forget:
© 1996-2020, Amazon.com, Inc. or its affiliates