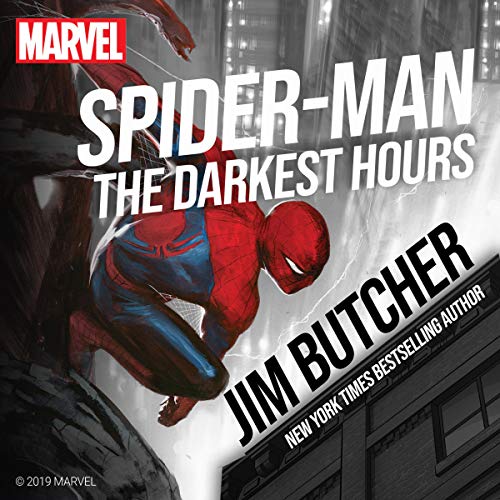 Peter Parker's life has hit a peaceful stretch. No evildoers have tried to flatten him in weeks, his marriage to Mary Jane is stronger than ever, and he's enjoying his job as a high-school science teacher. Life is good. Naturally, that doesn't last.

When Peter learns that his old enemy, the Rhino, is on a rampage in Times Square, he suits up as Spider-Man to stop the destructive villain in his tracks. But he's unexpectedly foiled in his attempts by the Black Cat, a former ally and old flame. The Cat informs Peter that the Rhino is just a distraction - the real threat comes from a group of Ancients, members of the same race as the being called Morlun, who Spidey defeated in battle years earlier. The Ancients are now looking to exact revenge - and hope to steal Spider-Man's life force in the process.

To defeat such powerful beings, Spider-Man is going to need all the help he can get, especially from the Black Cat. But what will Mary Jane Parker have to say about that? Peter isn't sure which is worse - the Ancients trying to drain his life force or the wrath of a jealous wife....

Read more
©2019 Marvel (P)2019 Marvel
Previous page
Next page
Learn more about membership
By completing your purchase, you agree to Audible’s Conditions Of Use and Privacy Notice.
Sold and delivered by Audible, an Amazon company

4.7 out of 5 stars
4.7 out of 5
116 global ratings
How are ratings calculated?
To calculate the overall star rating and percentage breakdown by star, we don’t use a simple average. Instead, our system considers things like how recent a review is and if the reviewer bought the item on Amazon. It also analyses reviews to verify trustworthiness.

crystaltipps_7
5.0 out of 5 stars Jim Butcher does Marvel
Reviewed in the United Kingdom on 6 September 2018
Verified Purchase
If you're a fan of the Dresden Files, you'll already know Jim Butcher likes to pepper his urban fantasy with lots of pop culture references. Here he gets a chance to immerse himself fully in the Marvel genre, and he has a great time with it. Spider-Man is a good fit for him and in Darkest Hours, he's also a grown-up. The Hollywood versions, endlessly remade and rebranded, would have us believe he's an eternal teenager; trapped forever as a relentlessly smart-mouthed kid, but here we get to take a peek at what he might be like as an adult. He still has all his superhero gifts and obligations, but he also has a wife, a day-job and a bunch of mundane, real-world responsibilities as well.

Half the enjoyment of this book stems from watching him figuring out how to juggle saving the city with keeping his job, and the rest comes from the classic, villain-of-the-week style plot; full of twists, turns, complications and cool cameos. It reads like JB had a lot of fun writing it, and I definitely had a lot of fun reading it. If you're looking for something weighty and soul-searching, better go elsewhere, but if you're in the market for something light and hugely entertaining, try this. It made me laugh out loud way more than once, and left me smiling.
Read more
Report abuse

R. Wood
4.0 out of 5 stars A great Spidey novel
Reviewed in the United Kingdom on 27 March 2007
Verified Purchase
Spider-Man: Coming Home was simply one of the most enjoyable stories I ever read. J. Michael Straczynski introduced such freshness and a new outlook on the lives of both Peter Parker and his alter-ego, by introducing new concepts regarding Spidey's origin, making Peter a high-school teacher to help kids where his alter-ego can't, an awesome new villain called Morlun, a sense of realism and first-class, new humour to the stories.

In the main continuity of Marvel Comics, follow ups consisted of the Ezekiel saga and The Other: Evolve or Die. But there was a lot of stuff that we still didn't know about Morlun. And that's where this novel comes in.

Spider-Man: The Darkest Hours takes place sometime after the end of the Ezekiel saga but before the events of The Other. And this is the point where Peter Parker's life is going great and trouble is naturally just around the corner. Or rather corners. The Rhino is back in town to cause havoc, the Black Cat is also back (to MJ's dismay) and Morlun's relatives have turned up, coming after Spidey for vengeance and a snack.

Unlike Spider-Man novels of the past, The Darkest Hours doesn't have an `adventure' feel to it. This is more like a detective novel, with Spider-Man and the Black Cat extensively researching the lethal race of the Ancients (to which Morlun and his relatives belong) in order to find out how to stop it before it's too late, but that's very good. It makes a nice change from the usual format of `Wham-bam! Stopping the evil supervillain and his diabolical scheme' and also provides a perfect opportunity to extensively cover some great revelations about Morlun and the Ancients.

Unfortunately, The Darkest Hours does suffer from the lack of a real plot, and also suffers because of some lacklustre villains. The Ancients present here, Mortia, Thanis and Malos, are pretty shallow in comparison to Morlun, lacking the qualities that made him so appealing, which is quite odd given that they're all from the same race as he is. You would've fought Jim Butcher could've made them all just as fascinating as JMS had made Morlun. Because Butcher does an absolutely fantastic job with providing an extensive background and history for the Ancients race, writing about their nature, motives, reasons and abilities.

Jim Butcher has done his homework here, and you can tell. Everything that's written here ties in perfectly with what JMS wrote in his stories, and is both faithful and respectful to what he did for Amazing Spider-Man. A secret look at just how big a monster Morlun was (told by his former, long-suffering slave, Dex) also adds more depth and fascination to the character.

What makes this book worthwhile is the writing. Even though this takes place after the end of the Ezekiel saga (and Spidey says it himself that he's done with the totemic possibilities regarding his origin), Butcher has written this novel in a way that allows Morlun and the Ancients to be used outside the Ezekiel saga and still maintain their greatness.

Another quality that Butcher's writing adds is the fact that it's written in first-person. This is Peter Parker telling the story as it happens, and it's simply great to hear in Peter's own words how he feels about the situation he's in. Whenever he's expressing his fear/haunted memories of Morlun, how he's going to survive this mess he's in, describing the action, what he thinks of this and that, and so on, you really do believe that it's Peter Parker speaking to you. His humour, compassion and desperation come across flawlessly.

Character and interaction are everywhere in this story. For instance, Butcher has got all the other supporting characters down to a tee. The Mary Jane/Black Cat interaction is portrayed as it should be, both friends but still somewhat rivals over their love for Peter. Their relationship is also intensified and somewhat resolved because of the events that happen here, making for great moments that are not in the least bit irritating.

The Spider-Man/Black Cat team-up and friendship has also been perfectly captured, and the guest appearance of Doctor Strange is justified by what goes on here and ergo, most welcome. One of the most pleasantly, surprising things about The Darkest Hours is the Rhino. While one of the elite in the wall-crawler's rogues' gallery, and a favourite of mine, I don't recall the Rhino being written this well before. He plays an important role in the story and you really come to sympathise with him over what happens to him, why he became a criminal and what it cost him. His interactions with Spidey, MJ and the Black Cat are also superbly done.

The fights are well written and full of realism, there are some quite shocking twists, and ala JMS, the author also writes some nice sub-plots for Peter Parker's life, such as helping a student at school, and MJ acting in a new play. It's similar, but different from what we've seen in the comics, therefore adding a great touch that all in all, helps build toward a satisfying conclusion.

While Spider-Man: The Darkest Hours cannot be called a perfect novel, it is nonetheless a novel of exceptionally high quality. It's a real treat to read because it has almost everything a great Spidey story needs. Characterisation, interaction and revelation. Highly recommended.
Read more
2 people found this helpful
Report abuse

Scrooge McDuck
3.0 out of 5 stars It's not that dark
Reviewed in the United Kingdom on 3 October 2012
Verified Purchase
I'm not really into comic-book novels. Many of them are churned out by working writers rather than artistic ones. Spider-Man: The Darkest Hours, however, is written by Jim Butcher, the creator of the popular Dresden Files series so I gave this one a shot.

Peter Parker has a bad week as he juggles substituting for gym class with battling ancient life-sucking deities. As if teenagers undermining his authority as a teacher wasn't bad enough the Ancients want him for lunch. Mary-Jane also struggles with her driving lessons and preparing for the lead in Hamlet. Look, this ain't high art, it ain't even high drama. Other reviewers have commented on Spidey doing detective work and unraveling the mystery of the Ancients with the Black Cat/Felica Hardy, but there is little to no intrigue here. It's a very flat, straight-forward novel with no epic moments and nothing to make it stand out from the pulp-trash genre it belongs to.

I did enjoy reading from Peter Parker's point-of-view and his narration was sarcastic and amusing, it's just a shame it tells such a low-octane story. I can't recommend this as anything other than a quick trash read. Sorry.
Read more
2 people found this helpful
Report abuse

travis lane
5.0 out of 5 stars Five Stars
Reviewed in the United Kingdom on 2 August 2014
Verified Purchase
delivery was fast and the item is as described
Read more
Report abuse

MikeG85
5.0 out of 5 stars Five Stars
Reviewed in the United Kingdom on 26 December 2014
Verified Purchase
Great idea and gift was loved by everyone.
Read more
Report abuse
See all reviews