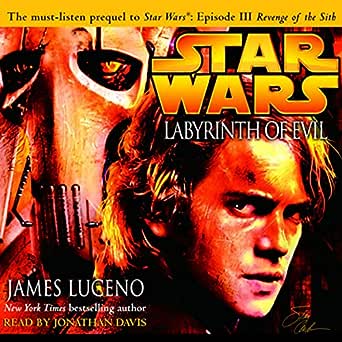 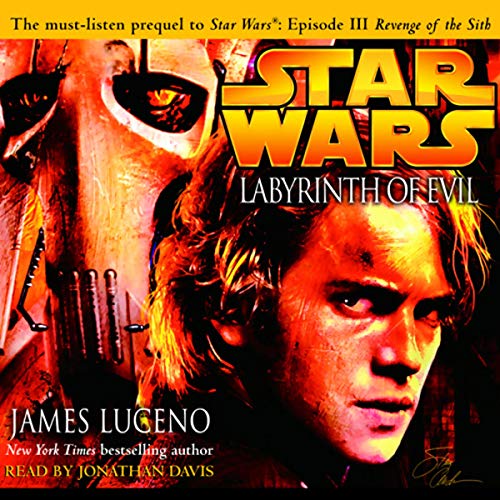 4.7 out of 5 stars
4.7 out of 5
277 global ratings
How are ratings calculated?
To calculate the overall star rating and percentage breakdown by star, we don’t use a simple average. Instead, our system considers things like how recent a review is and if the reviewer bought the item on Amazon. It also analyses reviews to verify trustworthiness.

Old Grim's Reviews
TOP 50 REVIEWER
5.0 out of 5 stars I hope this story finally gets its adaption in the new upcoming season of The Clone Wars in 2019.
Reviewed in Australia on 16 March 2019
Verified Purchase
A fantastic story told at a brilliant pace by Luceno. A hunt for clues will lead right up to the start of Episode III and does a lot better job than the animated series in 05 did to set up events. (Which was also a tie in to Episode III, strange by LucusFilm but that is a totally different story) I have owned the paperback for over a decade but when I saw the hardcover for 18$ BRAND NEW on Amazon I just had to replace it as I am trying to track down every EU Star Wars hardcover I can get my hands on.
I own the audiobook of this as well and Jonathon Davis does a great job at bringing it to life like he does with all his Star Wars audiobooks so I recommend the audio version as well. Even though it is abridged, sadly, it is still a great listen.
Read more
One person found this helpful
Helpful
Report abuse
See all reviews

A. Stenhouse
4.0 out of 5 stars amazing book
Reviewed in the United Kingdom on 8 November 2012
Verified Purchase
love how it sets up the seeds in anakin that will grow towards events of episode 3 and love grevius back story in this book. Great how they captured the humour bettween obi won and anikin so well in this story. There is only one issue |I have is the abduction of Palpertine the animated clone wars series has the events happen in such a different way only one can be considered correct and as during episode 3 grevious has breathing problems due to attack by Windu the clone wars series is the more correct one. Would have been good if he wrote it in a way that supported the show and happened at the same time. But besides that little flaw amazing book and so was Rise the sequel so get that to
Read more
Report abuse

Cam Brierley
4.0 out of 5 stars Great read
Reviewed in the United Kingdom on 30 June 2019
Verified Purchase
Another brilliant novel from James Luceno, Labyrinth of Evil does a great job of setting the scene for Episode III or for the novelisation of the movie. It sheds light on new worlds, all of which are as unique as the other and made for very interesting reading in my eyes, and has an engaging plot. The hunt for Darth Sidious reaches a terrific crescendo in this book which was my highlight of the story.
Read more
Report abuse

Cheryl day
4.0 out of 5 stars Great book.
Reviewed in the United Kingdom on 21 January 2021
Verified Purchase
This was for my son .. and he loved it .
Read more
Report abuse

Tim Smith
5.0 out of 5 stars Good read
Reviewed in the United Kingdom on 10 January 2018
Verified Purchase
Enjoyed it
Read more
Report abuse
See all reviews
Back to top
Get to Know Us
Make Money with Us
Let Us Help You
And don't forget:
© 1996-2021, Amazon.com, Inc. or its affiliates