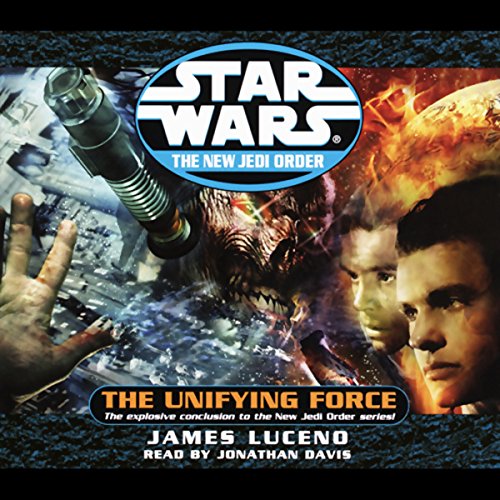 4.6 out of 5 stars
4.6 out of 5
143 global ratings
How are ratings calculated?
To calculate the overall star rating and percentage breakdown by star, we don’t use a simple average. Instead, our system considers things like how recent a review is and if the reviewer bought the item on Amazon. It also analyses reviews to verify trustworthiness.

Old Grim's Reviews
TOP 50 REVIEWER
5.0 out of 5 stars The conclusion to New Jedi Order
Reviewed in Australia on 21 March 2019
Verified Purchase
While the New Jedi Order series has had its highs and lows, which is to be expected in a 19 book series that is co-authored, it gets capped of in grand fashion.
Read more
Helpful
Report abuse
See all reviews

Mr Brooks
5.0 out of 5 stars Vongsense
Reviewed in the United Kingdom on 24 May 2013
Verified Purchase
Great use of the famous characters we know and love, facing a chillingly different threat.

May the force be with you, but not with them.
Read more
Report abuse

Mr Samuel P Vennall
5.0 out of 5 stars The new Jedi order
Reviewed in the United Kingdom on 28 January 2013
Verified Purchase
Fantastic series must read for any star wars fan, so, so epic. Funny in the right places heart-wrenching in others!
Read more
Report abuse

Ian Tapley
5.0 out of 5 stars The end of an era. And a good end, at that!
Reviewed in the United Kingdom on 11 January 2004
Verified Purchase
THE STORY:
The war with the Yuuzhan Vong hangs in the balance as the two forces gather strength. Meanwhile, the arrival of Zonama Sekot in the sky of Coruscant sends shockwaves through Vong society (literally and figuratively). Can the Jedi bring the war to an end without apocalyptic casualties on both sides?
WHAT'S GOOD:
Where to start? I enjoyed the fact that the story seems at first to be just another episode in the series and then, with the confrontation at Coruscant, it suddenly becomes clear that this is the final part of the series and that one way or another it all ends here. That feeling of knowing that soon you'll see what final surprises are in order and discover just how the devastating war pans out. It's all well written and Luceno doesn't skimp on description where most necessary, such as on Selvaris and Caluula. Ultimately, however, this book's strongest factor (and the reason that all Star Wars EU fans should read it) is the way in which Luceno uses his particular talent for drawing on other sources to tie the entire Star Wars fiction franchise together. There's a Rothana transport from 'Attack of the Clones' in the assault on Coruscant, Boba Fett is present, Rogue and Wraith squadrons are in action again, the painting from 'Tatooine Ghost' turns up, the Smugglers Alliance plays a part, there are familiar characters among the Jedi such as Keyan Farlander (from the 'X-Wing' PC game), Kyle Katarn (from the 'Dark Forces' series) and several others, plus there's more of characters specific to the NJO such as Danni Quee, Tresina Lobi, Harrar, Nas Choka, Traest Kre'fey and more. In all the books of the Star Wars EU, never have I encountered one so crammed with cameos and yet still so plausible. Finally, I'd like to complement the NJO team on actually bring Nom Anor to an end in keeping with his character and not some cheezy Bond-villain-style death.
WHAT'S BAD:
Not enough to put you off, I should imagine. Sometimes the number of events going on one after the other makes parts seem a bit rushed. The only other problem I had was the betrayal of Boba Fett's character. I don't mean in his formation of a new Mandalorian army (I can believe that he'd do so in honour of Jango), but what I mean is his assertion that his personal conflict was always with the Jedi. I see where Luceno got that, with Jango's death at Mace Windu's hands, but the point of Boba was that he exceeded Jango's renown by being with out personal agendas of any kind, being almost machine-like in his pursuit of his prey without passion. If he had a personal vendetta against the Jedi, then his part in the Young Jedi Knights series would be way off, seeing as how he rescues the Jedi when payed to do so.
By this book or I shall give you a dovin basal disguised as a hat and make a moon fall on your head!
Read more
11 people found this helpful
Report abuse
See all reviews
Back to top
Get to Know Us
Make Money with Us
Let Us Help You
And don't forget:
© 1996-2021, Amazon.com, Inc. or its affiliates