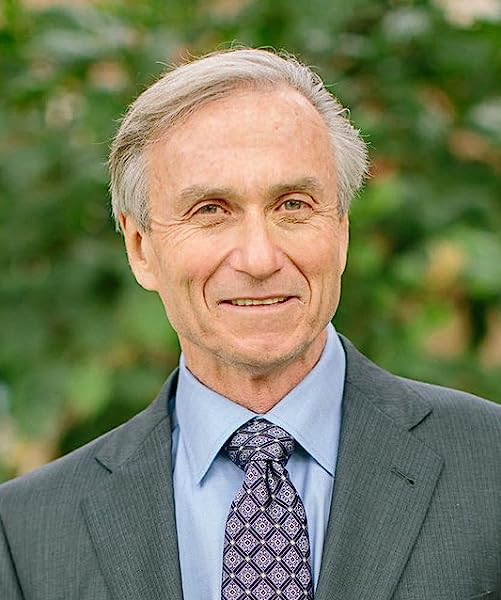 The Starch Solution: Eat the Foods You Love, Regain Your Health, and Lose the Weight for Good! Paperback – Illustrated, 1 May 2018

Releases January 22, 2021. Pre-order Ready Player Two now with Pre-order Price Guarantee.
If the Amazon.com.au price decreases between your order time and the end of the day of the release date, you'll receive the lowest price. Order now

"Dr. John McDougall is the dean of medical practitioners in nutrition-centered medicine because of his incredible accomplishments, knowledge, and courage to stand up for what he believes. Thousands of his patients know him as an icon. When you read this book, you will too."--T. Colin Campbell, PhD, coauthor of The China Study

John A. McDougall, MD, has co-authored many bestselling books with his wife, Mary, and is featured in the documentary and book Forks Over Knives. He cares for patients and teaches medical doctors and students at the McDougall Live-In Program in Santa Rosa, CA.

4.6 out of 5 stars
4.6 out of 5
3,756 global ratings
How are ratings calculated?
To calculate the overall star rating and percentage breakdown by star, we don’t use a simple average. Instead, our system considers things like how recent a review is and if the reviewer bought the item on Amazon. It also analyses reviews to verify trustworthiness.

Jacqui
3.0 out of 5 stars Not good if you are insulin resistant
Reviewed in Australia on 28 March 2015
Verified Purchase
The Starch Solution was my health Bible for a long time. I loved it and after finishing reading the book I totally embraced a High Starch Vegan diet. Who wouldn't like this way of eating, I mean I was having baked potatoes (no oil) for lunch with Corn Tortillas and beans for dinner. I even bought a microwave contraption so that I could make my own potato chips (no oil) At the end of twelve months I had neither gained nor lost any weight. My doctor said I was obese (yes, he had no bedside manners) I was adamant that my diet would work and following the advice of fellow "High Carbers" I tried to lower my fat consumption even more. I was 'frying' in water, completely eliminated oil from my diet. No more tahini or any other possible contributors that might affect my weight loss. Sadly my weight did not budge. Another doctor visit, this time for blood test. I was so excited because I believed with all my heart that the results would validate my diet. Sadly this wasn't the case. My cholesterol was up, my triglycerides were through the roof and my blood sugars were very high. I left the surgery in tears. How could something that make so much sense not be working for me? Well it is only now, six months down the track that I can reflect on what I think the problem was. I am pre diabetic and although I considered my diet healthy with all the vegetables and salad I was eating (along with the starches) It was mostly Carbs. Pre Diabetes plus Carbs = high insulin levels and an inability to lose weight along with high triglyceride levels. Another thing that I noticed was that by restricting my fat intake I was experiencing terrible mood swings. It was only once I rectified that (after stopping the diet) that I noticed my moods were much more stable.
I believe that for the majority of people this diet would work. I witnessed first hand a number of people who lost a tremendous amount of weight following the diet. But for those who are older and have insulin resistance like myself, it is not going to work. I couldn't have tried harder but that was detrimental to my health.

Dianne D.
5.0 out of 5 stars Great explanation of importance of starch
Reviewed in Australia on 8 January 2021
Verified Purchase
It was delivered within a couple of days of ordering. I’m already eating a WFPB no oil diet so was keen to understand the importance of starches. I love McDougall’s work.
Read more
Helpful
Report abuse

Kim van Beelen
5.0 out of 5 stars Makes sense out of all the missinformation
Reviewed in Australia on 16 March 2020
Verified Purchase
I follow this author and trust his advice
Read more
One person found this helpful
Helpful
Report abuse

inge boyd
5.0 out of 5 stars A new and healthy view of looking at food.
Reviewed in Australia on 17 February 2020
Verified Purchase
Love this book! All very informative and helpful to me.
Read more
One person found this helpful
Helpful
Report abuse

LDB
5.0 out of 5 stars Baked potatoes are acceptable again!
Reviewed in the United Kingdom on 20 July 2019
Verified Purchase
This book is NOT a fast fix diet, but it does argue very sensibly for not omitting carbs entirely from your diet. Free sugars and bad fats are the baddies, but most people know that by now, anyway. For a maintenance diet, or for a slow steady loss of a few pounds, you could do a lot worse than this book, and once you've ploughed through all the science and case studies, there are some good sensible recipes at the end. I like it a lot, as I'm a carb lover, but it might not appeal to everyone.
Read more
15 people found this helpful
Report abuse

Amazon Customer
4.0 out of 5 stars Full of energy
Reviewed in the United Kingdom on 22 February 2017
Verified Purchase
Great book. I have only lost 2 lbs so far. And it's been a month. I will continue to eat this way for a couple more months to see. Losing very little weight is not a big deal, because I feel great. I no longer need or want a nap. I have so much energy, I have never felt like this before.
Read more
34 people found this helpful
Report abuse

Astrid Rathbone
5.0 out of 5 stars Great book that makes sense!
Reviewed in the United Kingdom on 5 November 2016
Verified Purchase
Love this book, so informative!
John Mcdougall is a legand. I think it is so much easier than I thought to eat healthy. Good honest simple diet. What I was looking for but just didnt know it

discerningreader
5.0 out of 5 stars Life Changing
Reviewed in the United Kingdom on 14 July 2020
Verified Purchase
Everyone should read this. It's a scientifically validated way of eating that is healthy, filling, tasty and cheap.

I needed to cut dietary cholesterol and came across this in general browsing. It convinced me to give up animal protein about 2 months ago. Basically it's going vegan, but not for the normal reasons.

I haven't missed it at all. I eat whatever I want, as much as I want. Including chips, crisps, pizzas, curries, etc. Loads of variety and flavour - more in fact than when meat/fish etc are in the recipe.

I am not being 100% strict on the dairy side - as it's for my health and I can be flexible. So I have allowed an occasional a bit of cheese when it's an ingredient - eg on pizza. I tried a bit of fish and chicken the other day, just as a protection against eating somewhere where there is no alternative, but it didn't do anything for me - less taste than the veggie alternative.

Results = I have lost about half a stone and feel great.

Beauty Girl
5.0 out of 5 stars This book has totally changed my way of eating. ...
Reviewed in the United Kingdom on 17 May 2016
Verified Purchase
This book has totally changed my way of eating. I've been trying to switch to a plant based diet, but until reading this book, was not successful. There are so many health benefits from eating a plant based diet, and this book explains everything you will need to know to make the switch successfully.
Read more
28 people found this helpful
Report abuse
See all reviews
Get FREE delivery with Amazon Prime
Prime members enjoy FREE Delivery and exclusive access to movies, TV shows, music, Kindle e-books, Twitch Prime, and more.
> Get Started
Back to top
Get to Know Us
Make Money with Us
Let Us Help You
And don't forget:
© 1996-2020, Amazon.com, Inc. or its affiliates